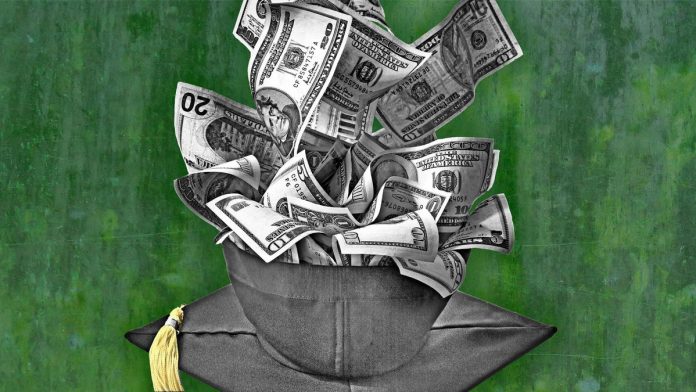 Despite limitations on in-person classes and the financial pain caused by the pandemic, the 50 richest private colleges are offering little relief.

Instead of walking to class in one of Yale’s picturesque Gothic buildings, meeting friends in the library for group projects or discussing lectures face to face with guest speakers during the evening events that distinguish the Ivy League experience, most of junior Reilly Johnson’s education this fall takes place on a Zoom screen inside her off-campus apartment in New Haven, Connecticut.

Although Yale and other schools are spending freely on Covid-19 testing and masks to keep their campuses healthy, Johnson can’t help but feel a bit cheated. She notes that Yale is cutting back some educational expenses, including less staff in the library and reduced hours. Yet Yale is charging Johnson and other students $57,700 in tuition this academic year, a 4% increase from last year’s rate.

Yale’s endowment has never been bigger, returning 6.8% in its fiscal year ending in June and growing to $31.2 billion, or about $2 million per full-time student. Harvard and Dartmouth’s endowments both are up better than 7% in that time, and Brown’s enjoyed a knockout year with a 12.1% return. But all of these schools and most of their peers, among elite colleges, have raised their prices during one of the worst recessions in history.

These colleges are not shouting about their price hikes, of course. If they are acknowledging the bad news at all, it’s usually buried near the bottom of their coronavirus FAQ pages, cushioned by platitudes about how students still have access to their world-class faculty whether they’re in a classroom or on a Zoom call, and the assertion that the cost of educating a student is greater than their increasingly exorbitant tuition fee.

Of the 50 institutions with at least 1,000 students that have the most endowment dollars per student, one of the key metrics Forbes uses to evaluate a college’s financial health, only Princeton, Williams and Whitman College substantially cut their full-year tuition rates (see table below). Lafayette College is offering a 10% discount for the fall semester for students living away from campus only, and schools like Stanford, MIT and Grinnell are offering and expanding relief in other ways.

Fourteen of the 50 richest schools are freezing tuition at 2019’s rate, but no fewer than 30 are pressing forward with previously announced tuition hikes, shrugging off the pandemic.

America’s families are reeling from the Covid recession but that hasn’t stopped many of America’s richest colleges from raising tuition rates for the 2020-21, even as classes go online.

“Why not tap more deeply into the endowment? You have to understand that the endowment is not this large fund of uncommitted money,” says Ronald Ehrenberg, director of the Cornell Higher Education Research Institute. “There is this tradeoff about trying to do things in an emergency and what the long-run impact is for the university.”

Although all 50 of these institutions have more than $300,000 per student in their endowments, enough to cover four years of the full cost of attendance and then some, the Uniform Prudent Management of Institutional Funds Act puts restrictions on nonprofit endowment spending in 49 states (Pennsylvania has its own set of regulations). Typically no more than 5% of an endowment is spent each year and of the money that does get spent, a sizable chunk is earmarked for endowed professorships, scholarships and research grants.

That means that outside the select group of institutions with the largest cash piles, much of their financial aid cost is subsidized by wealthy families paying full tuition. Ehrenberg says tuition revenue accounts for 80% of Cornell’s financial aid costs. Cornell joined four of its Ivy League counterparts in raising tuition this year despite its $7.2 billion endowment, which falls just outside the top 50 on a per-student basis.

Elite schools’ assertion that bloated tuition fees are necessary to provide enough financial aid to low-income students has some validity. Although the published tuition price at private nonprofit institutions has soared more than 50% since 2000, the net price that families actually pay on average has remained mostly flat. In a time of increasing income inequality, annual tuition increases effectively serve as a tax on wealthy parents to make their children’s schools more affordable for everybody else.

But most of these 50 schools have the ability, if not the desire, to withstand a temporary revenue hit. Several schools did offer a blueprint for how to do more to tap into their endowments.

Berea College, a small college in Kentucky with an extensive work-study program, depends on its billion-dollar endowment to offer free tuition to all 1,650 of its students. That’s a special case, but Georgetown, Johns Hopkins and Hampton, none of which have enough endowment dollars per student to crack the top 50, all one-upped most of their peer schools by cutting tuition this year. Stanford implemented one of the steepest tuition increases of any school but also approved a 3% increase in its endowment payout to support financial aid, making 2020-21 tuition fully covered for families making under $150,000 a year, up from $125,000 previously.

Part of the tuition is being around such smart people and having discussions and sections in person. It’s challenging to justify the same cost.

MIT, with $1.4 million per student in its endowment, was perhaps the most generous despite keeping its tuition constant at last year’s rate—it gave all of its undergraduates a one-time $5,000 grant, no strings attached. Grinnell College, a small liberal arts school in Iowa, which has Warren Buffett’s investment advice to thank for its healthy endowment, offered a similar $2,500 grant, more than enough to cover its tuition increase.

“If you want something that gives back to everyone, rich and poor, that does it,” says David Feldman, a professor of economics at William & Mary specializing in higher education. “If you only cut list price tuition, that cut can go only to those who actually pay that price.”

The 29 schools that moved all or most of their classes online were more likely to at least freeze prices, though 13 still overlooked this disruption by raising tuition. Seventeen of the 21 institutions using a hybrid model or managing to hold most classes in person did the same.

Prashanth “PK” Kumar, a senior at Harvard, started an online petition urging the school to reduce its tuition when it announced it would be going fully online in July. A couple weeks into the fall semester, he was pleasantly surprised with the quality of his online classes compared with the “poor” transition last spring when the shift to remote learning was more abrupt, but he still feels that it’s impossible to mimic the education on Zoom.

“Part of the tuition is being around such smart people and having discussions and sections in person,” Kumar says. “It’s challenging to justify the same cost.”

The number of students taking a gap year or deferring first-year enrollment have jumped, though fears of a mass exodus haven’t come to fruition. Community colleges have seen more significant enrollment declines than private nonprofit institutions, according to the National Student Clearinghouse Research Center.

Ultimately, Feldman notes the demand for what’s perceived to be a top-shelf education is inelastic, in economic terms. It doesn’t change much as the price changes, and there will always be those willing to pay whatever it takes for the prestige of premier universities, as long as they keep their rates in the same ballpark as their peer institutions.

“If they don’t like the fact that they’re still paying the same price to send Jill to Yale, they can always have Jill go to a community college,” Feldman says. “I’ve said that in a rather provocative way, right? Because they’re not going to do that.” 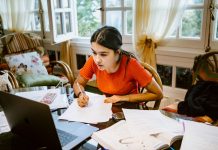 Why Is Writing So Hard To Teach? 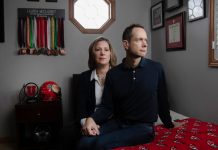 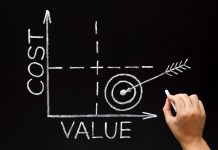 What Is The Return On Investment From A Liberal Arts Education? 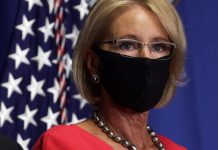 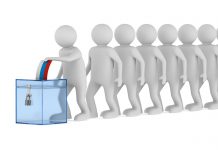 Boris Johnson should backtrack on free school meals. But the damage is done | Gaby Hinsliff 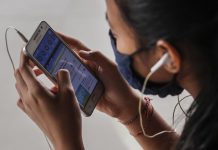 Why We Decided To Homeschool Our Children This Year