Washington Redskins running back Adrian Peterson told reporters Tuesday he would not comment on a lawsuit filed against him by a lender claiming he had defaulted on a multi-million dollar loan. Less than 24 hours after he spoke, his lawyers filed his response to the creditor seeking a ruling for more than $7.5 million from the player (up 44 percent from the original amount).

In the latest filing, Peterson claims the lender, DeAngelo Vehicle Services (DVS), may have — yes, “may have” — forgiven $2 million of the original $5.2 million loan he took out in 2016. And he wants another $1 million taken off if the lender collects on an insurance policy.

The dueling figures set up a high-stakes hearing next week in which the lender is seeking a ruling from the judge that the running back now owes them the $7.5 million, while Peterson wants the court to order extensive discovery into DVS starting with a 2017 tax form. 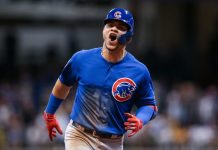 Willson Contreras will have to create his own electricity this season

[Washington Post] – Most re-brands take months. Washington’s NFL team only has a couple of weeks. 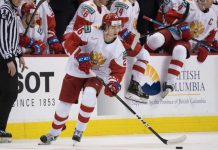 Canadiens, agent racing against the clock to get Alexander Romanov to the bubble

What’s in a name change? The logistics of retiring and creating a team nickname 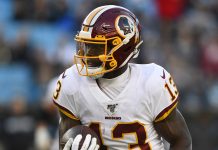 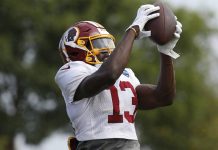