WASHINGTON — The House gave final approval on Tuesday to legislation that would raise the debt ceiling into early December, postponing the threat of a first-ever federal default even as Republicans vow to reimpose their blockade on a longer-term solution.

The vote was 219 to 206 to pass the bill, clearing it for President Biden, who was expected to swiftly sign it only days before the Oct. 18 date by which the government is set to breach the statutory borrowing limit and be unable to meet its obligations. The legislation lifts the debt ceiling by $480 billion, which the Treasury Department has estimated is enough to last until at least Dec. 3, setting up yet another deadline for Congress to break its logjam over the issue.

The temporary extension was necessary because Republicans had blocked Democrats’ legislation to provide a longer-term increase, demanding that they do so through a complex and time-consuming budget maneuver instead of through normal channels.

Last week, a handful of Senate Republicans temporarily dropped their party’s monthslong obstruction to a debt limit measure and voted to break a filibuster of the short-term bill, allowing it to come to a vote in that chamber. But Senator Mitch McConnell of Kentucky, the minority leader, has since warned President Biden that his party would not break ranks again.

On Tuesday, every House Republican voted against raising the debt ceiling even for a matter of weeks, as Democrats pleaded for bipartisan support.

“What do you have against our own economy, where this catastrophe of unbelievable proportions could have impacts for over 100 years?” Speaker Nancy Pelosi of California said, addressing Republicans before the vote. “Don’t you care about that?”

It is not unusual for members of the party out of power to oppose raising the debt limit, a vote that can expose lawmakers to charges of enabling profligate federal spending. But this year, Republicans have taken the obstruction to new heights, actively preventing Democrats from even bringing such legislation to a vote under normal procedures.

Democrats pushed through the increase on Tuesday as part of a procedural move to set up future votes on three additional pieces of legislation, including one to expand breastfeeding accommodations at work, a bill to ensure older Americans are not excluded from the workplace, and another to strengthen protections and services for survivors of domestic and family violence. The maneuver spared Democrats from taking a distinct vote to raise the debt ceiling, which Republicans further criticized on the House floor.

In passing the temporary increase, Democrats were clearing the way to refocus on pushing Mr. Biden’s legislative agenda through Congress. They hoped to use the coming weeks to resolve intraparty divisions over a sprawling domestic policy bill that is intended to address climate change, shore up public education and health care benefits, provide for paid leave and home care, and increase taxes on businesses and the wealthy.

The party is wrestling with how to narrow the package’s original $3.5 trillion price to about $2 trillion. Ms. Pelosi warned Democrats on Monday that “difficult decisions must be made very soon” on how to do so.

Democrats are using a fast-track budget process known as reconciliation, which shields legislation from a filibuster, to muscle that bill through Congress over unanimous Republican opposition.

In retaliation for that move, which was also used to unilaterally pass the $1.9 trillion pandemic relief package this spring, Republican leaders have demanded that Democrats also use reconciliation to raise the debt ceiling.

“I will not be a party to any future effort to mitigate the consequences of Democratic mismanagement,” Mr. McConnell wrote in a scathing letter to Mr. Biden on Friday, one day after joining 10 other Republicans in allowing the short-term increase to move forward. “Your lieutenants on Capitol Hill now have the time they claimed they lacked to address the debt ceiling.”

The current debt limit was set at $28.4 trillion on Aug. 1, and the Treasury Department has since relied on so-called extraordinary measures to delay exceeding the borrowing cap.

What is the debt ceiling? The debt ceiling, also called the debt limit, is a cap on the total amount of money that the federal government is authorized to borrow via U.S. Treasury bills and savings bonds to fulfill its financial obligations. Because the U.S. runs budget deficits, it must borrow huge sums of money to pay its bills.

When will the debt limit be breached? After Senate leaders agreed to a short-term deal to raise the debt ceiling on Oct. 7, the Treasury estimated that the government can continue borrowing through Dec. 3. The deal sets up yet another consequential deadline for the first Friday in December.

Why does the U.S. limit its borrowing? According to the Constitution, Congress must authorize borrowing. The debt limit was instituted in the early 20th century so the Treasury did not need to ask for permission each time it needed to issue bonds to pay bills.

What would happen if the debt limit was hit? Treasury Secretary Janet Yellen told Congress that inaction on raising the debt limit could lead to a self-inflicted economic recession and a financial crisis. She also said that failing to raise the debt ceiling could affect programs that help millions of Americans, including delays to Social Security payments.

Do other countries do it this way? Denmark also has a debt limit, but it is set so high that raising it is generally not an issue. Most other countries do not. In Poland, public debt cannot exceed 60 percent of gross domestic product.

What are the alternatives to the debt ceiling? The lack of a replacement is one of the main reasons the debt ceiling has persisted. Ms. Yellen said that she would support legislation to abolish the debt limit, which she described as “destructive.” It would take an act of Congress to do away with the debt limit.

“Democrats are now in control of the House, Senate and the White House — they can pass a debt-limit extension using their majority,” said Representative Michelle Fischbach, Republican of Minnesota. She criticized the temporary increase — a proposal first raised by Mr. McConnell, who rejected any longer-term rise — as legislation that “accomplishes nothing more than kicking the can down the road on something that should be addressed now.”

The trillions of dollars in debt have accumulated under policies approved by both parties, and Democrats have pointed out that some members of their party joined Republicans in raising the debt ceiling when the G.O.P. controlled the White House, including under former President Donald J. Trump.

They have so far dismissed Mr. McConnell’s demand for them to use the reconciliation process to address the debt ceiling, which would most likely take up many hours on the Senate floor and require dozens of votes.

Ms. Pelosi floated the prospect on Tuesday of eliminating the perennial partisan stalemates over the debt limit by transferring responsibility for lifting the borrowing cap to the Treasury Department, and merely giving Congress the ability to block a proposed increase.

“That seems to have some appeal to both sides of the aisle because of the consequences to people of not lifting it,” Ms. Pelosi said, adding “I do think it has merit.”

Jen Psaki, the White House press secretary, did not rule out such a solution once Congress finds its way out of the current crisis.

“There’s plenty of time after that to have a discussion about what it looks like moving forward,” Ms. Psaki said on Tuesday at her daily briefing. “There’s no question that we don’t want it to be a political football anymore in the future.”

For now, Congress has created yet another deadline to avoid fiscal calamity. The Dec. 3 estimate for when the new debt limit will be reached is the first Friday of that month, the same day the government will shut down should Congress fail to agree on and pass the dozen annual spending bills. 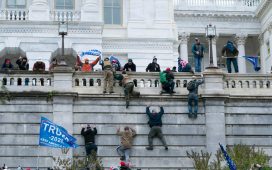 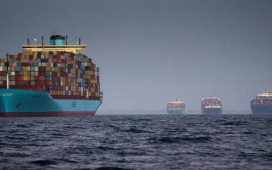 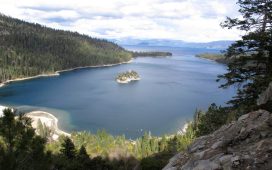 AP-NORC/EPIC poll: Majority in US concerned about climate 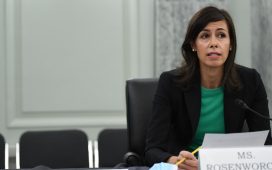 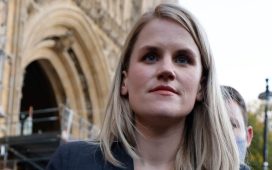 Misinformation, violence and social media: Five things we learned from the Facebook files 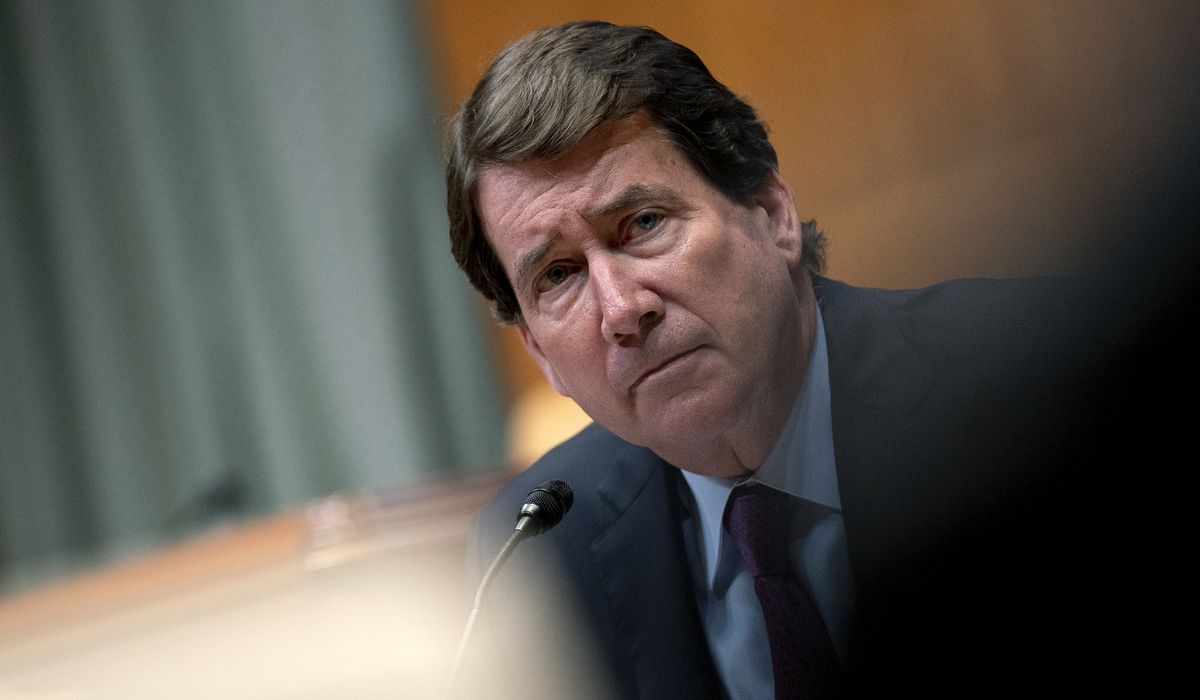 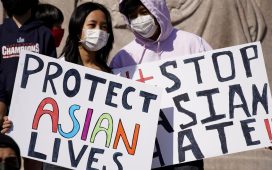 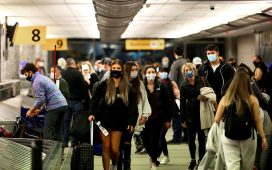 Some From Nations With Low Rates and Unvaccinated Children to Be Exempted From U.S. Travel Rules