The 24-year-old, who plays Princess Diana in the upcoming fourth season of The Crown, has spent the last year cavorting around in an impressive selection of en-vogue Nineties ensembles while filming the hit show.

Her Instagram feed is no exception. In a recent picture, she shared a snap of herself wearing a red Fiorucci vest, with her arm nonchalantly lifted, showing off a bush of armpit hair.

Corrin is not the only one proudly bearing arms: armpit hair is back, and nearly one in four women under the age of 25 have stopped shaving their underarms.

We have seen it before but this time is the new laissez-faire approach to grooming a total reset?

Armpit hair has come and gone for years. Long before Corrin was born, fellow actor Sophia Loren was no stranger to displaying bushels of armpit fluff, while Grace Jones’s underarm fuzz was a cool complement to her gender-bending style in the Seventies and Eighties.


The first full issue of Gloria Steinem’s Ms. magazine, which was published in July 1972, featured an article titled Body Hair: The Last Frontier, in which it criticised shaving as an “embodiment of our culture’s preoccupation with keeping women in a kind of state of innocence, and denying their visceral selves”.

And Steinem is having a renaissance thanks to BBC Drama Mrs. America, in which Rose Byrne plays her. Then there have been campaigns like Januhairy, to break down all the taboos around armpit hair.

But how far is this latest development a product of lockdown? When beauty salons shut down in March, even the most well-groomed were forced to confront their own pilosity with hairdressers and beauty salons closed.

For many it was a relief. I for one have always adopted a fairly half-hearted approach to hair removal, finding it too laborious.


The fashion world is full of role models for armpit hair acceptance. Ashley Graham, Willow Smith and Amandla Stenberg are all showing off theirs. Stenberg has done so at red carpet events and Graham has said her mother is disguisted with her but she just doesn’t care. Gigi Hadid has also been photographed with hers and brands have cottoned on too.

Last year, Nike faced criticism from the body-hair haters when it featured model and musician Annahstasia Enuke posing with visible armpit hair in a campaign, and just a day later the deodorant brand Nuud responded to a backlash against its own advert that featured underarm hair.

Despite its being a razor company, New York-based subscription-service Billie has also championed hirsuteness in its campaigns. It runs Project Body Hair, an image library of hair in all sorts of places it’s not supposed to be. The images are arresting and beautiful — no wonder they have been viewed more than three billion times.

Hair under there serves a purpose. It works as a conveyor of pheromones, the scented molecules that, essentially, abet human mating, by giving each person his or her particular alluring scent. Armpit hair (and hair around the nipples, and some groin hair) grows on top of the sweat glands that produce a body’s natural smells, working as a sort of human fragrance diffuser, which allows one’s personal scent to waft into the atmosphere and announce one’s presence and fertility to potential mates.

Spritz those pits: the rise of the natural deodorant


Looking to grow yours too? Armpit hair is estimated to grow at a rate of one inch per month, so it should take between one to two months to sport some Willow Smith-worthy pits. In the meantime adopt a nourishing body hair oil such as Fur (meant for pubic hair but why not kill two birds with one stone?) which will ensure underarm hair is kept soft and subtle.

Now for the less glamorous bit. We are living in perspiration-inducing times, so keep it clean. “Natural deodorants work by using natural ingredients to combat the bacteria that feed on sweat,” says Dr Simon Jackson, founder of the award-winning Modern Botany natural deodorant.

His Modern Botany creation (£25, buy now) comprises a blend of 11 essential oils which are known for their anti-bacterial properties, including tea tree and coriander seed oils which promise to keep odours and bacteria at bay while smelling wonderful.

The takeaway is clear: the armpit hair, don’t care brigade (and what a cohort of cool kids it is) are coming to recruit us all, banishing all proclivities to pre-pubescent baldness as they go. It’s time to put the razors down. 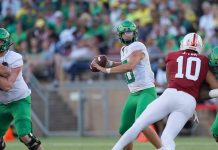 Pac-12 Will Play Football After All 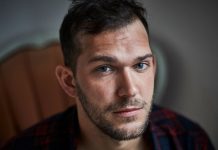 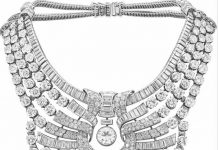 Back To School Jewelry Reads 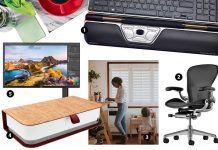 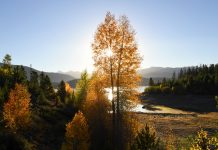 Where to go leaf peeping in Colorado, according to an expert 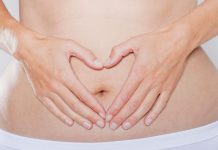 'Our gut bacteria could guide us to cures for major diseases' 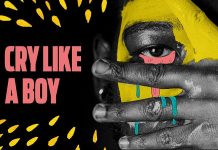 Cry like a Boy: because being tough all the time hurts 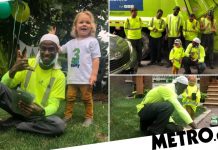 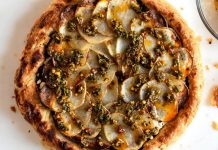