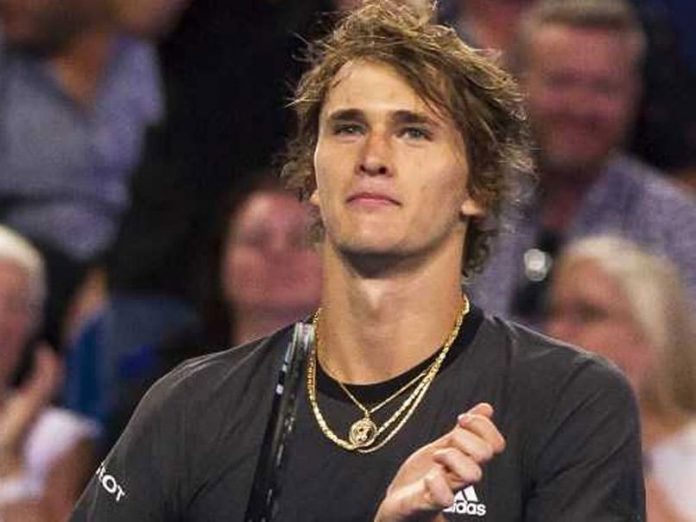 Zverev, ranked fourth and playing in his fourth successive Hopman Cup, then secured the tie for the Germans with a 6-4, 6-3 win over Matthew Ebden.

That means the final will feature the same four players as last year, a first for the tournament in what is expected to be its final instalment.

Switzerland claimed their country’s third Hopman Cup last year, with Federer, who first won the title in 2001 with Martina Hingis, and Kerber winning their respective singles and the Swiss taking the deciding mixed doubles. After overpowering a stubborn Ebden, Zverev said he and Kerber were motivated by last year’s loss in the final.

“It’s nice to be back in the final and play Switzerland, who we lost to in a very close match last year,” he said. “That is why me and Angie decided after last year’s match that we were going to come back to Perth.

“Hopefully I can give Roger a better match than last year.

“I hope it (final) is going to be just as exciting as last year, but just going the other way.”

Kerber had a little bit too much class for Barty in their match, the German stretching her unbeaten singles run in Perth to seven matches with the straight sets win in 74 minutes.

“I served good and was moving well and Ash is always a tricky opponent,” Kerber said.

Earlier, Spanish star Garbine Muguruza collected her first singles win over the new season, but also picked up a thigh injury that forced her out of the mixed doubles as Spain beat France 2-1.

The dual Grand Slam champion and world number 18 had lost her two previous singles matches in Perth to Kerber and Barty.

However, she overcame the injury to beat Frenchwoman Alize Cornet, herself troubled by a back injury throughout the match, 6-1, 6-3.

Muguruza had treatment after the third game of the first set against Cornet, by which time she had two breaks of serve and a 3-0 lead, and returned to the court with her left thigh heavily strapped.

Muguruza said it was a confidence boosting win and while she didn’t believe the injury was serious, she said the leg was causing significant discomfort.

Muguruza is scheduled to continue her Australian Open preparation in Sydney next week.

In a see-sawing men’s singles match, veteran David Ferrer was in early control but ultimately needed a third set tie-break to win 6-4, 6-7 (5/7), 7-6 (7/2) after a typically lengthy rally on match point.