“Homeland” reached another milestone in its final season with the passing of a fan-favorite character who has been with the show since its inception.

SPOILER ALERT: The following includes spoilers for “Threnody(s),” episode 8 of the eighth and final season of Showtime’s “Homeland.”

Carrie Mathison has said goodbye to a longtime ally in her quest to battle terrorists and navigate post-9/11 U.S. national security politics on the Showtime political thriller.

In “Threnody(s),” episode eight of “Homeland’s” eighth season, Claire Danes’ intrepid CIA agent has to come to grips with the death of Max Piotrowski, the computer whiz played by Maury Sterling. Max has long been a secret weapon for her missions thanks to his skill at navigating complex computer networks, communications and surveillance systems, as well as his near-blind loyalty to the brilliant and bipolar agent who often goes rogue.

Piotrowski’s death was signaled at the close of episode seven, “F—er Shot Me,” but viewers saw Mathison confront the loss of her loyal soldier in episode eight. She had gone to great lengths to spearhead an elaborate rescue effort for Max in cahoots with her former Russian counterpart and tormentor, Yevgeny Gromov, played by Costa Ronin.

As “Homeland” entered its final season, Sterling was the first to express his surprise at his character surviving throughout the entire run given the high body count for those who work closely with Mathison. Max even had his own heartbreak storyline in “Homeland’s fourth season when he fell in love with a Fara, an Iranian American woman recruited as a CIA asset by Mathison. Fara wound up being killed by the Taliban leader, Haissam Haqqani, who is a central figure in the final season storyline.

“Nobody is safe,” Sterling said of “Homeland” cast members in an interview in February with the Wall Street Journal in February. “That’s part of what makes it good.” 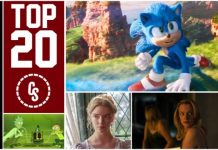 Watched at Home: Top 20 Streaming Films for Week of May 29 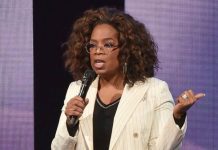 ‘Next in Fashion’ Canceled After One Season at Netflix (EXCLUSIVE)

‘Wake Up: Stories From the Frontlines of Suicide Prevention’: Film Review 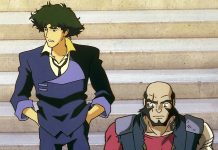 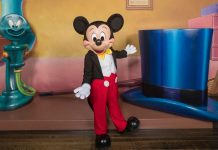 Disney Is Donating A Ton Of Money Toward Social Justice

TV Ratings: ‘Up’ and ‘Agents of SHIELD’ Lead ABC to Wednesday Win