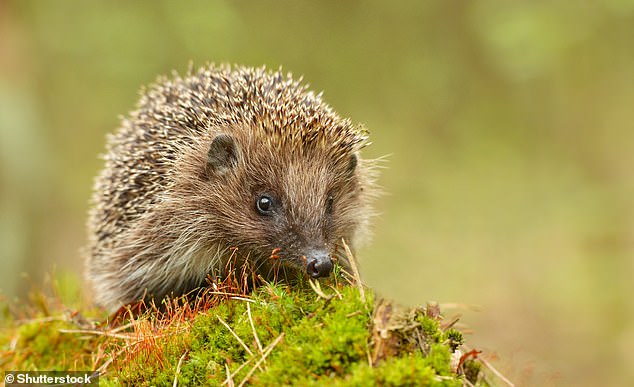 Hedgehogs have not hibernated this winter because of unprecedented mild weather caused by climate change, says expert

Hedgehogs have not hibernated this winter because of unprecedented mild weather caused by climate change, according to an animal rescue service.

Wildlife Rescue Ambulance Service (WRAS) in East Sussex usually cares for up to 300 young hedgehogs during the winter.

But because of milder temperatures this season, the service has been able to release any hedgehogs that it has taken in back into the wild.

The founder of the animal rescue centre believes a warming climate is to blame for the change in hog behaviour and the creatures staying active throughout the winter.

The centre also warns that hedgehogs that should be hibernating could be poisoned by parasites carried by bugs that thrive in mild weather.

Hedgehogs usually hibernate from October or November through to March or April, although during mild winters hedgehogs can remain active well into November and December

‘Until we get to the spring it’s difficult to know what’s going to happen,’ said Trevor Weeks, founder of WRAS, which cares for a range of sick, injured and orphaned wildlife, including mammals, birds and reptiles.

‘We are in uncharted territory – I have not known weather like it.’

‘October, November and December were busy for baby hedgehogs. Amazingly, we have managed to continue getting them out in the wild.’

WRAS is now concerned about what the hedgehogs are eating out in the wild during the winter.

As hedgehogs are usually hibernating during the colder months they are exposed to potentially unusual food sources that they wouldn’t normally eat, including parasites insects that would have reproduced throughout the mild winter.

‘If it’s not good quality food it will be bugs, beetles and insects with high parasite burdens because we haven’t had the cold weather to get rid of them,’ Weeks said. 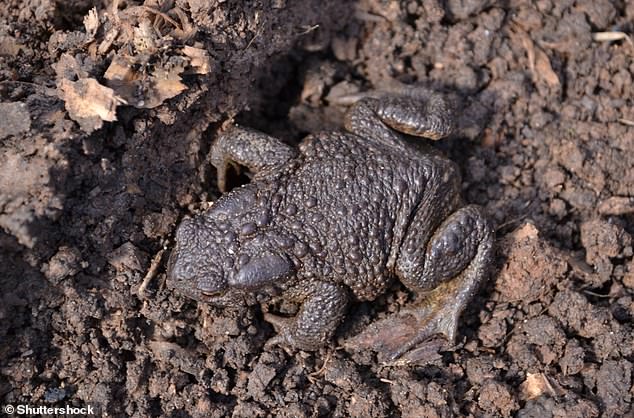 The black pimply earth toad woke up from hibernation. Toads also hibernate throughout the winter, in mud at the bottom of lakes, concealed in logs or tucked under leaf litter

‘If this is the pattern of things to come, we could be seeing major change in how hedgehogs exist in the UK,’ he said.

‘I think we should be worried about it because it’s such a dramatic change.

Weeks is in no doubt that climate change is squarely to blame, and fears that the implications for British wildlife – and hedgehogs in particular – could be dire.

‘The long term effects are unknown. We don’t know the consequences this is going to have on the populations.

‘Fingers crossed it doesn’t have too much of a negative impact. The next few months are going to be quite critical.’

Despite rescuing the creatures for 34 years, Weeks said this has never happened before, saying it is unheard of’ that hedgehogs – as well as other animals like frogs and toads – are yet to hibernate.

WRAS has also had reports of frogs and toads being out in people’s gardens throughout the winter, which also usually hibernate.

‘They should definitely be hibernating because they are cold-blooded animals,’ Weeks said.

UK householders have already been advised to think twice before feeding hedgehogs throughout the winter, as it may be disrupting their hibernation.

Our well-meaning habit of leaving out cat food and other scraps for hedgehogs may be luring the creatures away from their nests.

This puts them at risk of dying during cold spells or being eaten by predators at a time when food is scarce.

WHY DO ANIMALS HIBERNATE?

By going into a long deep sleep, they bypass this period completely, waking up when food becomes more plentiful.

It is believed that a compound in the blood of hibernators known as HIT (Hibernation Induction Trigger) lets animals know when it’s time to prepare for hibernation.

Shorter days, diminishing food supplies, and colder temperatures all appear to influence HIT, though the exact mechanism remains a mystery.

Hibernators tend to eat a lot of extra food in the fall in anticipation of their winter slumber and build significant stores of white and brown body fat to tide them over.

In the UK, animals that hibernate include hedgehogs, bats, dormice, frogs, toads, newts, grass snakes, adders, slow worms and even some insects such as bumblebees and ladybirds. 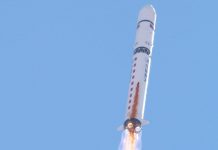 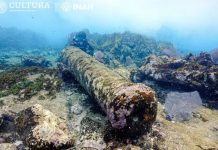 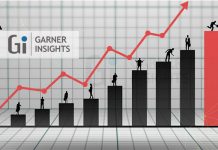 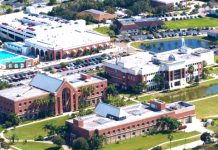 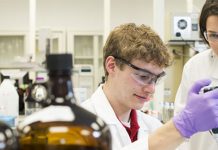 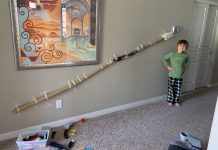 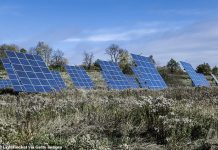 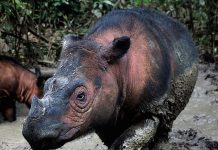 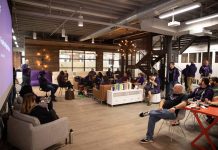 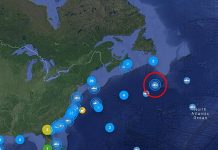