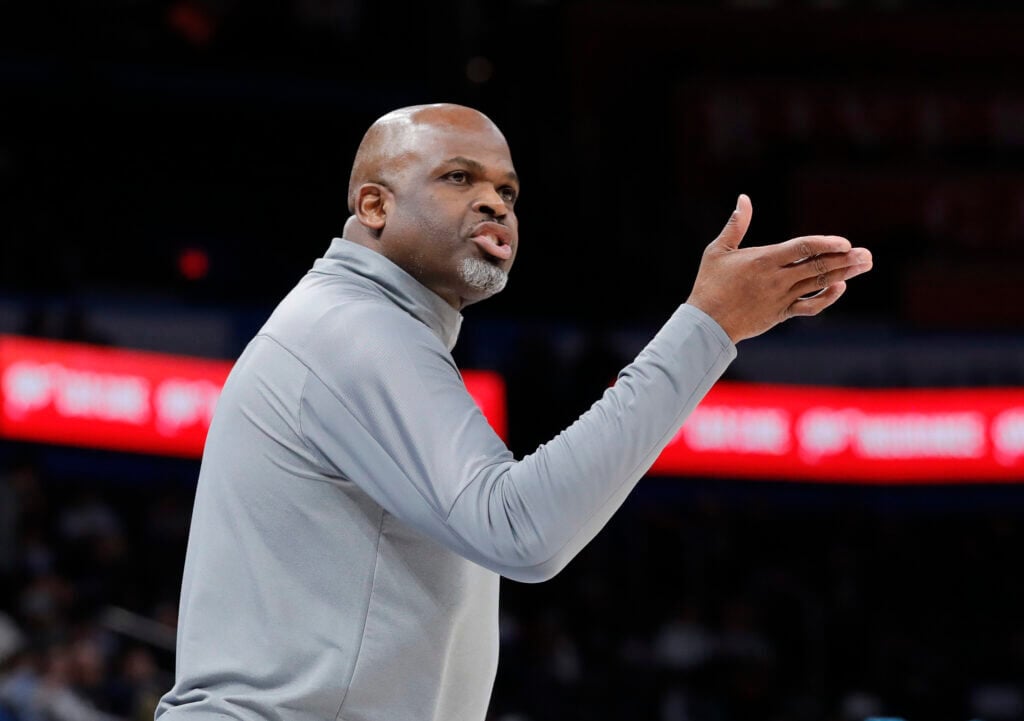 In the midst of a disappointing campaign, Atlanta Hawks head coach Nate McMillan has strongly considered resigning from his position, league sources with knowledge of the situation who are not authorized to speak publicly on the matter tell The Athletic.

McMillan’s job status came into question across the NBA after his exchange with Hawks All-NBA star Trae Young at a gameday shootaround. His job status has been considered safe, and the Hawks have wanted to finish out the season with McMillan on the sideline, sources said. But McMillan, 58, appears to be near the end of his tenure with the Hawks after the season — unless there’s a resignation before then.

Since general manager Landry Fields became the Hawks’ lead front-office executive last week, there have been only positive conversations with McMillan about the direction of the team this season, league sources said. No resignation from McMillan is imminent, sources with knowledge of the team’s thinking said.

The Hawks (17-18), who entered the season with plans of being among the Eastern Conference elite but currently sit in ninth place, have had a turbulent season thus far. Young’s absence at the Dec. 2 game against Denver, and the shootaround situation that led to it and was first reported by The Athletic, was reflective of the disconnect between the Hawks’ star player and their coach. The team has also been engaged in trade talks surrounding John Collins.

In a media session last week, McMillan discussed the challenges that come with coaching today’s players.

“I’m coaching in a different generation of players that I played with and really kind of coached,” McMillan, whose NBA head coaching career has spanned four teams and more than two decades, told reporters. “It’s different the way you communicate, the way the game is played and how they see the game.

“They see the game different than when I played it and when I started coaching.”

McMillan took over as Hawks head coach in 2021 after the firing of Lloyd Pierce and had immediate success, leading Atlanta to the Eastern Conference finals and securing a four-year contract in the offseason. Following a first-round series loss to Miami in 2021-22, the Hawks made a major acquisition by trading for All-Star guard Dejounte Murray from the Spurs. The Hawks moved three first-round picks and a draft pick swap to bring in Murray, a steep price to pair the versatile guard with Young and Collins.

The tenuous status of McMillan is just the latest in shake-ups within the Hawks’ organization.

The Hawks announced last week that president of basketball operations Travis Schlenk stepped down from his position and will serve as an adviser to the organization. The front office, led by Schlenk, brought in McMillan as an assistant during the 2020 offseason.

Along with repositioning Schlenk, league sources say the Hawks have let go of three front-office executives in the past week: senior adviser Rod Higgins, director of pro scouting Stephen Giles and vice president of player personnel Derek Pierce. All three were well-respected within the Hawks, who made the moves as part of organizational restructuring.

As for McMillan, he’s still tasked with turning around the Hawks’ season. But in these times of frustration and change in Atlanta, it remains to be seen how long his patience — and that of all the team’s stakeholders — lasts.