Jamie Cudmore and James Haskell are at the head of a new lobby group called Progressive Rugby, which has been launched with an open letter to Sir Bill Beaumont, chairman of World Rugby calling for urgent reforms to the sport. The 28 signatories have outlined their concerns for rugby which they describe as being “threatened with extinction within a couple of generations”.

In addition to the former internationals Cudmore and Haskell, the signatories include Josh Navidi, of Wales, the only current player, and the former World Cup winners Kyran Bracken and Steve Thompson. The latter recently revealed his diagnosis of dementia at the age of 42, as did another signatory, Alix Popham, the former Wales international.

Chris Bryant MP, the chair of the all-parliamentary group for acquired brain injury, has also joined the group, which contains a host of former internationals, prominent medics, rugby administrators and teachers.

“World Rugby has a moral and legal duty to minimise risk,” reads the letter, “and to inform players and parents of the risk of brain damage from repeated knocks. Evidence of the existence of brain disorders in retired players supports the contention that participation in rugby union can cause brain damage. The awareness of the association with traumatic brain injury and participation in rugby union is of paramount importance for both the players and the sport itself.”

The letter goes on to explain the measures they would like to see implemented, ranging from familiar suggestions for law changes to more radical protocols regarding the monitoring and management of players, including a limit to contact in training and “career health passports”. There is a certain amount of overlap between the group’s suggestions and those laid out in the document known as “The XV Commandments”, as put together by those players recently diagnosed with neurodegenerative conditions.

World Rugby contends that there is overlap, too, between the group’s suggestions and what the governing body is doing already anyway.

“We are progressive,” they replied to Progressive Rugby in a statement, “which is why as scientific and medical knowledge and societal understanding continue to evolve, rugby evolves with it. We are encouraged that the group are championing a number of initiatives that are already operational or being considered and we are open to constructive discussions with them regarding their proposals.”

The background noise to all such posturing is the shuffle of legal papers. Proceedings are already under way against World Rugby and the unions of England and Wales, as brought by those players with recent diagnoses. Cudmore himself is suing his former club Clermont Auvergne for repeatedly allowing him to play on when concussed.

The hope for organisations such as Progressive Rugby and Popham’s own foundation, Head for Change, is that recourse to the courts might be minimised in the years to come as players and administrators plot their way through treacherous territory. They hold up as an example the proactive strides made in American football regarding the management of brain injury, after the NFL was subject to a class action suit by former players.

The group are avowedly supportive of “the core physicality that comes with an 80-minute game”. They understand, too, that rugby cannot turn back to a “‘rose-tinted’ memory of the pre-professional game”. The preservation of tackling in schools is another policy they wholeheartedly support. Whether all, or any, of these values can be preserved without future ailments for the generations to come will take decades to answer, but the conversations and initiatives will continue in earnest. 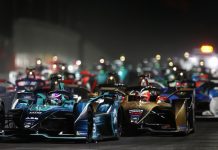 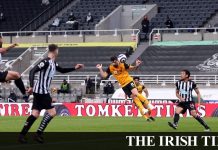 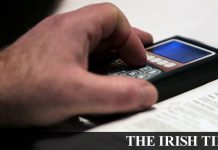 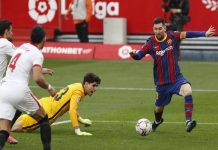