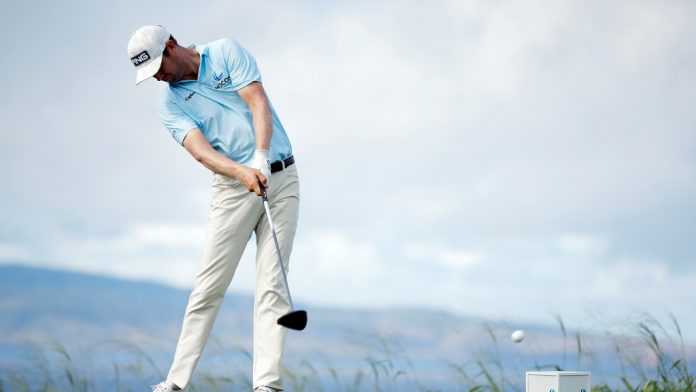 Harris English held a two-stroke leader entering the third round of the Sentry Tournament of Champions, fired a 7-under 66 at the Plantation Course and guess what? He needed to sink a 9-foot par putt at the last hole just to maintain a share of the 54-hole lead with Ryan Palmer, who shot the low round of the day. But English said he expected Saturday’s birdie barrage and is right where he wants to be.

“This is one of my first leads I’ve had going into a Saturday in a while, I think, and I knew I had to keep the foot on the pedal,” he said. “The wind was not up today, I knew the scores were going to be low and I knew I had to come out and execute and play well.”

Neither English, 31, and Palmer, 44, managed to win last season and are only in the traditional winners-only event because of a special exemption afforded to the top 30 on the final FedEx Cup Playoff standings as a result of several tournaments being canceled due to the global pandemic.

English has only recorded one bogey in his first 54 holes this week, and continued his dominance of the par 5s at Kapalua, making two more birdies to improve to 11 under for the week. But it was a hard-working par at 18 that kept him in a tie for the lead with Palmer. English misfired from 272 yards with a 4-iron, pulling his ball into the penalty area and was fortunate that a marshal was able to find his ball.

“I don’t like the lottery much, but pretty lucky there,” he said.

Palmer, who began the tournament 3 over after his first four holes, has been on a tear ever since. He birdied six of the last seven holes to shoot 9-under 64. After the round, he was absolved of a potential rules violation.

“Everything was on point today,” Palmer said. “Drove it well, iron play was there, like I want it to, short game was right there as well. I had a lot of great up-and-downs. And then the putting is feeling so good. I went to a line with my alignment on the greens and I’m getting over putts now and when James, James and I both agree that the line’s there, now it’s a matter of just letting go and hitting it. It’s some of the best putting I’m doing right now and the most confident.”

Palmer, in his 18th season on Tour, is seeking his fifth Tour title and his first individual title since the 2010 Sony Open in Hawaii. (He teamed with Jon Rahm to win the 2019 Zurich Classic of New Orleans.) English hasn’t won since 2013. (He did win the QBE Shootout, an unofficial team event with Matt Kuchar last month.) English hit rock bottom in 2018-19, failing to record a top-10 finish and plummeting to No. 369 in the world. But since committing to working with Sea Island teaching pro Justin Parsons, he has racked up 10 top 10s, including four top 4s and entered the week ranked No. 29 in the world. All that’s been missing is a victory.

Defending champion Justin Thomas is tied for fifth after a rollercoaster round of 68, and trails by four strokes as he attempts to defend his title. After the round, he apologized for making a homophobic slur.

Hot on the heels of the leaders is Collin Morikawa, who shot his second straight 65 to improve to 20 under and trail by one stroke. The 23-year-old Morikawa, who has family that lived in Hawaii, has been no stranger to the winner’s circle and is seeking his fourth win in just his 38th career start. What his game plan for Sunday’s shootout?

“Make a lot of birdies,” he said. “That’s what it’s going to come down to, who is going to make the most amount of birdies tomorrow, because guys are just shooting low.” 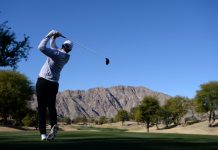 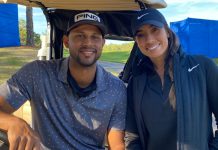 Fresh off a win, Cheyenne Woods is on the bag for her boyfriend, Yankees outfielder Aaron Hicks, at Diamond Resorts TOC 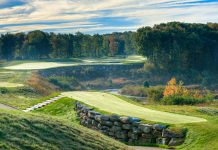 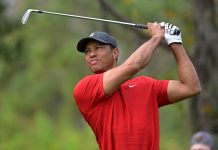 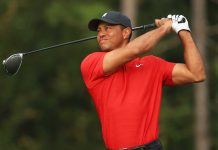 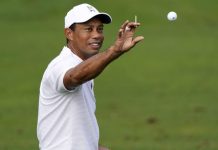 Tiger Woods has fifth back surgery, but still hit balls today to get 'a feel for the game' 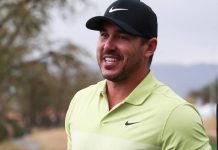 With an eye on the U.S. Open, Brooks Koepka makes his 2021 debut at American Express 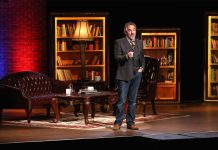 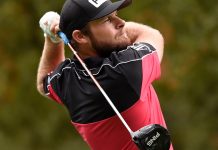 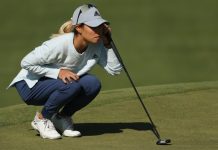 'It wasn’t really a break': Danielle Kang among headliners at LPGA opener after short, hectic offseason 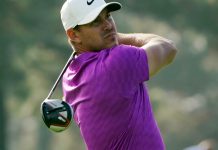 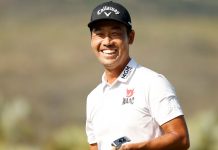