A report into racism at the University of Glasgow has found half of minority ethnic students surveyed have been harassed more than twice since beginning their studies.

The university’s vice-chancellor, Prof Sir Anton Muscatelli, apologised “unreservedly” to staff and students who have experienced racism on campus.

The university’s own review, prompted by the Equality and Human Rights Commission’s 2019 inquiry into racism on UK campuses, found half of all minority ethnic students surveyed had been harassed between two and five times since beginning their studies. One in 20 students reported more than 20 separate incidents of harassment, while more than a quarter of minority ethnic students who took part agreed the university had “a serious problem with racism”.

According to the equality watchdog’s student survey two years ago, 29% of black students and 27% of Asian students had experienced racial harassment on campus.

Alongside individual incidents, Glasgow’s report also found strong evidence of structural disadvantage facing BAME staff and students, including a gap of more than 10% in awarding of degrees in comparison with white peers. It noted there was no minority ethnic representation on thesenior management group, court and senate, the three major decision-making bodies of the university.

The report also highlighted a reluctance to report such harassment because of a lack of confidence that such incidents would be taken seriously, combined with a fear of reprisals from fellow students and staff.

The report noted a range of experiences, stating: “We recognise that ethnic minority students and staff experiences of racial harassment have changed and overt forms of racism are less prevalent in a university environment than more coded forms of racism like microaggressions and incivilities.”

Nevertheless, the report also included examples of overt racism, such as one staff member who was called a “black bastard” by a colleague. When they reported the incident to their line manager, they were asked “what did you do to make her say that?” Another staff member described the extreme mental strain of senior management’s indifference to the racism they were experiencing: “Management made me know I was a black person in Scotland … I have never been so demoralised in my life and have lost all my dignity.”

About 500 students took part in the survey, while in-depth interviews were conducted with 20 ethnic minority staff.

Muscatelli said the report was “a very difficult read” but that the university was determined to use it as “a catalyst to effect change”.

He referred to the report’s action plan, which includes a zero-tolerance policy towards racial harassment on campus, recruitment of new respect advisers to ensure ethnic diversity, and anti-racist training for all staff.

“While we recognise that tackling racism remains a problem for society at large, to be the institution we aspire to be, the university is clear that we must act and act decisively. This report and the accompanying action plan offers us a way forward to deliver real and meaningful change.”

The human rights lawyer Aamer Anwar, who stood down as the university’s rector last March, said the report was “a damning indictment of the failures of senior management to tackle racism to date”.

“In my three years as rector I raised concerns about the racism and discrimination faced by our students and staff. Yet there was little or no action taken and more often than not my experience was one of abject denial.

“Horrific allegations were brought to me but, sadly, despite the support of the principal, staff and students involved had little confidence in the system protecting them from reprisals.”

The gigs, the Gitanes: students have been denied the life they deserved | Jonathan Wolff 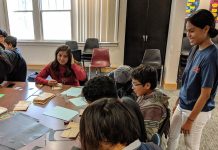 How Indigenous Groups Raise Youth Who Are Passionate About Math 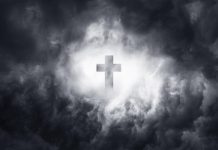 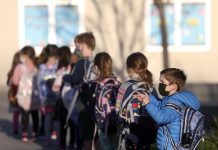 Why Ohio Schools Are Open, Maryland’s Remain Closed, And Answers To Fundamental Questions About Reopening 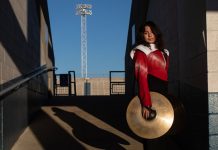 The Daily: Welcome to Odessa 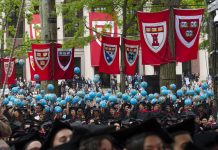 Man who dropped out of college due to high cost donates $20m, 60 years on 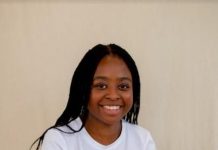 She Was The Only Black Person In Her Geography Class. So She Launched A Movement To Diversify The Field.