Haim’s Opening Act for Hollywood Bowl Concert Is… a Haim/P.T. Anderson Film Festival (Down the Hill)


For a headlining appearance at the Hollywood Bowl Sunday night, the group Haim does have two official support acts (Waxahatchee and Buzzy Lee). But for hometown fans who really want to make a full day of it, there’s an additional opening act: a screening just a couple of blocks down the hill of the complete tandem filmography of Haim and director Paul Thomas Anderson. The program will include not just a 35mm print of the Alana Haim-starring “Licorice Pizza” but all seven music videos Anderson has directed for the sister band, with prints loaned by the filmmaker himself.

The pre-concert screening will take place at the recently renovated, state-of-the-art Hollywood Legion Theater, which has stepped in as a top magnet for film festival screenings and repertory programming while the nearby Egyptian Theatre undergoes renovation. With the walk from the Legion to the Bowl’s ticket booths being less than 10 minutes for anyone with reasonably healthy legs, the facility has for decades served as a prime pre-concert destination for Bowl-goers — just for its convenient parking lot. But the theater operators recently had the idea to make their “Hollywood Bowl basecamp” an all-day thing.

“For years, the Legion has sold parking spots to Bowl attendees. I am trying to expand on that by also offering complementary programming during the day, related to the evening act at the Bowl,” says Taylor Umphenour, creative director and chief projectionist at the Hollywood Legion Theater. “So this Sunday, we are offering a beat-the-traffic package where attendees can park their cars at the Legion early, come see ‘Licorice Pizza’ on 35mm film at 1 p.m., grab a drink at the deco bar, and walk up and see the show. Paul Thomas Anderson is also lending me 35mm versions of some of the music videos he shot for Haim, so that we can run those after and before the film to build out the day for the fans.”

Sunday’s “Haim Time” programming will have the print of “Licorice Pizza” that was struck from the original negative followed by seven Anderson-helmed videos. Two of them, “Summer Girl” and the full, 14-minute “Valentine” short, “are very rarely seen on 35mm film,” says Umphenour. The other five, screened from DCP prints, are “The Steps” (2020), “Hallelujah” and “Now I’m In it” (2019), “Night So Long – Live at The Greek” (2018) and “Little of Your Love” (2017).

Also, says Umphenour, “We have an unconfirmed special guest for tomorrow’s show, and we’re really hoping they can make it.” (Just to temper expectations, the band members and Anderson are not among the anticipated guests.) More than anything, this is about having a great day for the fans to celebrate this hometown band and one of our favorite filmmakers.”

Could the “basecamp” idea become a series — like, preceding the Who’s Hollywood Bowl show this fall with a “Tommy” screening? Umphenour is already way ahead of us on that one, and also mentions other potential pre-Bowl screenings, like “The Jerk” before the Steve Martin/Martin Short shows on the 4th of July weekend, or “E.T.,” “Jaws” or “Jurassic Park” on the Bowl’s John Williams weekend… possibly predicated on how well this weekend’s event goes.

Tickets for Sunday’s filmic Haim-fest are $16 and include some Haim merch. Parking spots in the Legion lot (which, fans of L.A. repertory programming know, has recently been in use itself as a 35mm revival drive-in) are $40 (and likely to sell out early). For anyone who wants to attend the film but misses out on the parking or just wants a less expensive option, additional parking is available further down the hill at the Hollywood & Highland complex.

Tickets for both the Haim event and parking can be found here.

The 482-seat Hollywood Legion Theater is part of the American Legion’s 90-year-old Hollywood Post 43 building, which includes a downstairs deco bar where stars like Humphrey Bogard and Clark Gable once drank and shot pool. The theater, which has 70mm as well as 35mm capability, received a $6 million makeover that was completed in 2019. The venue was used last weekend as one of the key theaters for the TCM Classic Film Festival. 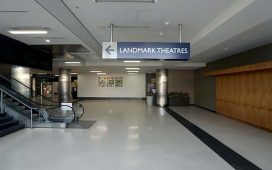 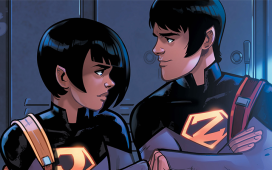 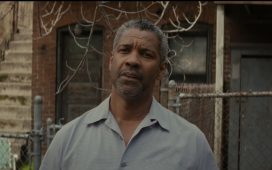 Denzel Washington Was Totally Responsible For Major Elvis Casting In Baz Luhrmann’s New Movie (And No, Not Tom Hanks) 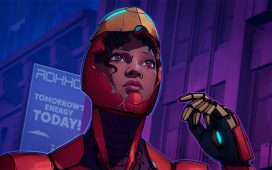 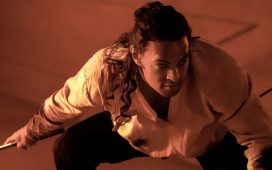