Blue Diamond Stud, owned by Imad Al Sagar and based near Newmarket, has undergone a major restructure in terms of its racing and farm management to place it on an excellent footing for the 2022 season.

The restructure is underpinned by the appointment of Lord Teddy Grimthorpe as racing manager to Imad Al Sagar.

Grimthorpe, who succeeds Tony Nerses, takes up the position in February.

Grimthorpe is one of the most widely respected figures within racing, having served as racing manager to Prince Khalid Abdullah for 22 years. During that time, he worked with 24 European trainers and oversaw 3,000 horses in training, which between them won almost 100 Group 1 races.

Grimthorpe currently serves as chairman of the National Stud, deputy senior steward of The Jockey Club and on the board of York Racecourse board following nine years at the track as chairman. Prior to his role with Juddmonte Farms, he worked for the British Bloodstock Agency for over 20 years.

“We have taken the opportunity to restructure our team at Blue Diamond Stud for 2022 and are delighted to welcome Teddy Grimthorpe as racing manager,” said Imad Al Sagar. “Tony Nerses was a major contributor to the growth and success of Blue Diamond Stud and we wish him all the best in his future endeavours.

“Teddy is a widely respected racing figure on an international scale. He played a key role in the sustained success of Juddmonte Farms and with his wealth of knowledge and experience, will undoubtedly prove a valuable asset to Blue Diamond Stud. I am greatly looking forward to working with him.”

Teddy Grimthorpe added: “I am very touched to have been asked by Imad Al Sagar to join his team. He has built up an impressive bloodstock portfolio and I will look forward to being any help I can with his operation.

“I will continue to be Chairman of the National Stud and serve on the boards of both Jockey Club and York Racecourse, all of which should fit nicely into this new role.”

Blue Diamond Stud is also delighted to announce the appointment of Ted Voute, another extremely well respected figure within racing and bloodstock circles, as the stud’s interim chief executive officer. Voute, a leading sales consignor who will maintain his duties at his stud, Eydon Hall Farm, and as racing and bloodstock advisor to Prince Faisal’s Nawara Stud, will fulfill the role until a permanent incumbent is identified.

“I have known Imad from the days of his Derby winner Authorized and have always kept in touch,” said Voute. “Having bought his own farms in Newmarket, Imad has quickly become a successful breeder and I am excited to help him in this transitional phase.”

Gerry Meehan has been appointed as yearling manager. Meehan is another with a wealth of experience behind him, notably 17 and a half years of service at Newsells Park Stud, latterly as Yearling Manager.

Winner of the Stud Staff category within the Godolphin Stud and Stable Staff Awards of 2014, Meehan’s resume also includes stints at Fair Winter Farm, Cheveley Park Stud, Side Hill Stud and Coolmore, where he worked with the likes of Fairy King and Alzao.

Gerry Meehan will oversee the stud’s yearling division and its sales consignments, which will debut under the Blue Diamond Stud Farm (UK) Ltd banner this year, starting at the Tattersalls February Sale.

“I am very excited to be joining Blue Diamond Stud,” said Meehan, “and feel like I can make a difference in helping the stud achieve success at the highest level in and out of the sale ring. The stud is a top-class operation that is already a proven source of Group 1 winners. I look forward to working with Imad Al Sagar and everyone at Blue Diamond Stud.”

Andrew Rawlin, a long serving member of the team at Blue Diamond Stud, has been promoted to mares manager. Rawlin has been a valued part of the stud team for 11 years and is well respected across the industry for his dedication and professionalism.

Nancy Sexton has also been appointed as bloodstock and media advisor. A bloodstock commentator attached to a variety of industry publications, Sexton also acts as European representative to the Kentucky-based Schumer Bloodstock.

“With such a strong team on board for 2022, I believe we are well placed to not only consolidate Blue Diamond Stud’s position as an elite presence within the industry, but also to strive for further growth and success,” said Imad Al Sagar. “As such, we have started the year on a positive note and I look forward to a successful year.” 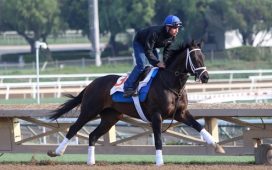 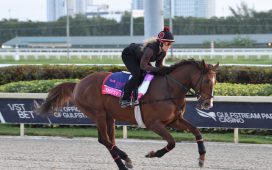 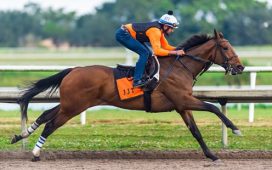