This week, US rapper Megan Thee Stallion launched the Don’t Stop scholarship in partnership with Amazon Music, giving two women of colour $10,000 each to study for a degree. This came the day after rapper Travis Scott announced on Twitter he would pay for five students’ first semesters at an HBCU (historically Black college or university, in the US). Kanye West recently set up a college fund for George Floyd’s daughter and in 2017, another Chicago son, Chance the Rapper, gave $2.2m to the city’s schools.

Closer to home, as well as funding two scholarships for Black British students at Cambridge University, Stormzy launched his £10m fund for Black British causes. Among the recipients so far is the Black Heart Foundation, which received £500,000 to support 50 students. “The uncomfortable truth that our country continuously fails to recognise and admit is that Black people in the UK have been at a constant disadvantage in every aspect of life – simply due to the colour of our skin,” he said.

In 2017, the London rappers Krept and Konan launched the Positive Direction Foundation, a programme based at Harris Academy in South Norwood that gives secondary school students access to music-related workshops. “It’s based entirely on our own experiences as young, working-class kids growing up in south London,” Konan told GRM Daily.

The quick succession of these announcements makes you question why is this becoming so common for Black celebrities.

Rappers around the world, from Nipsey Hussle to Nines, have been selflessly giving for years; embedded in rap tradition is a refusal to forget where you came from, and enabling your community to reap the benefits of your success. There is an understanding that – although it can’t be forgiven – systemic racism and classism prevent adequate support from the state and, as a result, it falls on Black communities to provide for and support themselves. And in the UK, the unrelenting harshness and racism of the British education system – manifesting partly as disproportionate exclusion of Black pupils – and the cruelty of growing up in poverty has further necessitated this philanthropy.

Last month, in a paper titled How Black Working-Class Youth are Criminalised and Excluded in the English School System: A London Case Study, the Institute of Race Relations (IRR) detailed the true extent of Black working-class pupils’ criminalisation. Black Caribbean boys are nearly four times more likely to receive a permanent exclusion than the school population as a whole, and Black students are then caught in a pipeline from PRUs (pupil referral units) to prisons: in 2018, 89% of children held in youth detention centres reported exclusion from school.

“Consequently, a two-tier education system, with ‘deserving’ and aspirational students in the academy sector and ‘undeserving’ and alienated kids in the PRU and AP [alternative provision] sectors has emerged,” wrote the IRR study’s author, Jessica Perera. Pupils not excluded by the system can face racial harassment via school policies that police hair and language, and increased surveillance through intimidating police officers on campus. Many Black students are also left dispirited by a curriculum that lacks diversity or acknowledges Black British history.

The education system is a microcosm of the crisis in global social policy more generally. The retrenchment of the welfare state in places like the UK and the US leave Black and brown communities unsupported and impoverished; a lack of investment in public healthcare and education harms poorer communities who rely on those services.

As a result of the chronic underinvestment in public services, laid bare by the current pandemic, more people are turning to crowdfunding platforms to raise money for their essential needs. Between March and July of this year, there was a 75% increase in GoFundMe schemes for individual causes compared to last year; you often find a link to a personal crowdfunding link under someone’s viral tweet. These crowdfunding pages rely on amplification from social media and celebrities to secure services that should be served by the state.

Those on the right argue that poverty should be alleviated through business and hard work. However, the Telegraph reported that nearly two-thirds of Britain’s Black and Asian business owners felt unable to obtain government support at the start of the coronavirus measures; the pandemic has disproportionately affected Black and Asian businesses and once again it has fallen to community champions to generate aid.

In the US, Beyoncé’s organisation BeyGood launched a Black business impact fund to “provide a lifeline for small businesses at the epicentre of dual pandemics”. BeyGood is giving away $10,000 each month until the end of 2020 to small Black-owned businesses. In the UK, the Black Pound Day launched by Swiss – a member of chart-topping UK garage group So Solid Crew – has been encouraging people to buy from Black-owned business who have struggled not only because of the virus, but also because of the additional challenges being a Black-owned business brings, regarding banking and government support.

In the UK and the US, the story is much the same: the government is allowing us to slip into a Victorian-era model of charity doing the work of the state, with the wellbeing of the Black community resting on wealthy individuals who carry the weight of government failings in a way that white celebrities don’t have to. White celebrities can cherry-pick feelgood causes without having to ever tackle systemic inequality, while charity from Black artists is always political and is about the collective rather than the individual. In the same way Black figures are expected to be spokespeople for the community on all issues, they’re also expected to personally champion our causes – so the state can continue to ignore and neglect us. 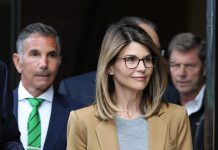 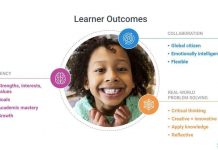 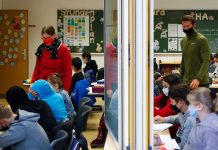 Europe’s Locked Down, but Schools Are Open 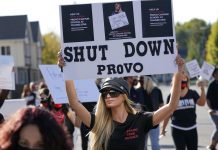 Tell us: what are your experiences of racism in UK schools?

'It shouldn't be happening': the businesses providing free meals in England

Lessons from Estonia: why it excels at digital learning during Covid

Panel: how can universities look after their online students' mental health? 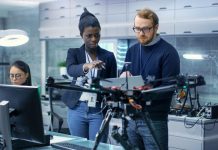 ‘I feel free here’: how a miracle girls' school was built in India's 'golden city'

One in six childcare providers in England may close by Christmas