House Minority Leader Kevin McCarthy said Wednesday night that he will refuse to voluntarily give information sought by the selection committee investigating the Jan. 6 Capitol riot, a stance that will put pressure on the committee to subpoena him.

The California Republican’s blustery refusal came hours after the House panel sent McCarthy a letter requesting details of events in the days leading up to the invasion of the Capitol, from the day of the riot itself, and its aftermath.

Supporters of then-President Donald Trump swarmed the Capitol and breached its walls shortly after he urged people at a rally outside the White House on Jan. 6, 2021, to march to the Capitol and oppose what were the ongoing proceedings in Congress to confirm the election of President Joe Biden.

McCarthy in a statement said that the select committee “is not conducting a legitimate investigation,” citing the refusal of House Speaker Nancy Pelosi, D-Calif., to seat Republicans whom McCarthy selected to serve on the panel.

“It is not serving any legislative purpose. The committee’s only objective is to attempt to damage its political opponents – acting like the Democrat Congressional Campaign Committee one day and the [U.S. Department of Justice] the next,” he said.

“As a representative and the leader of the minority party, it is with neither regret nor satisfaction that I have concluded to not participate with this select committee’s abuse of power that stains this institution today and will harm it going forward,” McCarthy said.

Rep. Bennie Thompson, the Mississippi Democrat who is chairman of the committee, earlier Wednesday told reporters that, “we think he’ll voluntarily come forward” to cooperate.

The chairman said he would consider issuing a subpoena to McCarthy if he did not answer the panel’s questions.

On May 20, McCarthy said, “Sure,” when a reporter asked him if he would be willing to testify about his conversation with Trump on Jan. 6 “if you were asked to do so by an outside committee.”

Two other GOP House members, Jim Jordan of Ohio and Pennsylvania’s Scott Perry, previously refused to cooperate with the probe.

Earlier Wednesday, Kayleigh McEnany, who had served as White House press secretary under Trump, met virtually with the Jan. 6 committee, according to a source who spoke with NBC News.

Thompson, in his letter Wednesday to McCarthy, said the panel wants information about discussions he had with Trump on Jan. 6, and about McCarthy’s support to continued objections to the certification of Biden’s victory in the hours after the rioters left the Capitol.

The committee noted that McCarthy “was reportedly in communication with” then-White House Chief of Staff Mark Meadows in the days leading up to Jan. 6.

“We also must learn about how the President’s plans for January 6th came together, and all the other ways he attempted to alter the results of the election,” wrote Thompson.

“For example, in advance of January 6th, you reportedly explained to Mark Meadows and the former President that objections to the certification of the electoral votes on January 6th ‘was doomed to fail,'” Thompson wrote.

Thompson also asked McCarthy for information detailed in various news reports that he had encouraged Trump to take action to stop the riot while it was underway.

And the panel chairman asked McCarthy about reports that Trump had acknowledged his culpability for the violence that day.

The House voted in December to hold Meadows in criminal contempt for defying a subpoena issued by the committee. 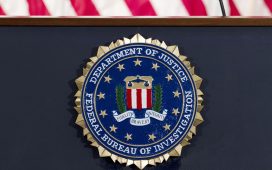 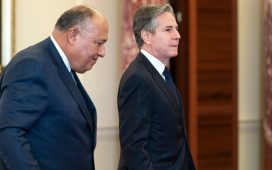 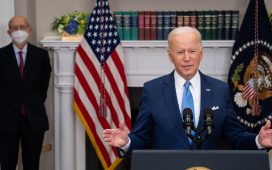 As Breyer Pondered Retirement, Biden Bet on a Hands-Off Strategy 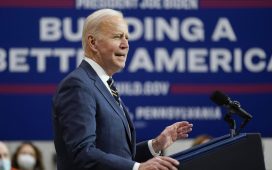 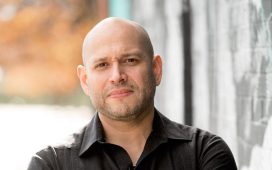 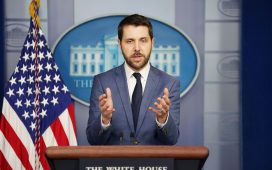 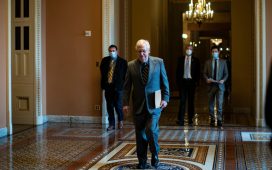