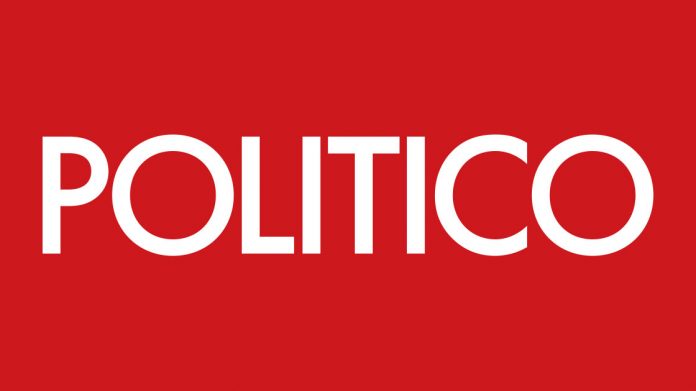 With help from Brianna Gurciullo and Tanya Snyder

— The top House Republican taxwriter says there’s been no groundswell of support among his caucus for an increase or index of the gas tax.

— Transportation Secretary Elaine Chao denied favoritism for Kentucky in her agency’s grant-making during a House hearing.

— New Jersey Transit is among eight railroads at risk of blowing by this year’s positive train control deadline, the FRA said.

IT’S FRIDAY: Thanks for tuning in to POLITICO’s Morning Transportation, your daily tipsheet on all things trains, planes, automobiles and ports. Get in touch with tips and feedback at smintz@politico.com or @samjmintz.

“We walk the line and try to see / Fallin’ behind in what could be, oh”

NOT SO FAST: Kevin Brady, the top Republican on Ways and Means, threw cold water on the idea of sudden support among his party for an increase or index of the gas tax, saying there’s been no change. “There really has never been either a vote or a nose count, or even a family discussion,” Brady told our Tanya Snyder, while admitting that he was “a little surprised” when he heard that Senate Republicans were privately examining a funding package that includes indexing the gas tax to inflation (as well as a truck tax and a new electric vehicle fee) for their surface transportation bill.

His comments come as other House Republicans seemed to be warming to the idea this week. Rep. Rodney Davis, the top Republican on T&I’s Highways and Transit Subcommittee, indicated his support Wednesday for the package being scored by the Senate. And Thursday, House Transportation ranking member Sam Graves suggested that he’s open to eventually indexing the tax, though he’s more focused on ensuring electric and other alternative fuel vehicles contribute to federal highway funds.

CHAO REBUKES FAVORTISM REPORTS: Chao on Thursday went back and forth with a Democratic appropriator over whether her agency puts a thumb on the scale in favor of Kentucky, our Brianna Gurciullo reports. Responding to Rep. Brenda Lawrence, who was frustrated Michigan didn’t receive any BUILD grants in fiscal 2019, Chao denied a POLITICO report that she designated a special liaison to help Kentucky with grant applications. “I don’t know how the newspapers made that up,” Chao said.

We didn’t make it up (and we’re not a newspaper!): Todd Inman, who is now Chao’s chief of staff, listed “Kentucky” on a list of tentative staff responsibilities he emailed to Senate Majority Leader Mitch McConnell’s office. (No other state had a designated staffer). In another email to McConnell’s office, Inman said Chao had personally asked him to be an intermediary for Kentucky-specific issues.

What else came up? Florida Rep. Mario Diaz-Balart, the subcommittee’s top Republican, noted that transit agencies have expressed confusion about a new law forbidding them from using federal money to buy railcars and buses from Chinese companies, starting in two years. Chao said the FTA and the Office of the U.S. Trade Representative are working to “confirm which countries are impacted” by the language and that guidance for FTA grantees is in the works.

An FTA spokesperson said the guidance should be coming in the next few months and will help agencies figure out how to deal with things like service warranties and spare parts for existing Chinese rolling stock.

While you wait: Chao also got questions related to the Gateway Program’s Hudson Tunnel project. As POLITICO New York’s Dana Rubinstein reports, since federal funding for a second tunnel between New York and New Jersey doesn’t seem to be coming any time soon, Amtrak has floated using its money to repair the existing tunnel as much as possible without halting train service. “Beginning rehab work in the near-term is the right move,” Chao said Thursday. But she later emphasized: “I did not say that we don’t need a second tunnel.”

Sitting down in D.C.: New Jersey Gov. Phil Murphy has a meeting at the White House today, and he said he plans to discuss the tunnel. His staff is meeting with DOT officials about the project earlier in the day.

CHATTING WITH CONSERVATIVES: Chao will speak at the Conservative Political Action Conference today, sharing a stage with Labor Secretary Eugene Scalia. Both will be interviewed by Dan Schneider of the American Conservative Union.

STEPPING ON THE TIFIA GAS: DOT wants your feedback on how to best implement a Regional Infrastructure Accelerator Demonstration Program, included in the FAST Act as a way to assist entities in developing “improved infrastructure priorities and financing strategies” for projects eligible for TIFIA funding. The agency has $5 million appropriated for the demonstration program, and is issuing a Request for Information asking what the accelerator should look like.

PTC PROBLEMS: Eight railroads are at risk of missing the end-of-year deadline, the FRA said Thursday. Among them are several of the largest commuter railroads in the country, including New Jersey Transit, which has struggled with testing delays.

As your MT host reports, FRA Administrator Ronald Batory urged those railroads to “intensify their efforts and take advantage of FRA’s technical assistance.” The agency has said it will levy the maximum penalties on any railroads that don’t meet the Dec. 31 deadline.

AMTRAK’S TAKE ON ARBITRATION LAWSUIT: A lawsuit against Amtrak regarding its mandatory arbitration policy for passengers is working its way through the courts. The railroad filed its motion to dismiss earlier this week, in which it opposes the claims by the consumer advocacy group Public Citizen and lays out its defense of the policy. Amtrak is arguing that:

The plaintiffs (two Public Citizen lawyers) lack standing. One of the two has not even bought an Amtrak ticket including the arbitration clause, and it hasn’t been invoked against either of them.

Beyond that, Amtrak says, the complaint’s constitutional arguments are “so expansive in application that they could derail both public and private arbitration.”

ALMOST READY: House Transportation Chairman Peter DeFazio (D-Ore.) said Thursday he’s “getting close” to drafting legislation to change the program through which the FAA allows airplane manufacturers to carry out certification tasks, Brianna reports. “We’re going to fix it,” DeFazio told POLITICO, though he wouldn’t elaborate on how. Several Senate Democrats introduced legislation earlier this week that would make changes to the Organization Designation Authorization program.

Republicans involved? DeFazio said the bill will be shared with Republicans, but he noted that Graves “doesn’t seem particularly inclined” to support changes to the FAA certification process. Graves has repeatedly said that he wants to wait until all the probes and reviews related to the MAX crashes are complete, but in the meantime has directed his attention toward foreign pilot training rather than any flaws in the certification process. “There may be other Republicans who think the process needs reform,” DeFazio said.

Americans ride public transportation 10 billion times a year, and every trip meets a need or provides an opportunity. Yet, as a nation, we have neglected to make necessary investments in this vital public service.

Increased investment in public transportation will get Americans to work, education, and healthcare. It will also get our nation to more job creation, less traffic congestion, cleaner air, and a stronger economy.

— “Price: Trump ‘needs to get serious’ about revenue for infrastructure.” POLITICO Pro.

— “My car was in a hit-and-run. Then I learned it recorded the whole thing.” Washington Post.

DOT appropriations run out in 215 days. The FAA reauthorization expires in 1,312 days. Highway and transit policy is up for renewal in 215 days. 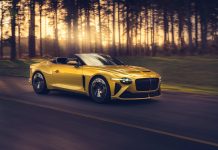 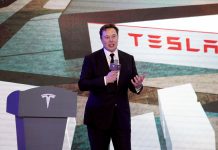 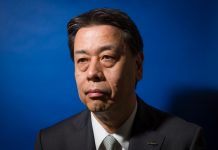 6 things Nissan's CEO thinks about his company, and the car industry right now 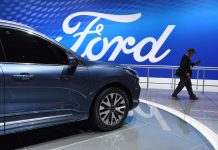 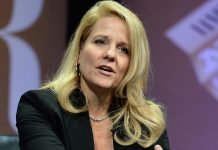 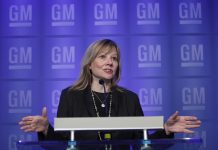 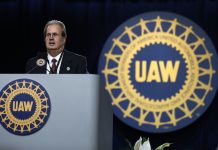 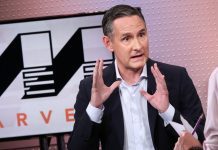 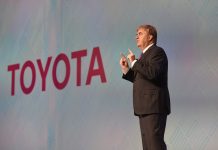 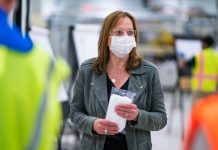