— Google grilling: Today’s Senate antitrust hearing on Google’s power in the online ads space will offer a glimpse at the arguments the company will face in its looming legal showdown with federal and state regulators.

— Trump, TikTok and 2020: The outcome of the proposed TikTok-Oracle deal offers high stakes for President Donald Trump, who has portrayed his reelection as crucial for U.S. efforts to counter China’s rise to global dominance. Will his TikTok talk fall short?

Got a news tip? Write me at [email protected], or follow along @Ali_Lev and @alexandra.levine. An event for our calendar? Send details to [email protected]. Anything else? Full team info below. And don’t forget: Add @MorningTech and @PoliticoPro on Twitter.

A message from CTIA:

With multiple nationwide 5G networks available today, America is at the forefront of the emerging 5G Economy. Now Boston Consulting Group has identified the keys to unlocking 5G’s potential to reinvent the way we live and work, including more licensed spectrum and a pro-business regulatory framework. Learn more at www.ctia.org.

TODAY: GOOGLE’S ANTITRUST REHEARSAL SESSION IN THE SENATE — A Senate antitrust hearing this afternoon on Google’s online advertising business will offer a preview of sorts of how the tech giant — and its critics — will make their respective cases in a looming legal showdown with federal and state regulators.

— Google’s case: Harrison argues in his prepared testimony that the “ad tech space is crowded and competitive” and that Google vies against a plethora of companies including “Adobe, Amazon, AT&T, Comcast, Facebook, News Corporation, Oracle, and Verizon,” according to excerpts shared with MT. And he says the competition for mergers and acquisitions is similarly fierce, producing “robust M&A activity.”

— Critics’ case: The CEO of Chalice, a firm that helps brands customize their digital ad strategy in an effort to reduce dependency on tech giants like Google, said he’s seen the search engine “abuse its market power to harm advertisers, publishers, platforms and measurement firms while advantaging itself.” Heimlich will testify on “Google’s proven ability to weaponize privacy law against it rivals,” he said in an email, “underscoring the need for U.S. regulators to tackle antitrust enforcement before proposing new privacy regulations, not after.”

— Why just online ads? The hearing — titled “Stacking the Tech: Has Google harmed competition in online advertising?” — won’t tackle Google’s dominance in the search engine market, despite regulators looking into the issue in addition to digital ads as part of their antitrust investigation. Conn Carroll, a spokesperson for Subcommittee Chair Mike Lee (R-Utah), said the panel “wanted to be able to focus on [ad tech] in detail and with minimal possibilities for tangents or distractions.” He added, “It’s possible we could do a hearing on search later but nothing firm has been planned.”

— Further reading: “Google’s Sundar Pichai Is a Really Nice Guy. Is That Enough?”

TIKTOK, TRUMP AND 2020 — “President Donald Trump aimed for a clear-cut win over China when he demanded that TikTok’s Beijing-based parent sell the popular video-sharing app to an American company or be banned from operating in the United States. Now he may have to settle for less,” Steven reports in a new dispatch. “The outcome has symbolic importance for Trump, who has portrayed his reelection as crucial for U.S. hopes of countering China’s rise to global dominance.” Will Trump’s TikTok power play fall short? Read Steven’s latest analysis here.

— Meanwhile, relief for TikTok employees: Trump’s executive order prohibiting TikTok from completing “any transaction” in the U.S. after Sept. 20 left the Commerce Department to determine what exactly that would entail. Well, the Justice Department offered a glimpse of the administration’s thinking in a legal filing Monday. Government attorneys told a federal judge that TikTok can continue dispensing the salaries and benefits of its employees, and that those workers can continue performing “lawful actions” as part of their jobs. A TikTok employee sued Trump saying the executive order violates employees’ rights — a case that the DOJ argues is now moot.

— About those executive orders: First, TikTok and WeChat. Now, QQ. Sen. Marco Rubio — one of the first GOP China hawks to voice concerns about TikTok — is urging President Trump to expand his recent executive orders targeting TikTok and WeChat to include another Chinese-owned social media platform. That app, called QQ, is owned by Tencent, the same Chinese company behind WeChat. (Last fall Rubio also called for the ongoing CFIUS probe into ByteDance, the owner or TikTok.)

“As the Executive order’s 45-day deadline approaches, there has been a significant increase in downloads of QQ in the United States,” Rubio wrote in a letter to President Trump. “The identical ownership and similar functions of [QQ and WeChat] highlight the common threats that they pose, including data privacy risks, as well as espionage and censorship at the direction of the Chinese government and Communist Party.”

— Oracle debacle: “Oracle has spent years pushing to curtail the power of Silicon Valley’s social media giants,” Cristiano reports in a dispatch out this morning. “Now a pending deal with TikTok may force the cloud computing company to face the same tough critiques over how it protects users and polices content.”

FACEBOOK TO REACH NET ZERO EMISSIONS THIS YEAR — The tech giant announced its global operations will achieve net zero carbon emissions and run only on renewable energy this year, our colleagues in Europe report. It also aims to reach net zero emissions for its value chain in 2030, including by using carbon removal technology. The company won’t use offsetting to reach this goal.

— A new Climate Science Information Center: Facebook will launch a “dedicated space” on its platform, modeled after its COVID-19 Information Center, to provide users with facts from the world’s leading climate organizations. The initiative will first launch in France, Germany, the U.K. and the U.S.

COMPETITION CORNER: BIG TECH MAY NEED TO REPORT ALL DEALS — The Federal Trade Commission is still working on its study of small mergers by the biggest tech players, but Chair Joseph Simons said the agency already has a potential solution: make Amazon, Apple, Facebook, Google and Microsoft disclose them all.

— “We may decide to issue an additional order requiring pre-merger filings for acquisitions by these companies at levels well below the normal statutory thresholds,” Simons said during a Monday panel at the International Competition Network.

— Rewind: What study? The agency said in February it would review a decade’s worth of deals that fall below the reporting threshold for each of the five tech giants. (The threshold is adjusted each year; in 2020, any deal worth more than $94 million must be reported.) The FTC said the study would help determine whether Congress should adjust the reporting threshold.

— Start-ups: But the agency is also concerned about two other phenomena: big players buying up potential rivals before they can grow into genuine competition, so-called “nascent competitor” acquisitions, and “catch-and-kill” or “killer acquisitions,” where giants buy promising start-ups or technology and then shut them down. The Facebook-Instagram deal is often cited as an example of the first situation, while the social network’s purchase and discontinuation of apps like tbh, Hello and Moves might fall into the latter. 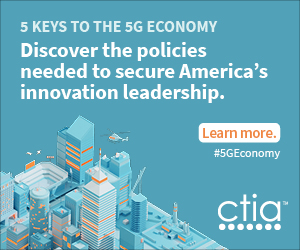 Disinfo monitor: “Wild disinformation is inundating Spanish-speaking residents of South Florida ahead of Election Day,” POLITICO reports, “clogging their WhatsApp chats, Facebook feeds and even radio airwaves at a saturation level that threatens to shape the outcome in the nation’s biggest and most closely contested swing state.”

First, it was Instagram Reels: Now, another rival is closing in on TikTok — YouTube Shorts, The Verge reports.

As deadly blazes ravage the West Coast: Big tech is stepping up its commitments on climate issues. Google announced a push to run its operations on carbon-free energy by 2030, The Verge reports.

A message from CTIA:

Over the past 10 years 4G powered our economy, driving 10% of all U.S. GDP growth, supporting 20 million jobs and saving consumers $130 billion each year. Over the next 10 years, the 5G Economy will drive a new, transformative wave of wireless innovation, powering new levels of economic development and job growth. Drawing on an in-depth analysis of how America led the 4G economy, Boston Consulting Group has identified the five key factors that policymakers should focus on in order to build the new 5G Economy including spectrum availability, network investment, a robust innovation ecosystem, a pro-investment business climate and workforce development. Focusing on these areas will drive 5G market penetration and secure America’s position as the world’s innovation hub. Learn more at www.ctia.org.

Op-ed on Section 230: Platforms should be held accountable for amplifying objectionable content through their algorithms, David Chavern, president and CEO of the News Media Alliance, argues in WIRED: “Propelling misinformation and suppressing competitors shouldn’t be government-protected activities.”

Criticism for Kamala: Sex workers and activists rallied around Oakland City Hall to criticize 2020 veep contender Sen. Kamala Harris (D-Calif.) for voting to advance the EARN IT Act to the Senate floor, per digital rights group Fight for the Future.

Jumping ship: Taboola and Outbrain are calling off their merger. 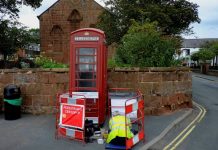 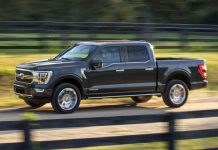 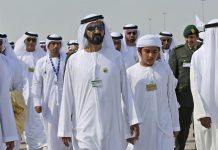 United Arab Emirates to launch spacecraft to moon in 2024

Xiaomi’s new India products include a speaker, a soap dispenser, and shoes 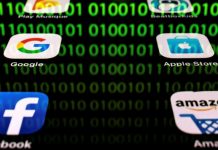 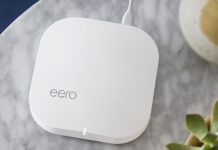 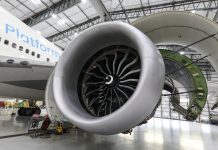 Microsoft Outlook, Office 365, Teams, and other services are back for ‘most users’ following outage