The Glasgow School of Art’s Mackintosh building will fully reopen as a graduate school in 2030, amid ongoing criticism of the opacity around how much the rebuild will cost and how it will be funded.

The June 2018 fire destroyed the iconic grade A-listed building as it neared the end of a £35m restoration project following an earlier blaze in May 2014.

Significant questions continue to be raised about the pace and ambition of the restoration, with a clear contrast made with Notre Dame Cathedral in Paris, which was severely damaged by a blaze in 2019 and is scheduled to reopen next year.

But Eleanor Magennis, the art school’s director of estates, emphasised the time-consuming nature of the initial clearance process, now completed, as media were given access to the cavernous interior of the burned out building for the first time since the fire.

The visit came almost exactly a year after a long-awaited Scottish Fire and Rescue Service (SFRS) report into the fire determined that the blaze was so fierce and all-consuming that the cause can never be known conclusively.

Inside the Mack building, which the ferocious heat stripped back to its main brick structure, Magennis pointed out the level – several storeys high – to where the mangle of debris had risen. Finally cleared of it, the area is vast, with no floors between storeys and only a temporary roof.

“The next stage involves adding floors and roofs, which will give the building back its structural integrity and allow for the main refurbishing work to begin,” she said.

Magennis described the “intricate and painstaking” work, done by hand, of removing from the site and evaluating in excess of 2,400 of tonnes of fire-damaged material – 1,200 tonnes of which can be recycled for the rebuild.

On the basement floor, there are pallets of imperial-sized bricks saved from the debris and shelves of fire-damaged timbers that have been tagged in advance of being moved off-site.

Confirming an estimated £60m construction costs with a total “likely to go into three figures”, Magennis insisted there was “a high level of contingency for a project like this at an early stage”.

Penny Macbeth, director of the art school, said theinitial work was being funded by a combination of “ringfenced funding, legacy insurance and fundraising moneys”.

But Magennis added that they had received only interim insurance payments from second fire, with work continuing on the “complex insurance claim”.

Asked what contracts were in place for the mammoth project, Magennis said she expected the architect for the rebuild to be appointed this spring and the main contractor next year.

Macbeth said the art school was “well-supported” by Scottish government ministers, and revealed that “we’re not needing to ask for support in the way the French government have done with Notre Dame”.

Paul Sweeney, Scottish Labour MSP for Glasgow and board member of the Glasgow City Heritage Trust, who has followed the rebuild closely, said that while he believed Macbeth was “trying to get things back on track”, the plans seemed “woefully under-resourced, with a shocking disinterest from Scottish government ministers, a lack of clarity over the restoration programme and timescales that are simply not ambitions enough”.

Macbeth said partnership with the local community – which was badly affected by the aftermath of the second fire – and the city would be “at the heart of the rebuild”. 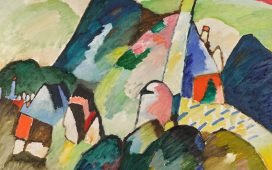 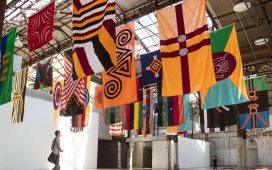 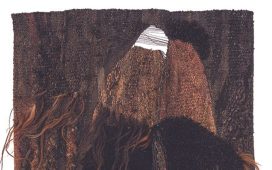