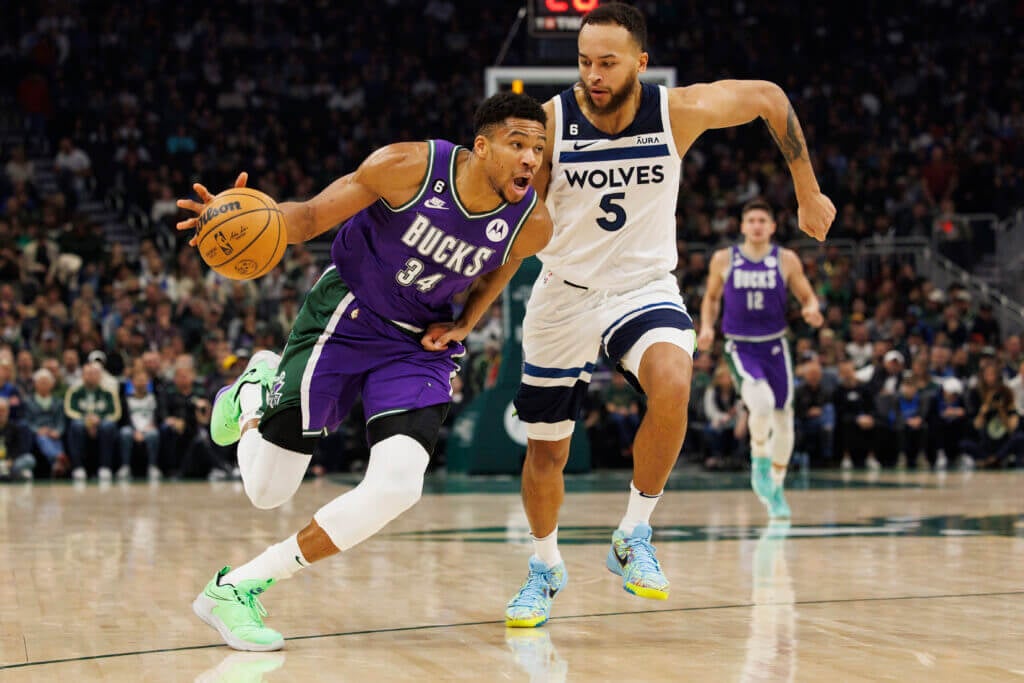 The Bucks entered Friday on a four-game losing streak. This included losses to the Cavaliers, Nets, Celtics and Bulls.

Coming into Friday, Antetokounmpo was averaging 31.7 points, 11.6 rebounds and 5.2 assists per game on 53 percent shooting from the floor this season. Antetokounmpo becomes the third player in the last four weeks to record at least 40 points and 20 rebounds in a game, joining Nikola Jokic and Luka Doncic.

The Bucks improve to 23-12 and sit third in the Eastern Conference.

Giannis doing everything he can for Bucks

The Bucks have not been at their best over the last few weeks, but that has not kept Antetokounmpo from doing everything he can to will the Bucks to a victory. While his Bucks teammates have struggled to make teams pay from behind the 3-point line, Antetokounmpo has attacked defenses relentlessly and now scored 40 points in four of the Bucks’ last six games.

Those missed shots have allowed him to also exert his will on the glass as well and dominate games. — Nehm

Antetokounmpo shot a lot of free throws (21) on Friday night and that was indicative of what the Timberwolves felt like they could do to slow him down. They never found a good matchup for him throughout the night and Antetokounmpo just kept attacking to try to make them pay. It is the 16th time in his career that he has shot at least 20 free throws and the second time he has done it against the Timberwolves this season (20 FTAs in the Bucks’ 115-102 win on Nov. 4). — Nehm

Antetokounmpo is the best player in the league at a time when the league is as deep as it’s been in elite talent in a long, long time. There is an inevitability to facing him that is unlike any other player in the league. He keeps coming at you, identifying weaknesses and attacking them mercilessly. He bends the game, and his opponent, to his will.

The Wolves were undersized tonight with Rudy Gobert and Karl-Anthony Towns out, and he just attacked them. He gave them no quarter, and made it possible for them to survive despite a putrid shooting start. If he doesn’t score, he gets to the line. If he gets stopped one time, he comes right back the next. What a player. — Krawczynski

Highlight of the game

Jingles to Giannis for the oop!! pic.twitter.com/qOrjZUZVqa

Antetokounmpo joins Elgin Baylor and Wilt Chamberlain as the only players in NBA history to have 40-plus points, 20-plus rebounds and five-plus assists in consecutive games.

“It’s nice to be running to the corner in transition to shoot a 3 instead of looking at him in the eyes and getting run over,” Joe Ingles said. “(Antetokounmpo) carries such a load for us, which for us as a team, I think we need to help him with that. Tonight was a little bit of forward progress of helping him and us trusting him when he’s got the ball and then vice versa. When he’s got the ball, for us to make shots and plays, but yeah, it’s much nicer being on this side, in this locker room, than him f—— trainwrecking us down on the other end.” 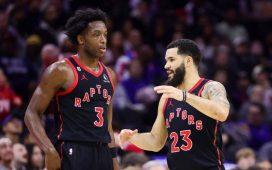