Giannis Antetokounmpo is pulling out all the celebratory stops while basking in the afterglow of leading the Milwaukee Bucks to the organization’s first championship in 50 years. That does not mean the superstar isn’t already looking ahead to next season with the hopes of successfully defending the Bucks’ title.

In an interview with Malika Andrews that aired Wednesday on “SportsCenter,” Antetokounmpo revealed his mindset i in the immediate aftermath of hoisting the Larry O’Brien Championship Trophy on Tuesday night.

“We just did it — we did it a couple of hours ago — and I’m already thinking about how can I do it again,” Antetokounmpo added in part in the interview, as transcribed by Bleacher Report. “How can I make this team better? What can I improve to help this team be better? But that’s who I am.”

The Bucks eliminated the Phoenix Suns Tuesday night in Game 6 with a 105-98 victory at Fiserv Forum.  Antetokounmpo led the way with 50 points, 14 rebounds, five blocks and two assists in 42 minutes.

The Greek Freak — already a two-time NBA MVP, five-time All-Star, a three-time All-NBA First Team member and one-time NBA Defensive Player of the Year — was named NBA Finals MVP for his outstanding performance in a series where the Bucks rattled off four straight victories after dropping the first two games.

A growing consensus inside the NBA world is that a Bucks squad led by Antetokounmpo, along with Khris Middleton and Jrue Holiday, have the makings of potentially becoming the next dynasty. Kevin Durant, whose significantly undermanned Brooklyn Nets took the Bucks to the limit in the teams’ Eastern Conference semifinal series — even believes as much.

“I know it’s the first chip and a lot of people call you a dynasty after a few (titles), but the continuity of that team is something that’s impressive and how they continue to build and add and now they’re champions, and you can appreciate that,” Durant said this week from Tokyo ahead of the Olympics, per Joe Vardon of The Athletic. “To see a couple of friends become champions today was cool. That experience doesn’t happen for just anybody, so you respect that journey.”

Whether a dynastic run for the Greek Freak and the Bucks is in the cards remains to be seen, although two other teams — including Durant’s Nets squad — currently are considered bigger favorites early on this offseason.

That being said, Antetokounmpo demonstrated with his remarks that while he’ll enjoy all the trappings of championship glory in the short term, there’s no doubt he’s keeping his eye on the larger prize at the same time. 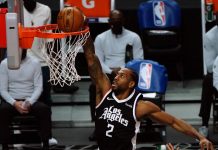 Kawhi Leonard expected to remain with Clippers after opting out? 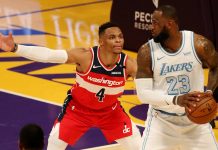 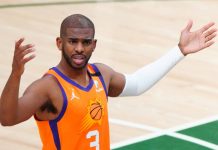 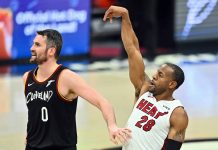 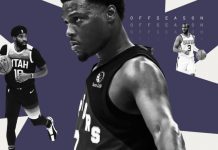 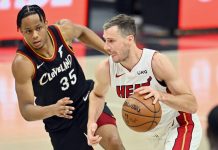 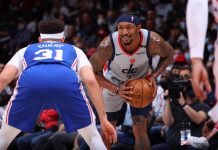 Wizards free agency preview: Everything from how the roster stands to replacing Russell Westbrook 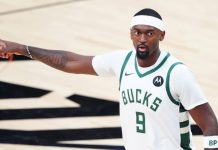 Bobby Portis willing to give Bucks a hometown discount? 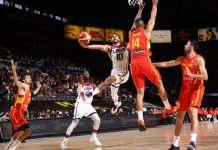 Team USA to face Spain in Olympic quarterfinal, Jayson Tatum could be key 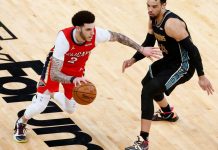 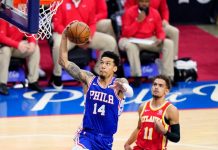 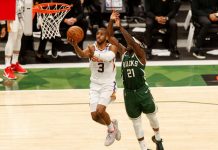