The German team wins the World Cup at home for its second consecutive triumph.
| Photo Credit: The Hindu Archives

Playing at home for the first time, Germany made up for all the lost chances, winning its second consecutive World Cup title, defeating Australia 4-3 in a repeat of the final from four years ago. It also became only the second team to do so after Pakistan and also the second team to win at home after the Netherlands.

The host dominated all the way, without losing a single game and being stretched to the penalties only once, in the semifinal against eventual bronze medalist Spain.

Australia, meanwhile, suffered a single loss — again to Spain — but established its position in the world, Jamie Dwyer being named Player-of-the-Tournament.

India started well, matching Germany till the very end in its opening game before Christopher Zeller struck the winner in the dying seconds. It was all downhill after that, India failing to win a single game and just a draw against South Africa, whom it beat again to avoid the wooden spoon in the competition which went back to being a 12-team affair.

The second time India hosted the tournament, it was also a precursor to the Commonwealth Games but was preceded by several governance and player issues. The tournament was overseen by an ad-hoc committee under the sports ministry with the Indian Hockey Federation suspended. The players went on a flash strike demanding better remuneration and match fees, the run-up to tournament was an organisational mess, but once it began, the quality of competition was top-class.

Australia won its second title, finally avenging its two consecutive final losses to Germany 2-1. India started with a comprehensive 4-1 win against Pakistan in the first game between the two sides in the World Cup since losing the battle for bottom-place in 1986. But that was the only bright spot for the team that finished a lowly eighth in front of home crowds. 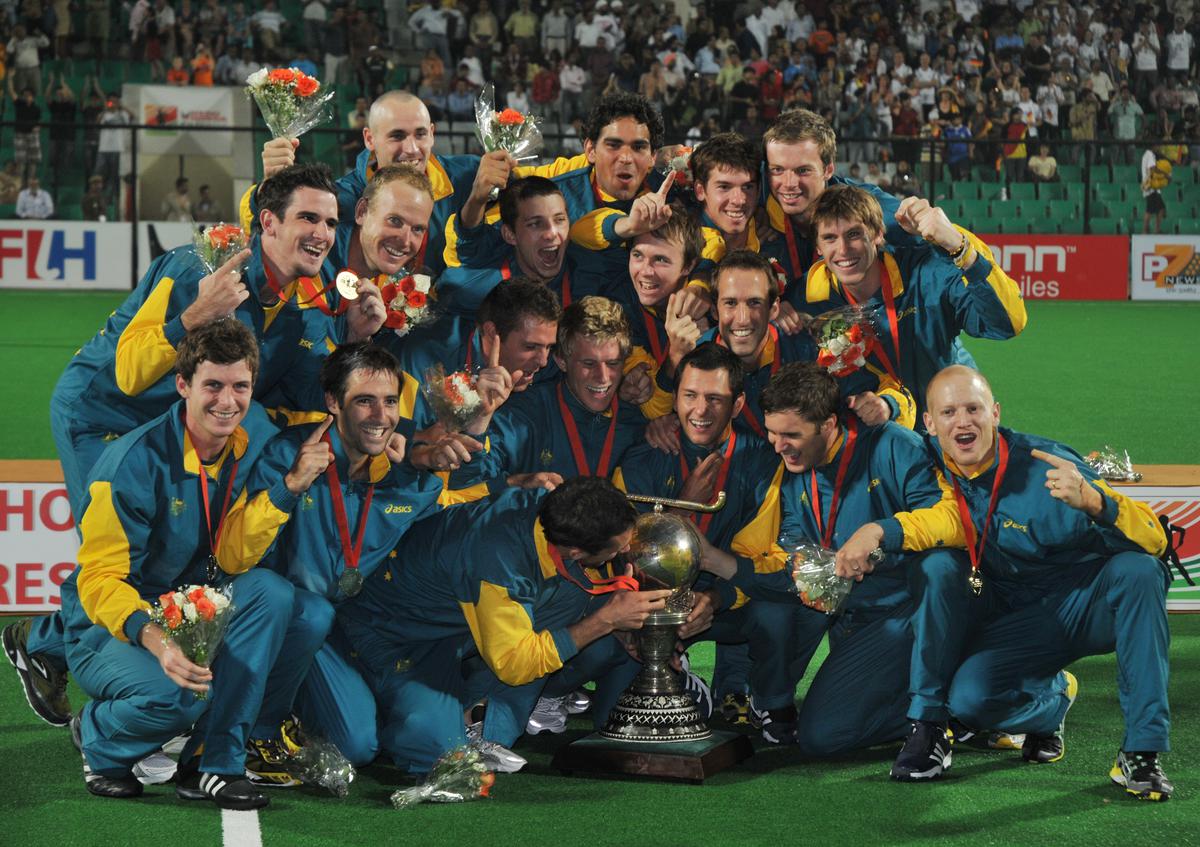 The Australian team celebrates with the trophy after beating Germany in the World Cup final in New Delhi, 2010.
| Photo Credit:
The Hindu Archives