ATLANTA (AP) – Some Georgia state senators want the state to call for conventions to amend the U.S. Constitution to require a balanced federal budget and limit the terms of members of Congress – again.

“These are two amendments that it is extremely unlikely that the United States Congress will propose, because they are both limits on Congress’ powers,” said Sen. Bill Cowsert, an Athens Republican who is sponsoring Senate Resolution 28 and Senate Resolution 29. Both passed the committee on 4-3 votes, sending them to the Senate for more debate.

“That should be decided by the convention of states,” Cowsert said, saying the resolutions and Georgia law allowing recall of delegates would prevent fears of a runaway convention that might make other changes. Some experts dispute whether those safeguards will hold.

Proponents of a balanced budget say debt and spending are on an unsustainable course, although Cowsert said he thought some deficit spending during an emergency like the COVID-19 pandemic or during a war is appropriate. Opponents, though, say that any amendment would hurt responses to recessions and endanger programs like Social Security and Medicare.

Cowsert said Georgia could become the 34th state to call for a balanced budget, but that number is in dispute, in part because some states have rescinded previous calls.

Those who support term limits say incumbents have too many fund-raising advantages because of ties to interest groups and that more frequent turnover of lawmakers would promote new ideas and simplification of the federal government.

“I would dismiss the argument that it requires someone to be up there 20 or 30 years to be an effective legislator,” said John Cowan of Rome, who lost a Republican congressional primary to Marjorie Taylor Green in northwest Georgia and spoke to the committee in his position as the new chair of U.S. Term Limits for Georgia.

Opponents, though, say voters should be able to keep the representative of their choice for as long as they want and that experienced lawmakers are good.

“I am the one who is responsible whether it’s your term limits or whether it’s my senators,” Suzi Voyles of the conservative Eagle Forum told the committee. “We just had an election where we saw our two federal senators become term-limited.” 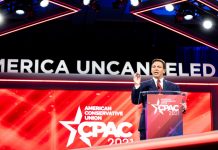 Trump Wins CPAC Straw Poll, But Only 68 Percent Want Him to Run Again 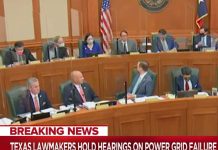 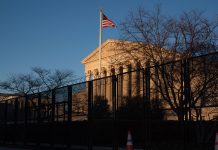 Trump CPAC speech – live: Ex-president to proclaim himself future of GOP as supporters hail him as ‘the boss’ 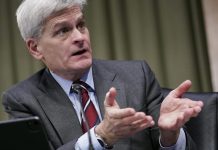 Bill Cassidy: Idea that GOP is being heard on COVID relief is a 'joke' 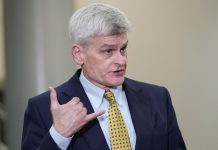 Bill Cassidy on Donald Trump 2024: 'If we idolize one person, we will lose' 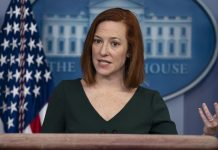 Jen Psaki: No 'substantive' proposal back from GOP on COVID relief 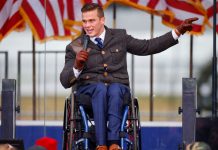 Who is pro-Trump congressman Madison Cawthorn?

The Future Of The GOP In Texas