Garland blasted for unleashing FBI on school board squabbles 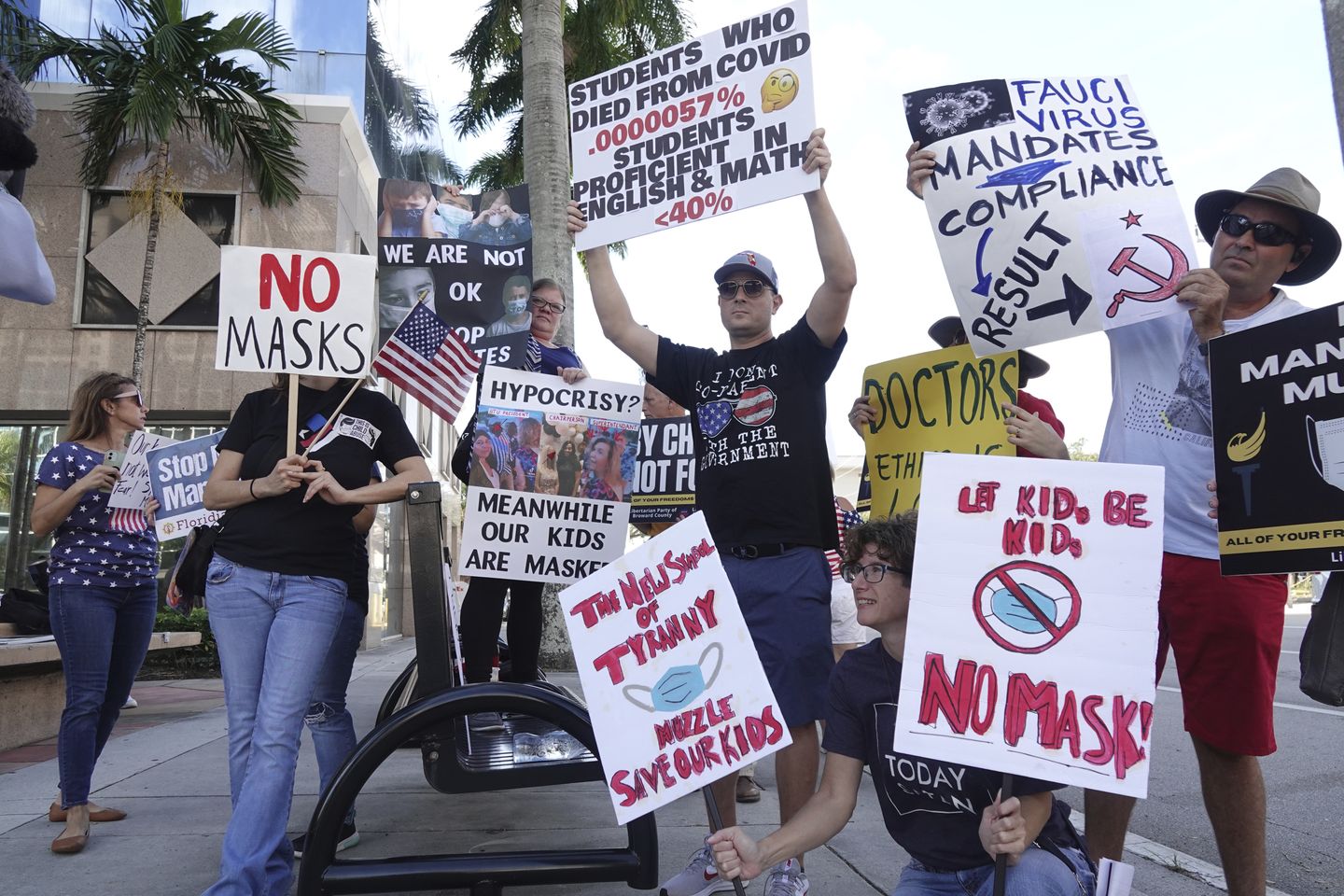 While Attorney General Merrick B. Garland sees a rising domestic threat to the nation’s public schools, others are struggling to identify anything more insidious than irate parents getting rowdy at local board of education meetings.

The Justice Department is coming under pressure to provide specific reasons for Mr. Garland’s hotly contested Oct. 4 directive mobilizing the FBI to respond to “a disturbing spike in harassment, intimidation and threats of violence” against school officials.

The only details about the incidents have come from the National School Boards Association, which gave about two dozen examples of disruptive behavior in its Sept. 29 letter urging President Biden to bring in the feds and suggesting that “the classification of these heinous actions could be the equivalent to a form of domestic terrorism and hate crimes.”

So far, however, Republican lawmakers are having a hard time spotting domestic terrorists and hate-crime perpetrators.

“The NSBA letter cited only a handful of examples of alleged ‘extremism’ nationwide,” said a Wednesday letter to Mr. Biden from 13 House Republicans. “However, most examples appear to fall far short of the U.S. government’s definition of domestic terrorism.”

The 11 Republicans on the Senate Judiciary Committee asked Mr. Garland in an Oct. 7 letter to explain “how any of this rises to the definition of criminal harassment.”

Most of the episodes cited involved school board meetings being postponed or adjourned early over noisy crowds of parents and community members objecting to mask mandates or critical race theory in the curriculum.

An Illinois man was arrested last month for allegedly striking a school official who tried to escort him from a meeting. In Detroit, someone gave a Nazi salute to protest masks. An Ohio school board received hate mail with the threat “we are coming after you.”

At a chaotic June 22 school board meeting in Loudoun County, Virginia, Scott Smith was arrested and charged with resisting arrest and disorderly conduct. He told reporters this week that he was upset because his daughter was sexually assaulted May 28 in a school restroom, an incident that is now under investigation.

Certainly much of the behavior is objectionable, and potentially criminal in a handful of cases. That said, the only actual violence cited occurred in the Illinois clash, in spite of the NSBA’s claim that “these threats and acts of violence have become more prevalent.”

In addition, all the incidents appear to fall squarely within the purview of local law enforcement, not the FBI.

“While we agree that there must be safeguards in place to protect public schools and education leaders as they do their jobs, the examples provided by the NSBA often amounted to mostly shouting and not specific acts of violence against individual school board members,” said the House Republican letter led by Rep. Doug Lamborn of Colorado.

In their letter, NSBA President Viola M. Garcia and Interim Executive Director Chip Slaven insisted that the situation requires federal intervention, including a look at potential violations of the USA PATRIOT Act.

“While local and state law enforcement agencies are working with public school officials in several communities to prevent further disruptions to educational services and school district operations, law enforcement officials in some jurisdictions need assistance – including help with monitoring the threat levels,” they said.

Mr. Garland said federal resources would be used to “discourage these threats, identify them when they occur, and prosecute them when appropriate.”

The Justice Department has not responded to requests by The Washington Times for details on the threats and any data the department might have to show an increase in incidents.

Breaking  I led a letter with 12 of my @HouseGOP colleagues to Joe Biden condemning his authoritarian crackdown on parents expressing their First Amendment rights across the country. Grateful for the support of my colleagues on this important letter.

School board meetings can become heated — ask anyone who has ever attended a public hearing on a school closure or boundary change — but one unique element about the latest skirmishes is that the issues are more national than local.

The NSBA warned of a nationwide effort to disrupt school districts, saying that “groups are posting watchlists against school boards and spreading misinformation that boards are adopting critical race theory curriculum and working to maintain online learning by haphazardly attributing it to COVID-19.”

The association linked to “School Board Watchlist,” a campaign started by the conservative group Turning Point USA, which seeks to “identify school districts across the country that are abusing their power to push leftist, racist, and anti-American propaganda.”

“If the NSBA doesn’t like that parents know about radicals running their child’s school, that’s a problem with school boards, not with concerned parents, or with TPUSA,” he said. “The irony is they are complaining about a private organization’s watchlist by asking the government to put TPUSA and other concerned parents on a government watchlist.”

In its letter, the NSBA said “threats and acts of violence” are causing school board members to resign, and linked to two examples, although one of those, Jon White of the Wilson County School Board in Tennessee, told local outlets that he wanted to spend more time with his family.

“The individuals who are intent on causing chaos and disrupting our schools — many of whom are not even connected to local schools — are drowning out the voices of parents who must be heard when it comes to decisions about their children’s education, health and safety,” Mr. Slaven said in an Oct. 4 press release.

Not all state educators support the NSBA’s request for federal intervention.

For example, the Delaware School Board Association said it had made it clear to the NSBA that it disagreed with sending the letter without first consulting with the state organizations, and that if it had, the DSBA would not have allowed itself to be associated with the request for federal involvement.

“The DSBA disagrees, in the strongest possible terms, with parents and citizens protesting school board meetings being characterized as ‘domestic terrorists’ and their protests being likened to ‘hate crimes,’” said the statement on the Parents Defending Education website.

Parents Defending Education president Nicole Neily said the definition of “threats” and “harassment” have evolved “from an actual legal standard to one of interpretation.”

“I have no doubt that this is taking place in districts across the country as well, where tough questions and boos are being reported as harassment, which is laughable,” she said in an email.

Also not buying the parents-as-terrorists narrative were Senate Republicans, who said “the FBI should not be involved in quashing and criminalizing discourse that is well beneath violent acts.” The lawmakers also raised free speech concerns.

As far as the Senate Republicans were concerned, “these actions look a lot like civil disobedience in protest of public policy, a tactic often embraced as virtuous by Democrats when it comes to policies they oppose.”

Those cheering the Justice Department’s move included Randi Weingarten, president of the American Federation of Teachers, who tweeted her thanks.

Michael Watson, research director of the conservative Capital Research Center, said the NSBA is funded mainly by member associations but received five-figure donations in 2019 and 2020 from the National Education Association, the nation’s largest teachers union.

“It is hard to see NSBA’s and the Justice Department’s actions as anything other than attempts to chill the constitutionally protected speech of critics of the teachers unions, critical race theory curricula, and hyper-restrictive COVID policies demanded by the unions,” Mr. Watson said in an Oct. 7 post.

• James Varney contributed to this report. 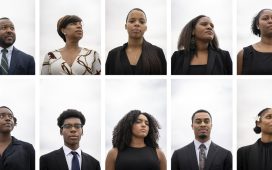 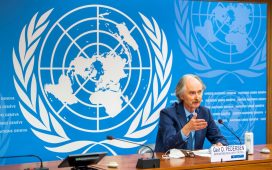 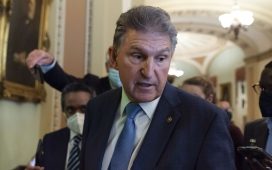 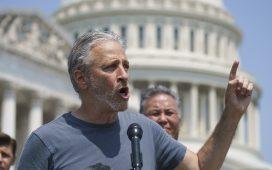 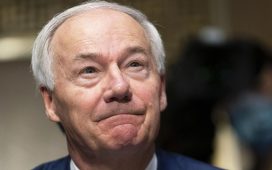 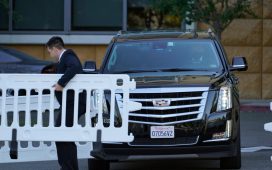 Bill Clinton to be released from California hospital