As the tennis season finally turned away from Australia and towards the Middle East this month, the Qatar Total Open produced a championship clash of titans. There stood Petra Kvitova and Garbiñe Muguruza, both of them six-foot forces and two-times grand slam champions who believe they can hit anybody off the court. Throughout her career, Kvitova has been described as one of the tour’s streakiest players but her dismantling of Muguruza revealed the truth: as the Czech lifted her 28th career title, the Spaniard remained with just seven.

Among the best players of her generation, Muguruza’s inconsistency has no parallel. Seven years ago, she arrived in the spotlight almost fully formed. As she floated up the rankings, her form would erupt for short periods on the biggest stages of major tournaments, but in the day‑to‑day grind of a 10-month season it never endured.

She won the French Open in 2016 aged 22 by smiting Serena Williams in the final, and in 2017 she triumphed at Wimbledon. The early successes were preceded by Muguruza’s hiring of the French coach Sam Sumyk in 2015. She had emerged as a simple, aggressive baseliner who smothered opponents with depth, early ball striking and her rare, exceptional ability to change the direction of any speeding ball, particularly with her backhand down the line. Sumyk made her a more rounded player with more topspin, improved defence and frequent forays to the net.

While her game was theoretically more consistent, the periods when her forehand disintegrated and the rest of her game would follow remained. Still, as Muguruza rose to No 1 in September 2017, she had positioned herself as the sport’s new alpha. Like most great champions, the potency of her game was matched by her force of personality.

The negative points of Sumyk’s intense coaching approach were soon evident. Their on-court interactions were uncomfortable, veering from petty bickering to Muguruza staring into space for 30 seconds without uttering a word. In 2018, within seconds of entering the court in Zhuhai, Sumyk responded to Muguruza’s insolence by cursing her as he marched away. “Maybe in 10 years, if she keeps going like this, maybe she will feel burnt out,” Sumyk told the New York Times on the intensity of their partnership. “But for now, she’s fine.”

His timeline was inaccurate. By 2019, Muguruza was a shadow of herself as she ended the season ranked 36th. Her fans were relieved when she announced their separation and joyful when she hired her countrywoman Conchita Martínez, the 1994 Wimbledon champion. Martínez contrasts sharply with Sumyk – a former player who can relate to Muguruza personally, a calm and positive influence, a friend. Her effectiveness was already clear at Wimbledon 2017 when she accompanied Muguruza after personal affairs forced Sumyk to coach from home. Muguruza left with the trophy.

The decision to hire Martínez was instantly affirmed by Muguruza’s Australian Open final run last year. Martínez helped to re-establish her as the smothering baseliner of old, encouraging her to be more aggressive with her serve. Off the court, though, Muguruza was unusually subdued. “I’m just taking it easy after these two years,” she said after her loss to Sofia Kenin in the final. “The media has been tough on me, I have to say. I don’t read a lot of things, but I really felt that people… Today people will say very good things about me, and the next week bad things if you lose. I kind of found myself less excited with how things work.”

Early into their second year together, Muguruza stands on the verge of achieving the consistency that has always eluded her. Over her past four tournaments, she has reached three finals and the one instance she failed yielded one of her most important results. In the Australian Open fourth round, Muguruza played a sublime, disciplined match to lead the eventual champion, Naomi Osaka, 5-3 and 15-40 in the third set with double match point. Rather than wallowing in the missed opportunity, she left Australia determined to build on the momentum.

Muguruza has since pieced together a deeply impressive two weeks in the Middle East, winning nine matches in 13 days as she marched to the final in Doha and then defeated Barbora Krejcikova 7-6 (8), 6-3 to clinch her eighth title at the Dubai Duty Free Open. It marks her first WTA title since April 2019 and her first at WTA 1000 level since 2017. She has now won far more tour-level matches (18) than any player, male or female, this year.

In press conferences, Muguruza has opened up once more, revealing a more mature and self-aware version of herself. After reaching the Dubai final, she explained the value of experience at 27 years old. She has already achieved her biggest goals, so she has resolved to move forward without unnecessary pressure: “Now is the time to forget all those things when you’re young and thinking: ‘When am I going to No 2 or No 1?’ All of those things are gone already. Of course I want to be in those positions again but this is not pressure any more. I’ve done it and I want to do it again.”

If the biggest early conclusion from this season is the supremacy of Osaka, the second is the re-emergence of Muguruza who has positioned herself as one of the clear contenders for the coming grand slams. She has long since proven that she can win any tournament on any surface and at any time. Now she will try to be a constant, reliable danger at them all.

‘Way more work to do’: Athletes give cautious welcome to Floyd verdict 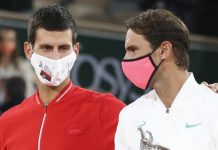 Novak Djokovic hits back at Rafael Nadal over 'obsession' comments 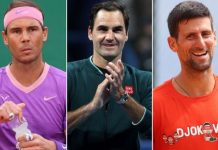 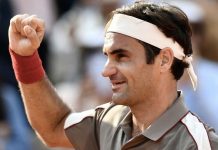 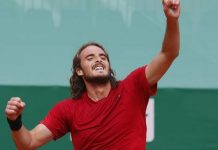 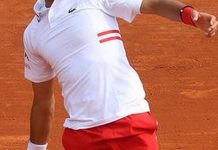 Serbia Open back after nine-year hiatus 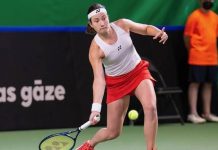 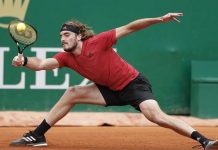 Monte Carlo Masters | Tsitsipas to clash with Rublev in final