Team USA and Canada last met on November 21 at the Leon’s Centre in Kingston, Ontario., with the U.S. taking a come-from-behind victory, 3-2 in overtime. Hilary Knight (Sun Valley, Idaho) tallied the game-tying goal early in the third, before putting away the game-winning goal less than a minute into overtime. Kendall Coyne Schofield (Palos Heights, Ill.) recorded assists on both of Knight’s goals, while Nicole Hensley (Lakewood, Colo.) stood tall in net, saving 18 of 20 shots.

One of the most prolific rivalries in all of sports, the U.S. and Canada are no strangers to each other over the years. The two teams have met five time in the last four months dating back to the IIHF Women’s World Championship in late August and will meet an additional five times, outside of tonight’s game, in the lead up to the 2022 Olympic Winter Games in Beijing.

Goaltender Maddie Rooney (Andover, Minn.) returns to the net for Team USA for the first time since November 8, 2019, where she made 19 saves in a 4-1 loss to Canada.

MEET ME IN ST. LOUIS

USA Hockey recently announced two additional stops for the U.S. Women’s National Team on the My Why Tour, presented by Toyota. Team USA will face Canada on Dec. 15 and Dec. 17 at the Centene Community Ice Center in St. Louis, Mo. 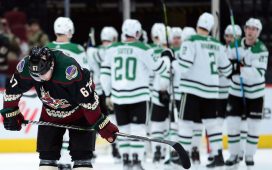 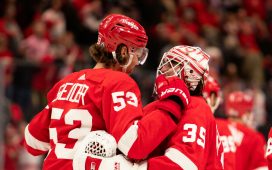 Can the Red Wings Finish 1-2-3 in Calder Trophy Voting?

Sonny Milano is Having a Breakthrough Season 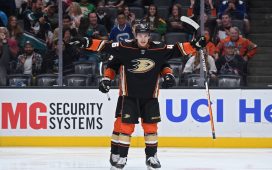 A Trade Could be Coming to Address Dallas Stars' Crowded Crease 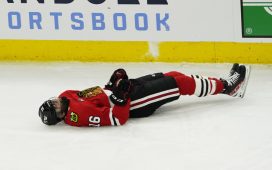 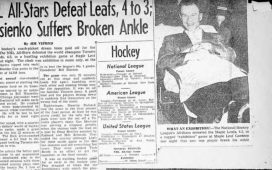 From the Archives: The First NHL All-Star Game 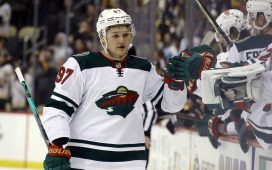 THN Power Rankings: Give the Wild Some Respect