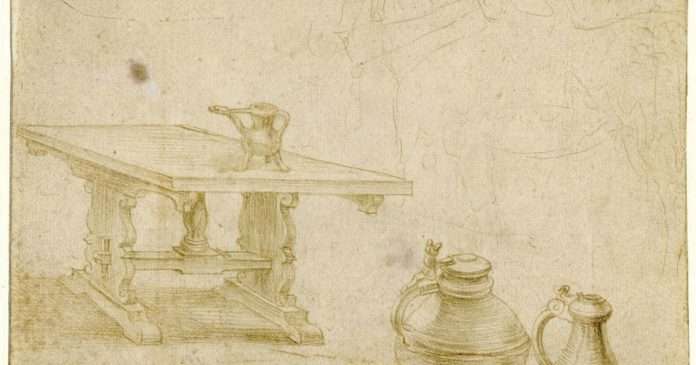 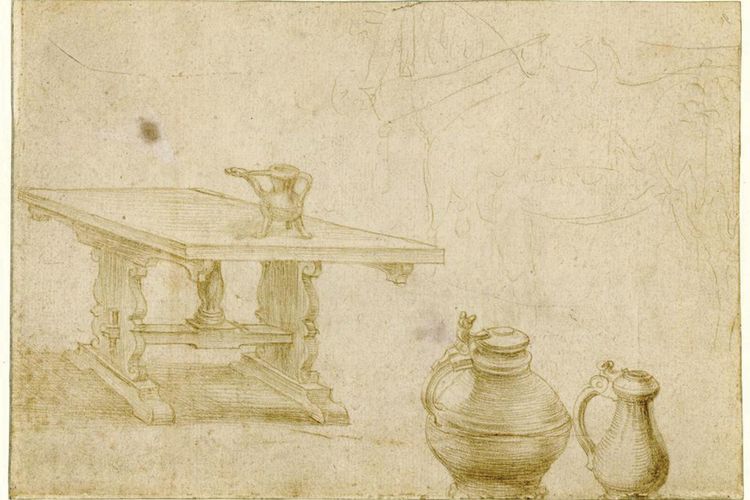 An Albrecht Dürer drawing from the British Museum, which is now on show in a major exhibition in Aachen, depicts one of the city’s gambling dens, Zum Spiegel (The Mirror), according to a leading specialist. The sketch shows two beer tankards with lids in the foreground and a table with a three-footed vessel for heating liquids.

In his journal, Dürer recorded a series of visits to Zum Spiegel, even noting his losses: “I went through 5 silver pence bathing and drinking with my friends. I lost 7 stuivers gambling with Hans Ebner [a Nuremberg alderman] at The Mirror.”

The link between the journal entry and the drawing has been made by Christof Metzger, the chief curator at the Albertina in Vienna and a Dürer specialist. He is proposing a new reconstruction of the disbound sketchbook that the artist used during his 1520-21 visit to the Low Countries. Because of the sequence that Metzger has deduced, he believes that the British Museum sketch depicts the Zum Spiegel inn.

The drawing will be on show in the exhibitions on Dürer’s travels currently at Aachen’s Suermondt-Ludwig Museum and London’s National Gallery opening in November.

• Read our preview of the Aachen exhibition, Dürer Was Here

The cheek of it: artists celebrate the bottom – in pictures