With help from John Hendel and Leah Nylen

— Agency agenda: The FTC plans to rescind Trump-era vertical merger guidelines at today’s open meeting. But how much will that really change?

— Broadband moves: As House committees wrap up their portions of Democrats’ social spending package , some lawmakers are trying to secure more funding to boost internet connectivity across the country.

— Not just for dancing: Federal authorities warned law enforcement that American extremists were gathering on TikTok ahead of Jan. 6 — a sign of their growing concerns about violent content on the app.

IT’S WEDNESDAY, SEPT. 15. WELCOME TO MORNING TECH. I’m your host, Benjamin Din. If you haven’t already, buckle in for this wild ride from POLITICO Europe featuring Nicki Minaj and Boris Johnson — a collab that you didn’t know you needed until now. (Make sure you read all the way to the end.)

Got a news tip? Email me at [email protected] and find me on Twitter @benjamindin. Got an event for our calendar? Send details to [email protected]. Anything else? Team info below. And don’t forget: Add @MorningTech and @PoliticoPro on Twitter.

A message from Charter Communications:

We’re proud to announce that Spectrum Internet ranks No. 1 in the U.S. News & World Report 2021-22 “Best Rural Internet Service Providers” survey. This recognition underscores our ongoing commitment to connecting more communities from coast to coast, including rural areas. And we’re just getting started.

FTC TO RESCIND TRUMP-ERA MERGER POLICY — Lina Khan’s FTC is hosting its third open meeting today, and the Trump administration’s guidelines on vertical mergers — that is, deals between two companies that are not direct competitors — are on the chopping block.

— Let’s get vertical: DOJ’s unsuccessful attempt to block the AT&T-Time Warner megadeal spurred the Trump DOJ and FTC’s desire to update the guidelines for vertical mergers, which hadn’t seen a refresh since 1984. Some major pending mergers of the vertical variety: Amazon’s takeover of MGM Studios and DNA sequencing giant Illumina’s bid to buy cancer-startup Grail.

The FTC’s Democrats at the time, Rohit Chopra and Rebecca Kelly Slaughter, voted against finalizing the new guidelines last year on the grounds they weren’t tough enough. Now in the majority, Chopra and Slaughter will join with Khan to rescind the guidelines and rewrite them again. Expect a 3-2 party-line vote.

A big question for antitrust specialists is whether the withdrawal of these guidelines really matters, said Jeny Maier with the law firm Axinn. The vertical guidelines were only in place for 16 months. All eyes will be on the Justice Department, which was also a party to the Trump-era guidance, and whether they start treating vertical deals differently: “Are you going to get a different type of analysis depending on which agency grabs [the deal]?” Maier said.

— Big Tech’s little deals: The FTC also plans to release some preliminary data from its study of small acquisitions by the major tech companies. The study into Apple, Amazon, Facebook, Google and Microsoft looks at 10 years of mergers by the tech titans that were small enough not to require an antitrust review. The study could provide some interesting context for how the companies became the giants they are today.

One other thing to watch for, according to Maier: whether the FTC’s recent announcement about how it treats debt in mergers came about because of how tech giants have done their deals.

SOUTH KOREA CONTINUES GOOGLE OFFENSIVE — The Korea Fair Trade Commission targeted the search giant on Tuesday, slapping it with a $177 million fine amid hopes that the move will benefit South Korea’s homegrown tech giants by allowing them to develop or use modified versions of Google’s Android OS. Android has a massive market share in South Korea, since Samsung phones, which represent about two-thirds of the country’s mobile market, run on the Android operating system. With its decision, the KFTC hopes to allow South Korean tech giants like Samsung and LG to create their own modified versions of Android specifically for their smart devices, such as TVs and watches. Google has said it plans to appeal the decision.

FIRST IN MT: LET’S GET MOVING ON KANTER, GROUPS SAY — Two dozen civil society groups are urging the Senate to fast-track confirmation for Jonathan Kanter, President Joe Biden’s pick to be the Justice Department’s assistant attorney general for antitrust. A successful confirmation would solidify the Wu & Khan & Kanter trifecta that progressive antitrust advocates have been pushing for.

“A new sense of urgency from the Biden administration and Congress, in the form of new legislation and executive action, will have limited impact so long as we lack a strong antitrust AAG to lead the way,” the groups, including Accountable Tech, the American Economic Liberties Project, the Center for Digital Democracy, Demand Progress and Fight for the Future, wrote in a letter this morning to Senate Majority Leader Chuck Schumer and Senate Judiciary Chair Dick Durbin (D-Ill.).

— Inside House E&C’s slog: Over the course of a multiday markup, GOP committee members sought to rope in broader and largely unrelated messaging attacks. Republicans tied Democrats’ proposed $10 billion to upgrade the nation’s 911 infrastructure to progressive policing reform, arguing to keep grants from communities that cut police funding, and a proposal for $4 billion to bolster the FCC’s internet subsidies for students became entangled with “critical race theory” discourse. In the end, Democrats defeated GOP amendments in party-line votes and advanced their plans unilaterally.

The Democrats also want to explicitly empower the Commerce Department and FCC in decisions over reallocating the airwaves, an effort to “right [the] wrong” of Senate infrastructure legislation language, telecom subcommittee chair Mike Doyle (D-Pa.) told his colleagues. (Democrats have worried about giving too much power over spectrum auctions to the Pentagon.)

— Meanwhile, in Ways and Means: House Ways and Means Committee Democrats tucked in a proposed tax credit for local governments that run their own broadband networks, which Democrats say are better attuned to local needs. Republicans and the telecom industry broadly oppose municipal broadband projects, complaining local governments lack the scale and expertise for network building.

DEMOCRATS PROPOSE $2B BROADBAND VOUCHER PROGRAM — Rep. Donald McEachin (D-Va.) and Sen. Raphael Warnock (D-Ga.) introduced a bill Tuesday that would allocate $2 billion for a proposed FCC voucher program for low-income Americans — a move that reflects the high demand across America for broadband dollars. The Device Access for Every American Act would authorize the FCC to distribute up to $400 vouchers for the purchase of laptops, tablets and desktop computers, which the lawmakers said would help students who don’t have consistent access to a computer.

FEDS RAISE ALARM OVER EXTREMISM ON TIKTOK — American authorities are increasingly concerned about radicalization on TikTok, POLITICO’s Betsy Woodruff Swan and Mark Scott report in a story out this morning.

— Behind the scenes: Federal officials warned law enforcement agencies in April that domestic extremists had used the video app leading up to the Jan. 6 riots on the Capitol to promote violence, according to an internal government document. The analysis was shared with law enforcement around the country.

— Not your usual suspect: The concerns over TikTok — which have primarily been over its Chinese ownership — are relatively new, as security agencies have traditionally focused on other platforms like Facebook and YouTube as breeding grounds for digital extremism. But as a younger generation turns toward newer platforms like TikTok, those digital upstarts are becoming sources of concern.

“The TikTok algorithm is so good that before you know it, you’re on a domestic violent extremism spiral,” said Seamus Hughes, the deputy director of the Program on Extremism at George Washington University.

— Company response: “There is absolutely no place for violent extremism or hate speech on TikTok, and we work aggressively to remove any such content and ban individuals that violate our Community Guidelines,” TikTok spokesperson Jamie Favazza wrote in an email. 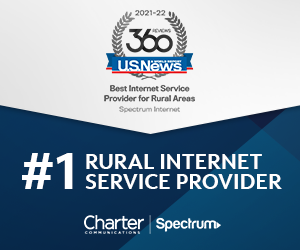 Jacqueline Beauchere will join Snap as its first global head of platform safety, after serving as Microsoft’s chief online safety officer. … Microsoft’s board has approved Brad Smith’s appointment as president and vice chair of the company. … Maryana Iskander has been selected as the next CEO of Wikimedia Foundation. Since 2013, she has served as CEO of Harambee Youth Employment Accelerator in South Africa. … Fidelma Russo will join Hewlett Packard Enterprise as CTO. She was most recently SVP and general manager of VMware’s cloud services business unit.

Jessica Rich, a former director of the FTC’s Bureau of Consumer Protection, has joined the law firm Kelley Drye & Warren. … Jameson Dempsey is joining SpaceX as a principal for government affairs. He was previously at Loon, Alphabet’s internet balloon company. … Justin Rzepka is now co-chair of BGR Group’s commerce practice, which represents clients in the broadband, semiconductor and transportation sectors. He joined BGR in 2018 after working at NCTA. Robin Colwell is joining the practice full-time as SVP. She is a White House, FCC, House E&C and Senate Commerce alum.

Zendesk is joining BSA | The Software Alliance as a global member. Shanti Ariker, the company’s SVP and general counsel, will join BSA’s board of directors. … FactSparrow, the AI-powered on-demand fact-finding service, is adding COVID-101, Econofact and USAFacts to its roster of content partners.

The FCC announced the members of its Communications Security, Reliability and Interoperability Council, which will be co-chaired by Verizon SVP and CISO Nasrin Rezai and Billy Bob Brown, Jr., executive assistant director for emergency communications at the Cybersecurity and Infrastructure Security Agency.

From our friends at POLITICO Influence: DLA Piper announced a new look for its regulatory and government relations practices, combining both under the leadership of veteran telecom attorney Edward “Smitty” Smith. Smith, the managing director of the law and lobbying firm’s D.C. office and a potential contender for FCC chair, will oversee the new practice, which represents a “doubling down on investment” in providing a “seamless” advisory practice for clients, Smith told PI in an interview.

A message from Charter Communications:

Access for all means opportunity for everyone. That’s why we’re investing billions to extend our network to reach those who need it most. Over the next several years, we will build more than 100,000 miles of new U.S. broadband infrastructure that will deliver reliable, high-speed internet access to even more communities from coast to coast. That’s an extension long enough to circle the equator four times.

This $5 billion initiative will connect an FCC-estimated one million currently-unserved, mostly rural families and small businesses to reliable broadband service with speeds of up to 1 gigabit per second. 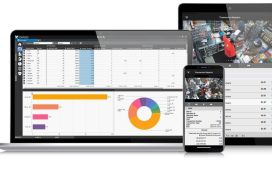 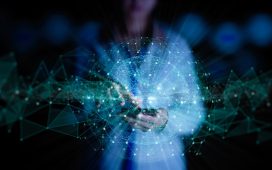 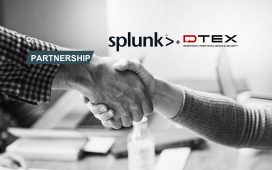 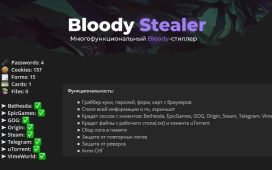 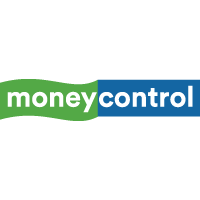 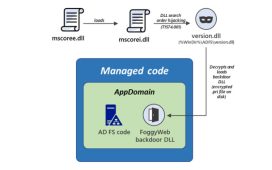 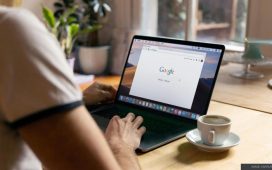