The shortlist for the Art Fund’s Museum of the Year—the world’s largest museum prize—has been announced. The five museums competing for the £100,000 award are: Derby Museums, Museum of Making; Horniman Museum and Gardens in London; People’s History Museum, Manchester; the Story Museum, Oxford; and Tŷ Pawb in Wrexham.

The People’s History Museum tells “the story of the past, present and future of democracy in Britain”, and currently hosts the exhibition More in Common: in memory of Jo Cox (until 30 June), the Member of Parliament who was murdered in 2016. Its headline theme this year is migration. Bernard Donoghue, the chair of the People’s History Museum, tweeted: “I am so proud and delighted of [the museum] and of the work of our team… for their creativity, partnerships, hard work and commitment to being a values-led, activist and campaigning museum.”

Tŷ Pawb (Everyone’s House) is a museum in a market with makers, traders and galleries all under one roof. The North Wales institution is underpinned by the principle that “art can be a tool for social change”, acting as a community space where workshops, community conversations, play sessions and informal performances are held. In 2018, Rowan Moore reported in the Observer that “it is welcoming, animated, open, unpretentious and multifarious, while also calm and dignified. If this can’t bring art and everyday life together, I don’t know what will.”

Meanwhile, the Horniman museum in South London places “the interlinked issues of climate, biodiversity and social justice at the centre of what we do”, launching an ambitious Reset Agenda last year that included “rethinking relationships and building trust around African collections”, for instance. The museum’s chief executive, Nick Merriman, tweeted: “We’re looking forward to the visit of the judges to show them how we’ve been inspiring the next generation of museum visitors.”

According to a vision statement, the Story Museum “highlights the human need for stories and celebrates the many ways that people can benefit from them”. Among the museum’s innovations is the Blue Sky Book Club, which enables selected students at Oxfordshire primary schools, especially those who encounter barriers to reading, to receive the latest books. This year, the museum launches its Minecraft Museum project, working with teenagers to create a digital version of its Enchanted Library space.

The Museum of Making in Derby, which only opened in May 2021, charts the progress of Derby’s manufacturing industry and also runs an ingenious membership scheme that allows designers and artists to use specialist equipment onsite and access technical support. The museum tweeted: “We are proud of our transformation into a live, interactive museum, where people can learn, think and make and are delighted to be selected alongside four other fantastic museums.”

The members of this year’s judging panel, chaired by the Art Fund Director Jenny Waldman, are Diane Lees, the director-general of the Imperial War Museums; the artist Harold Offeh; the cultural historian Janina Ramirez and the broadcaster Huw Stephens.

The winning museum will be announced at a ceremony at the Design Museum in London on 14 July. Post-pandemic, the £100,000 prize given by the Art Fund, the national fundraising charity for art, is even more sought after; the other four shortlisted museums will each receive £15,000. Last year’s winner was Firstsite in Colchester. 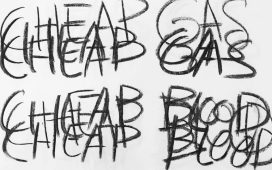 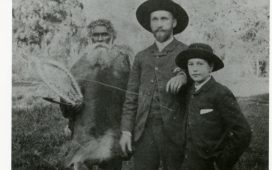 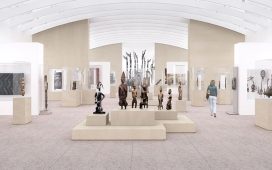