The major European club cup competitions are set to be suspended after the French government advised its clubs not to take part in cross-border matches because of the coronavirus variant that has sent the transmission rate soaring in Britain – but it will wait before deciding if France should postpone its Six Nations matches.

The French sports ministry held a meeting with the organisers of the Champions and Challenge Cups, European Professional Club Rugby, and the body that runs the Top 14, Ligue Nationale de Rugby, on Thursday after some French clubs had called for a boycott of European competitions in protest at the testing regime.

The ministry said on Saturday: “The French government is moving, in the short term, towards the adoption of measures to restrict or even prohibit the participation of French team sports clubs in matches including teams from the United Kingdom.

“The Sports Ministry is writing this weekend to LNR inviting it to postpone the next matches involving French clubs against British clubs, in accordance with the wishes expressed by several professional French rugby clubs over the last few days.”

Bayonne, who last weekend said they would not fulfil their final two fixtures in the Challenge Cup after an outbreak of Covid-19 that followed their visit to Leicester three weeks ago, led the call for a boycott along with Toulon, who were angry they were punished after refusing to play the Scarlets last month.

The French clubs wanted testing to be conducted 72 hours before a match rather than at the start of the week, along with the adoption of the Top 14 rule that if at least three players test positive, the affected club goes into isolation and does not play until the next round of testing.

EPCR agreed to make changes and thought it had the support of LNR on Thursday for the two tournaments, which were due to resume next weekend, to continue. The intervention of the French government, whose advice the LNR has indicated it will accept, changed that.

EPCR said it would not be making a statement until it had been contacted directly by the French, but it had already started drawing up plans should the Top 14 clubs be pulled from the next two rounds. It will suspend the competitions rather than abandon them and look to rearrange the games.

It is a season without slack, but with the next two weekends likely to be free, the LNR and the Guinness Pro14, which started earlier than the Premiership, are considering using the space to rearrange matches that were postponed because of the virus.

The Premiership has adopted a cancellation policy because there is no time to play postponed fixtures in a campaign that started more than two months late. It faces the prospect, along with its broadcast partner, BT Sport, of two weekends without action. It would have the option of rescheduling two rounds to allow Europe to resume later in the season.

“It will be interesting what we do from a Premiership point of view if the next two rounds are called off,” said Dean Richards, the Newcastle director of rugby, after his side’s victory over Gloucester at Kingston Park on Saturday. Premiership Rugby said it would wait for a statement from EPCR before commenting, but if there are no matches on the two weekends, it would not only be Saracens players who joined the England camp having gone weeks without playing.

French officials repeatedly referred to England during Thursday’s meeting and Saturday’s statement made no reference to Italy or Ireland, France’s first two opponents in the Six Nations. They are not scheduled to meet a side from the British mainland until the last day in February when Scotland are due to visit Paris.

Asked if it intended to lobby the UK government to speak to the French about the Six Nations, the Rugby Football Union said its position was that the tournament would go ahead as planned. One of the reasons for the French concern about the next two rounds of Europe proceeding was its clubs would be involved in 20 matches against teams from England, Scotland and Wales.

France would have three fixtures against teams who would be operating in a bubble, unlike clubs whose players return home after training. The threat to the Six Nations is the virus rather than the French government as the death count rises throughout Europe.

The Newcastle United manager, Steve Bruce, said on Friday that he felt it was morally wrong for elite-level football to continue, asking what would be considered serious enough for the sport to be suspended. With the British & Irish Lions tour to South Africa in doubt, there may be scope to push back the Six Nations to the summer. But that would be a decision taken by the broadcasters and may involve a cut in revenue for a sport that is already struggling financially.

As one administrator said on Saturday: “It is hazardous to plan ahead because you do not know what the position is going to be next week, never mind in a few months. You can only wait and see.” 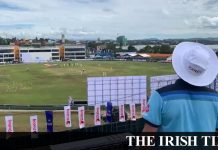 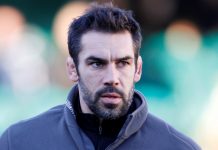 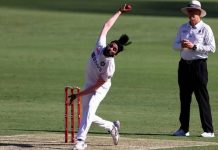 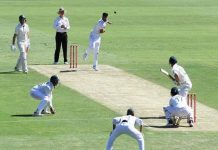 Aus vs Ind fourth Test | My skills with red ball are good and I am ready to bowl even 40-50 overs, says Washington... 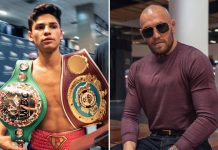 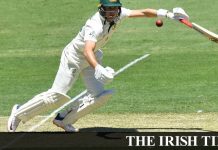 Labuschagne’s century sees Australia edge day one at the Gabba 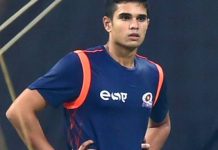 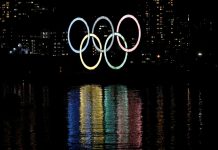