As I sat down to write up my review of Fourth and Church, a restaurant, wine shop and deli in Hove, we were, alas, all chivvied back into the house once more. Some of us had never left in the first place. Others, me included, had made an earnest effort, acquiring a semi-regular habit of pulling on newly snug clothes that require buttons before dining in public places, wriggling around the restrictions, and sometimes even clutching a spiral-bound jotter to show that I was definitely “on business”.

I ate in deserted restaurants, in church courtyards, in pub car parks and under hastily hammered-up gazebos, and along the way I tried to count some of the tiny blessings of the new world. And there were a few, such as how restaurants had got much more amenable to wrapping up leftovers in classy doggy bags because they needed to clear you out before the inspectors arrived at 10pm. So, although your night out was more or less scuppered before your bum had really warmed the seat, at least you had a cardboard box of pommes dauphinoise ready for breakfast. Waste not, want not.

In the new world, you didn’t dine crammed on to a table next to strangers any more, forced to earwig on their chat, rapid table-turning was rarer, and loos were sparklier and more scrubbed than I’ve ever known. But these were just rare Pollyanna moments in an otherwise burning landscape, and now, as of midnight last Wednesday, we’re all confined to barracks again, ordering Aldi booze deliveries, bidding on eBay jigsaws, doom-scrolling on social media and staring into the fridge at least six times a day.

At least this further span of lockdown has come at that point in the calendar when I find my pressure cooker riveting. That is not a euphemism. My Sage Fast Slow cooker has an exhilarating steam release that makes knocking up some lentil dal feel as if you’re riding the space shuttle. From the onset of November’s dark nights until around mid-January, merely loading the pressure cooker with legumes, some type of allium and a few cups of stock feels like an actual achievement, whereas from February to March, there is not one recipe (aside from Nigella’s quadruple chocolate loaf served to me by a shirtless Cillian Murphy) that could cheer me up.

Which is why, come February 2021, I’m hoping to be able to make another pilgrimage to Fourth and Church, which turned out to be one of the greatest restaurants I’ve been to in the past few years. This is a small, independent labour of love – imaginative small plates, dizzying wine line, fabulous service – that I found out about only after several of its regulars got in touch feeling rather rattled that Sam Pryor and Paul Morgan’s neighbourhood joint was being ignored.

“OK, I’ll pop by for a few plates,” I thought, expecting something perfunctory and ending up with egg all over my stupid face because the place is joyous. The menu is a riot of ideas. Confit duck beignets with a puddle of piquillo pepper ketchup from the snacks list, to munch with your first, very good martini. I dream of Pryor’s crunchy fried chicken thighs in breadcrumb with kimchi remoulade, and his trout cured with pastrami-style seasoning and arranged prettily on crisp bread with pickled onion and cream cheese.

Fourth and Church is an example of why we will always need restaurants, no matter what, because I love to be at the absolute mercy of such flights of culinary fancy. Warm lamb shoulder croquettes arrive with pickled quince and rosemary-infused aïoli, while mackerel is served on freshly made blue corn tacos with pickled jalapeños and a heavenly marjoram slaw. Charles wittered on for days about his grilled duck heart brochettes, which came with wilted greens festooned in an earthy, pistachio-based slant on dukkah.

“These people are kind of maniacs, and I love it,” I remember saying as we decided to ditch the car and order a bottle of wine from the thousands stacked on the heaving shelves behind us. Puddings were a fantastic lemon posset, served in a glass and loaded with chunks of almond streusel, and a pretty much perfect chocolate marquise with cultured cream. We were making plans to come back for a forthcoming birthday before we even asked for the bill, which is the highest compliment you can pay any restaurant, though of course that may well now have to be rethought as the rug is pulled out from under all of hospitality once again.

All we can do right now is pencil in 3 December, hope for a miracle and support places such as Fourth and Church by ordering from them online while looking ahead to Christmas. Even if I can’t have that kimchi remoulade, I’ll settle for a box of fine British cheese and a bottle of Ditchling gin. Into the breach again, dear friends. Onwards… 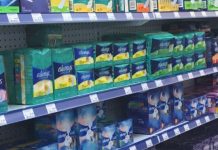 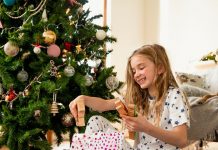 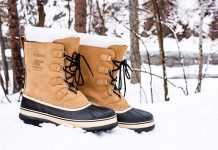 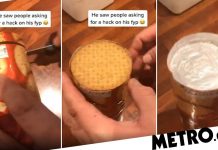 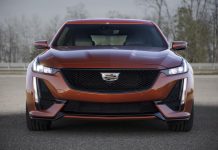 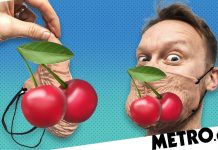 Someone’s made a face mask that looks like a set of testicles, for reasons we do not understand 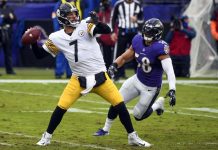