She made match play and was disappointed with a first-round loss, but she plans to keep working on her game and return next year.

“I practice with the USGA tournaments in mind,” she said. “They are special for me.”

“The courses are always challenging, there’s always a great field, it tests your game completely and I like that,” she said. “And like when I went to Alabama and played Bermuda grass greens, I like playing different conditions in different parts of the country. It’s the challenge of it I think.”

There was something different with this trip, too. Her husband Daryl, who retired last year, was able to go along and serve as caddie.

“That was really special,” she said. “I would hire him again if he wants to do it. I told him no firing and no quitting. It was fun to have him be a part of it.”

Golf is the Massa family game and mom is the star. She’s been the GAM Senior Women’s Player of the Year the last six years and was named the GAM Women’s Senior Player of the Decade in 2020. In early October she will be inducted into the Michigan Golf Hall of Fame.

She learned the game from her father Al Cross, a PGA golf professional who turned 90 in July and still plays nine-hole rounds of golf a couple of times each week.

His star pupil, which also happened to be his daughter, won the 1983 Oregon Women’s Amateur and played for the Arizona State University golf team for four years and turned professional briefly before getting her amateur standing reinstated.

Massa met her husband along the way, brought her golf game to Michigan and they raised three daughters who play golf, too.

In Michigan her game has blossomed, first in mid-amateur tournaments and later in senior competitions. She said the most satisfying national event was teaming up with her daughter Mariah and qualifying for the 2016 U.S. Women’s Amateur Four-Ball.

Golf has been a central activity throughout her life.

“Just growing up playing golf I liked to play well,” she said. “When I was a teenager I played with my brother and his friends, with other girls and guys, and we would have matches. It makes it fun when you play well and others around you play well. That’s where I learned to like competition.”

Massa is humble and deflects praise even as she continues to be the top senior female golfer in Michigan. She considers golf a privilege.

“Dad taught us to play, but he also taught us golf is a game,” he said. “I feel lucky to get to play this game, fortunate to be able to go places and play. I get disappointed, and it feels great to win, but I really enjoy just getting to play.”

She recovered quickly from her recent first-round match loss and said she learned from it.

“I’m always learning,” she said. “I played well in Alabama, hit a lot of good shots but I also learned more about some of the things I didn’t do well.”

Her frequent national tournament appearances have also helped her cultivate a group of national friends. She noted she grew up playing in Oregon with the family of three-time winner and this year’s champion Lara (Mack) Tennett, and former champion Terry Frohnmayer is a former student of her father.

“Terry was working with dad when she won in 2011,” she said. “I played two practice rounds with her this year. It’s great to see the people I’ve competed with over the years, just like when I play in Michigan. You compete, but you become friends, too.” 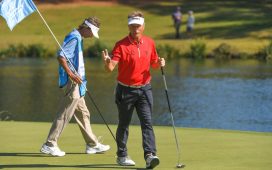 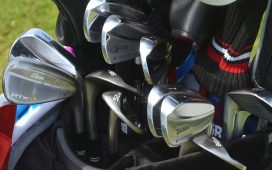 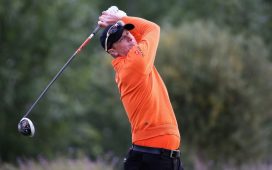 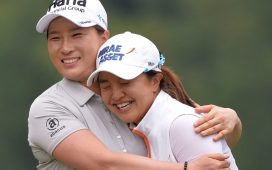 South Korean players have won 200 LPGA titles. Which five have been the most dominant? 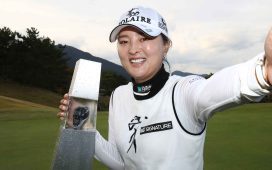 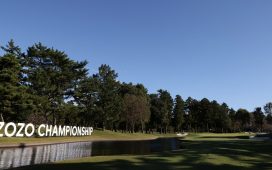 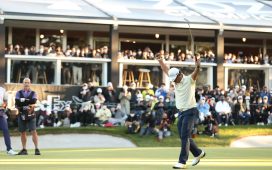 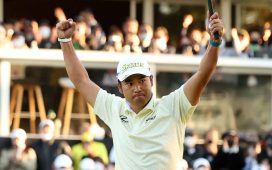 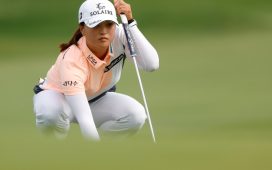 Jin Young Ko projected to overtake Nelly Korda at No. 1 after claiming fourth title of 2021