The Mill has often wondered whether “Gareth Bale’s perpetual Real Madrid limbo” would make a good band name, or Fall album title, or the sort of racehorse Alan Partridge might have called home in The Day Today. Whatever, said “limbo” continues to offer rich pickings for the gossip-mongers, with Manchester United once again touted as candidates to bring the Wales forward back to the Premier League.

With their pursuit of Jadon Sancho careering up ever more cul-de-sacs, United are considering offering Bale a one-year loan deal with an option to extend, according to the Sun. It adds that Madrid could demand an £18.5m transfer fee rather than a loan, while the Daily Mail reckons Bale isn’t so keen and the Old Trafford club would be unlikely to supplant Wales and golf in his personal pecking order.

Liverpool are understood to still be preparing a late raid for Bayern Munich’s Thiago Alcântara. The Premier League champions have been front-runners for the 29-year-old’s signature for a while, but will wait till the last knockings of the current transfer window to launch their bid, TalkSport tells us. Having seen his side ship three goals in slightly scattergun fashion at the weekend, Jürgen Klopp is also interested in the Sampdoria centre-back Omar Colley. The 27-year-old Gambia international, valued at €5m, has played 52 times for the Serie A side since signing from Genk in 2018.

Over in east London, West Ham are stepping up their interest in Burnley’s James Tarkowski as the London Stadium powers that be seek to calm an already mutinous mood. The Clarets have already rejected one offer for the centre-half but the Evening Standard insists West Ham are undeterred, though they will have to offer a minimum of £30m. In brighter gossip for the Hammers faithful, Declan Rice is apparently not going to Chelsea to join his mate Mason Mount.

Talking of London-based hotbeds of discontent, Tottenham are reportedly prepared to offer Napoli’s Arkadiusz Milik £90,000 a week and a £5m signing-on fee in a bid to crank their creaking attack into life. But they may have to shell out £30m to the Serie A club if they are to sign him in this window rather than the next one, according to Football Insider. And it still might not be enough, what with Roma front-runners to net the Pole. Spurs are also interested in Eintracht Frankfurt’s Dutch striker Bas Dost if/when the Milik deal doesn’t come off.

Udinese midfielder Rodrigo De Paul has teased the Leeds fanbase by indicating on Twitter that he was definitely on his way to Elland Road before deleting it. Leeds remain firm favourites to sign the Argentina international nonetheless.

And Celtic aren’t taking no for an answer from Charlton in their pursuit of the 20-year-old midfielder Alfie Doughty. The Scottish champions have had two bids rebuffed by the stricken League One club and are now thought to be preparing an improvement on the £650,000 offer they had turned down last time. 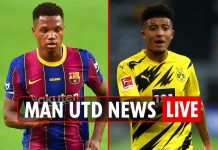 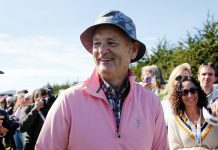 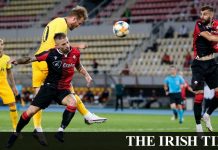 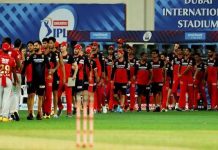 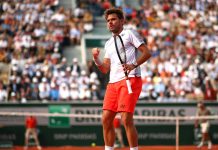 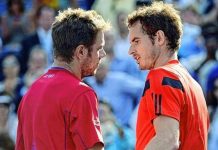 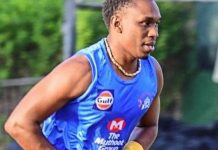 IPL 2020 | We are still finding our feet, says Fleming