Fly So Pretty, a homebred daughter of Sky Mesa, entered the six-furlong outer turf sprint for juvenile fillies from an off-the-board effort as the mutuel favorite in the Kentucky Downs Juvenile Fillies on August 31.

Sent to post at odds of 10-1 in the Stewart Manor under Joel Rosario, Fly So Pretty was last of nine as Bayerly Seen blasted off the gate from the outside post but was challenged by Masque d’Oiseau from the inside stall, who marked the opening quarter-mile in 21.30 seconds on the turf course rated firm.

Lucrezia, with Hall of Famer John Velazquez up, was prominent with Karak, patiently handled by Irad Ortiz, Jr., watched from fourth as Masque d’Oiseau led the field into the turn. Lucrezia assumed a precarious lead at the top of the lane with the half-mile reached in 44.78, but a cavalry of challenges led by Karak, the outside rally of mutuel favorite Miss J McKay and wider-charging Fly So Pretty loomed large.

Fly So Pretty, full of run down the lane, quickly soared beyond her rivals, racing outside of Miss J McKay to secure a half-length win in 1:09.16. Miss J McKay completed the exacta, 2 ¼-lengths in front of Karak.

On Saturday, the Casse barn swept the day’s turf action with scores by Curlin‘s Honor in the $150,000 Artie Schiller and Jack and Noah in the $100,000 Atlantic Beach.

“It’s been a great weekend for the barn,” said Casse assistant Jamie Begg. “We didn’t finish off Belmont that great, so it’s good to come into here the right way and have some success.”

Rosario won three stakes over the weekend including the Artie Schiller as well as the Pumpkin Pie aboard Saguaro Row. The veteran rider said Fly So Pretty showed great determination to secure the win

“She put in a very big run at the end,” said Rosario. “I was a little bit further back than I wanted, but it looked like they were going quicker up front. I was able save ground and when we came out, she was moving.”

Rounding out the order of finish were Enola Gay, Lucrezia, A Freud of Mama, Violent Point, Bayerly Seen and Masque d’Oiseau. Time Limit, Classy Sadie and main-track only entrant Spanish Point were scratched. 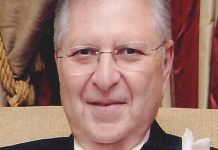 Can Animals Be Used As Earthquake Prediction Systems? 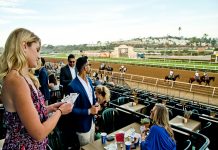 Tips and Trends to Help You Win at Del Mar

Consignor Arrested, Charged With Narcotic Possession With Intent To Distribute