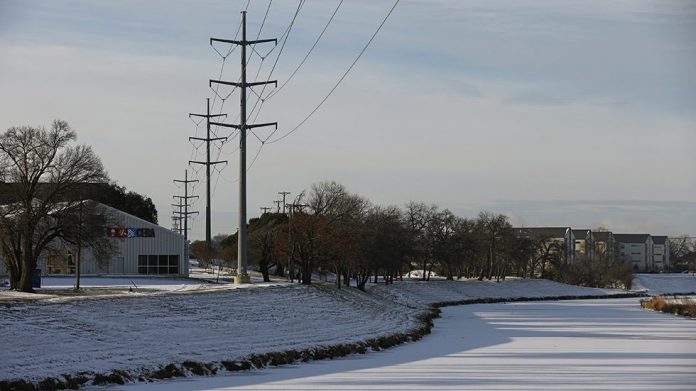 Texas’s electric grid has been thrust into the national spotlight amid a deadly winter storm that left 2.7 million households without power as of Wednesday morning.

The grid that typically brings electricity to homes and businesses buckled under the frigid temperatures, leading to unexpected rolling blackouts.

Amid the chaos, here are five important things to know about the state’s power network.

The first two grids provide power to large swaths of the country, while the Texas grid provides power exclusively to the Lone Star State. That also means Texas receives very little of its power beyond state lines.

“There’s only a few gigawatts of what we call direct current ties with the other parts of the grid,” said Carey King, assistant director of the University of Texas at Austin’s Energy Institute.

Wade Schauer, research director for Americas power and renewables at Wood Mackenzie, an energy research and consultancy firm, told The Hill that in grids elsewhere in the country, “there’s been some pretty large transfers of power” during the current crisis.

“There is no real ability to import very much power into the ERCOT grid,” Schauer said, referring to the Electric Reliability Council of Texas, the nonprofit corporation that manages the grid’s power flow.

Just a few portions of Texas lie outside the ERCOT system.

Local news outlets have reported that the city of El Paso, where power is supplied by the Western Interconnect, has largely been spared from the outages facing other parts of the state.

“If those residents essentially experienced the same weather for the most part and they did not have as much of a power outage, that would be good information to know for understanding the potential vulnerability of the ERCOT grid,” King said.

Because the Texas grid does business only within the state, it’s not subject to oversight from the Federal Energy Regulatory Commission (FERC), a government body that regulates interstate transmission.

That makes Texas an outlier when it comes to FERC’s rules.

He said Texans “would be without electricity for longer than three days to keep the federal government out of their business,” though the blog post where he made the remark said the comment was made “partly rhetorically.”

Schauer, of Wood Mackenzie, noted that markets in other states have mechanisms in place to help ensure that companies generating electricity are able to meet demand during peak times such extreme weather events.

“Other markets have performance penalties and things that require generators to be available for a certain amount of time on peak winter days, and that’s not really a feature of the ERCOT market,” he said.

The grid is largely ill-equipped to handle low temperatures

Many Texas facilities aren’t equipped with the same type of insulation that might be found in states further north.

Wind turbines aren’t winterized like those in the northern U.S., while machinery for other energy sources isn’t as well insulated, making water intake a problem in frigid temperatures.

Making those upgrades could come at a substantial cost.

“It’s a question of how much you invest to protect the grid from something that would be very unlikely. And this type of cold snap in Texas would be very unlikely, but here we are,” said Thomas Overbye, a professor of electrical and computer engineering at Texas A&M University in College Station.

Varun Rai, director of the University of Texas at Austin’s Energy Institute, said more needs to be done in order to ensure the state is prepared for these kinds of storms. Equipment needs to be kept warm, regular maintenance is needed to guard against falling trees and homes need to be properly insulated, he said.

“This type of event is actually a routine event every year in those parts of the country,” Rai said, referring to the Northeast and Midwest. “It’s totally possible to maintain operation of a grid at a very large scale.”

Natural gas is the largest energy source in Texas, accounting for 40 percent of the state’s energy.

But in a region ill-prepared for single-digit temperatures, that power supply got stuck in an unfortunate cycle.

Natural gas producers need electricity to run their compressors, but electric systems were strained by cold weather and a lack of natural gas.

“You have the two systems that need each other to operate and both of them are experiencing a surge in demand and a loss in supply at same time,” he said. “This is really a story of how fragile systems can be when they are so dependent on natural gas in an extreme weather event.”

Other fuel sources have also struggled in the cold weather, with some wind turbines coated in ice due to a lack of protections common in other parts of the country.

Wind production fell 1 gigawatt below the 6 gigawatts officials predicted would be needed to cover winter demand, whereas electricity from coal, natural gas and nuclear fell 30 gigawatts below the more than 60 gigawatts they were expected to deliver.

Some critics, particularly Republicans, have sought to blame renewable energy for the power outages.

“Our wind and our solar got shut down,” Texas Gov. Greg Abbott (R) said on Fox News. “That thrust Texas into a situation where it was lacking power on a statewide basis. … It just shows that fossil fuel is necessary.”

His remarks sparked backlash given the significance of the contribution of other fuel sources to Texas’s predicament.

“I go offline a few days and return to a GOP Gov blaming policies he hasn’t even implemented for his own failures,” tweeted Rep. Alexandria Ocasio-Cortez

This is not the first time Texas has dealt with rolling blackouts.

The 1989 blackouts came amid a cold snap in December, while the 2011 blackouts took place during the first week of February when wind and unseasonably cold temperatures hit Texas and neighboring New Mexico.

In total, approximately 1.3 million electric customers were out of service at the peak of the 2011 event on Feb. 2, and a total of 4.4 million were affected from Feb. 2 to Feb. 4.

In a report following the 2011 blackouts, FERC and the North American Electric Reliability Corporation recommended steps including increasing winterization measures.

The report said electricity generating companies operating within the ERCOT system “failed to adequately prepare for winter,” citing inadequate insulation and a failure to train operators and maintenance personnel on winter preparations.

Rai said it is not clear exactly how many recommendations from that report were adopted but that this week’s results indicate more needs to be done.

“If those recommendations were implemented and taken seriously at full scale and with strict enforcement … you’d still see some outages,” he said.

“But it is about how massive and deep the failure has been. If those recommendations were taken seriously and more proactive work was done … we would not have gone out of 34 gigawatts of power a couple days ago,” he added. “When you look at the outcome, there was a lot that appears to have been left on the table.”