The Bills entered the NFL Draft with one of the strongest rosters in the NFL and looked to put themselves over the top with a handful of rookies to fill needs and shore up depth.

In total, the Bills had eight selections, led by cornerback Kaiir Elam in the first round and Georgia running back James Cook in the second.

What stood out from the Bills’ haul, and what do they need to address before training camp arrives? Here is a look at the ins and outs of the Bills’ draft class.

Although the Elam pick filled an immediate need, it’s hard not to envision Cook making an immediate impact. The Bills didn’t add a big-impact offensive skill player this offseason, but Cook changes that. As the 2021 season went along, two things became clear at running back. First, the Bills couldn’t rely on anyone but Devin Singletary down the stretch. The Bills were at their best when Singletary was getting near 100 percent of the snaps and in turn, keeping Zack Moss and Matt Breida off the field. Singletary was really good down the stretch, but he has his limitations. While he can help move the chains as a pass catcher out of the backfield, he likely isn’t going to break a big play as a home-run threat. That’s where Cook comes in.

Cook’s best attribute is as a pass-catching back, given his route precision and excellent hands combined with his speed. Cook will likely jolt a dormant screen game that has struggled for years since Sean McDermott became the head coach. Cook immediately improves the second running back position, and the Bills can find out if he has true three-down potential down the road. He also can line up out wide, which makes it possible for Cook and Singletary to play simultaneously. The Bills have to be quite excited to scheme Cook into a Josh Allen-led passing attack. Singletary is a free agent at the end of the season, so Cook has an excellent chance to prove he can be the full-time starter in 2023 and beyond.

Biggest surprise: Landing Khalil Shakir in the fifth round

The Bills could not have done any better with their fifth-round selection. They moved up 20 spots to 148 to land Shakir, an outstanding route runner with the potential to become the team’s starting slot receiver in 2023 and beyond. Shakir has the talent to have been picked on Day 2 but was one of the Saturday sliders who somehow dropped into the fifth round.

The Bills have their top four receivers in place for 2022 with Stefon Diggs, Gabriel Davis, Jamison Crowder and Isaiah McKenzie, but Crowder, the team’s top slot receiver, is only on a one-year deal. Shakir can develop in the background, then challenge for that starting slot receiver position in 2023, with three years remaining on his rookie deal. With four sixth-round picks coming into Day 3, the Bills smartly pounced on Shakir as a long-term option by sending one of them to the Bears. He has every opportunity to outplay his draft position significantly.

The depth behind interior starters Mitch Morse, Rodger Saffold and Ryan Bates is one of the most significant weaknesses of their roster, so it was a surprise that the Bills didn’t select an interior lineman in this draft. On top of the immediate need, Saffold is entering his age-34 season and is a free agent after the 2022 season, and the Bills have no internal replacement for 2023 on their roster.

As it stands, Cody Ford is the top reserve, but he has primarily struggled when the Bills have asked him to start over the last two seasons. General manager Brandon Beane said they still believe in Ford, the team’s second-round pick in 2019, despite benching him early last season. Outside of Ford, all the Bills have is two low-cost one-year deals with Greg Mancz and Ike Boettger, and Boettger may not even be able to play this year after tearing his Achilles late last season. The Bills may really struggle if one of their starters, Morse, Saffold or Bates, misses any time because of injury.

Even though the Bills used their top choice on Elam, they could use another boundary cornerback for depth. It doesn’t have to be an expensive signing, just someone to challenge Elam and Dane Jackson for an early-season starting role. It will also help if that player can play special teams. The Bills did use a sixth-round pick on Christian Benford, but he’s far from a roster lock.

The Bills will likely monitor who gets released across the league to help on the interior offensive line, one of the most significant weaknesses remaining on the roster. Another tight end to push Tommy Sweeney for a roster spot might also be a consideration.

While other teams around the AFC improved their long-term trajectories with strong draft classes, the Bills strengthened their 2022 roster with a critical piece on offense and defense. Elam and Cook have the chance to help the Bills immediately, strengthening two areas that weren’t the best in 2021.

The Bills have one of the most complete rosters in the league and have dramatically improved their team from what they were the past two seasons. Although they’ve fallen short over the last two postseasons in dramatic fashion, the Bills have to feel good heading into offseason workouts. The Bills have every opportunity to challenge for a Super Bowl championship in 2022. 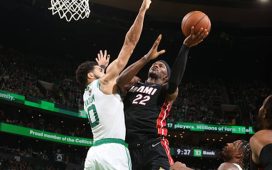 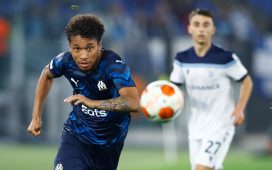 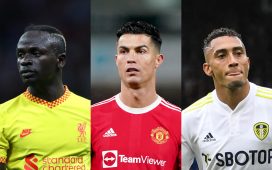 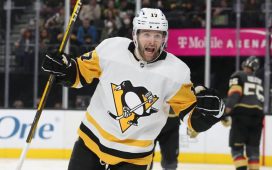