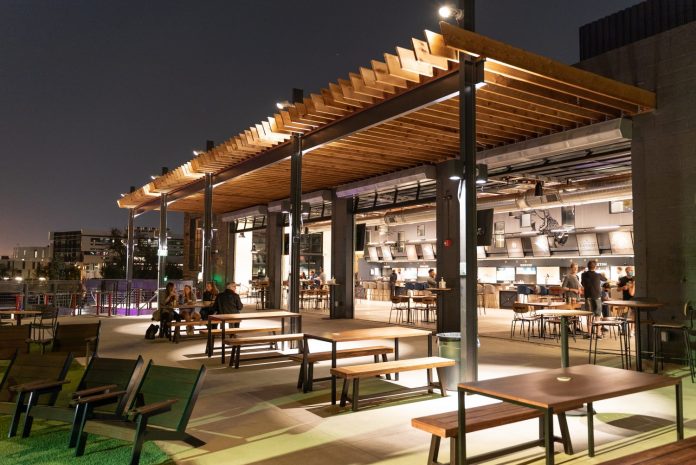 A private sitting area at Number 38. The new concert, beer and food hall has indoor-outdoor seating for up to 175 customers during the pandemic. (Provided by Number 38)

While restaurateurs around Denver are figuring out how to enclose their patios, twentysomethings Spencer Fronk and Andrew Palmquist are busy opening theirs up.

At Number 38, which debuted over the weekend at the far reaches of the River North Art District, Fronk and Palmquist can welcome as many as 175 diners, drinkers and music fans at a time to their 30,000-square-foot, indoor-outdoor venue.

It comprises an outside stage, attached to a restaurant, with four rotating food menus, and a beer hall with mini “taprooms” from as many as 24 Colorado breweries at a time.

Fronk says that when he was growing up and later going out in Denver, he noticed a “hole in the marketplace” where there should be venues that combine good live music with good local food and drinks.

“What we’re doing is solving that problem,” Fronk said, adding, “We’re 28 years old, and we’re building this for our demographic.”

And, luckily, from the time when the friends and their investors first started planning this buildout of an old neon sign factory three years ago, its business model seemed to already have COVID-19 precautions built in.

For starters, customers at Number 38 don’t pay an entry fee, but they do reserve seats and tables ahead of time online.

They’ll get wristbands at the door that allow for touchless payment of food at the counter and drinks at the bar (a credit card is registered, and an automatic 17.5% tip is added in at the end, so you don’t have to close out).

But mostly, Number 38 is made for the Colorado outdoors. Its 18,000-square-foot patio extends from garage doors that will stay open year-round. There’s seating at picnic tables, on Adirondack chairs, and at bar rails that all face the central stage.

“Any time you’re here, there’s going to be some music or show happening,” Fronk said.

He envisions musicians, comedians, drag queens and other performers always on stage; volleyballs floating up in the air (because, yes, there are two regulation sand courts that will be rented by local leagues); friends sitting around with their tacos and bao buns; and snow falling on the ground.

“Part of being a Coloradan is just putting on a parka and getting outside,” Fronk said.

But if live music, snow flurries and local beers aren’t your bag, there are other new dining destinations to find. Here are four more with equally creative options around town.

Inside Junction Food & Drink, a new food hall with a dozen food and drink vendors at South Colorado Boulevard and I-25. (Josie Sexton, The Denver Post)

Junction is a real treat for South Denver diners. At full operation, it will pack in 12 stalls, including a bar and a coffee shop. But for now, you’ll find eight of those options up and running inside an open hall at the mixed-use Colorado Center.

If it’s late enough in the day, you should start your meal at the main bar with a house cocktail — most are priced under $10 but then are half-off during happy hour — like the Bolo Thai with gin, Aperol, lemon and orgeat. Then, take your pick from tacos, ramen, sushi, sandwiches, shawarma, pizza and gelato, served by a mix of Denver-based and national operators.

A chicken tikka masala dosa at Nest Cafe and Bar inside Nurture, “a Wellcare Marketplace” in Highland. The new business combines health and wellness practices with breakfast, lunch, coffee and even happy hour. (Josie Sexton, The Denver Post)

If you’re looking for a new all-day option, or maybe a remote work destination, coffee and pastry shop, even an after-work drink spot, Nest has it all. This airy and trendy cafe serves as a central hub for Nurture, the Highland neighborhood’s new “wellcare marketplace.” And if you don’t know what a wellcare marketplace is, well don’t worry, the food and drink here stand on their own.

In case you want to know, though, Nurture houses a number of wellness-focused businesses — from counseling to beauty services. And its cafe serves healthful food and beverages that largely follow suit. There are menu items such as reishi mushroom coffee cakes, elixirs and broths and kale crisps. Then there are the “detox” cocktails, a few flavor-packed dosas and a “breakfast banana split.”

The variety is worth seeing for yourself. It all somehow works.

The front patio, complete with outdoor fireplace, at the new Pho and Bar on 17th. (Beth Rankin, The Denver Post)

A new Uptown pho spot looks trendy but comes with a serious pho pedigree. In the former Jack’s Uptown Grille space, Pho & Bar (from the owners of Pho Haus on East Alameda) is serving up fare like banh mis, $7 salt and pepper wings, cocktails and sake and, of course, its eponymous Vietnamese soup.

The $10 banh mis here are solid, but the pho is really where it’s at. You’ve got three broth options: traditional, house (a spicy riff on traditional) and vegan (all $10.50), along with protein options such as tofu, rare filet, brisket and grilled shrimp. If the epic Jon Pucci mural in the dining room had you concerned this place is all flash and no substance, that pho broth will forever change your mind. The fragrant traditional option tastes like a magical elixir filled with notes of star anise and clove; if you’re smart, you’ll drink your leftover broth like healing tonic, because it just might be.

There’s a small drink menu with options such as a fun lemongrass and Thai basil-filled riff on a mojito ($10.50), along with sake and beer options. It’s a small space, but tables are spaced out and there are two small patios, one with a cozy outdoor fireplace. The affable bartender humored me by making my new favorite off-menu cocktail: coconut water spiked with rum, lemongrass and fresh Thai basil. — Beth Rankin

The new Temaki Den is located in The Source Market Hall and features sushi bar seating with plexiglass between the chefs and diners. (Josie Sexton, The Denver Post)

Now here’s the kind of sushi bar Denver didn’t know it absolutely needed. Named after its signature sushi style, Temaki Den specializes in hand rolls made with just fish (or vegetables) and rice, all wrapped inside crispy nori (seaweed) for a casual sushi-snack that works for lunch, dinner, late night or happy hour.

Chefs Toshi Kizaki (Sushi Den, Izakaya Den) and Kenta Kamo (OTOTO Den) and their team have mastered this fish-rice-seaweed combination at their mini sushi empire on Denver’s South Pearl Street. Now, they’re wrapping around a dozen different kinds of hand rolls daily, and serving them for $4-$6 a pop, alongside a very pared-down list of uramaki, or rice-wrapped sushi, nigiri, sashimi, starters and dessert.

The whole menu is actually small enough to eat over the course of a few sittings, but you’ll likely want to go back again and again for this rare kind of no-frills sushi dining. Don’t forget to pair the fish with a sake or whisky as well.

Subscribe to our food newsletter, Stuffed, to get Denver food and drink news sent straight to your inbox. 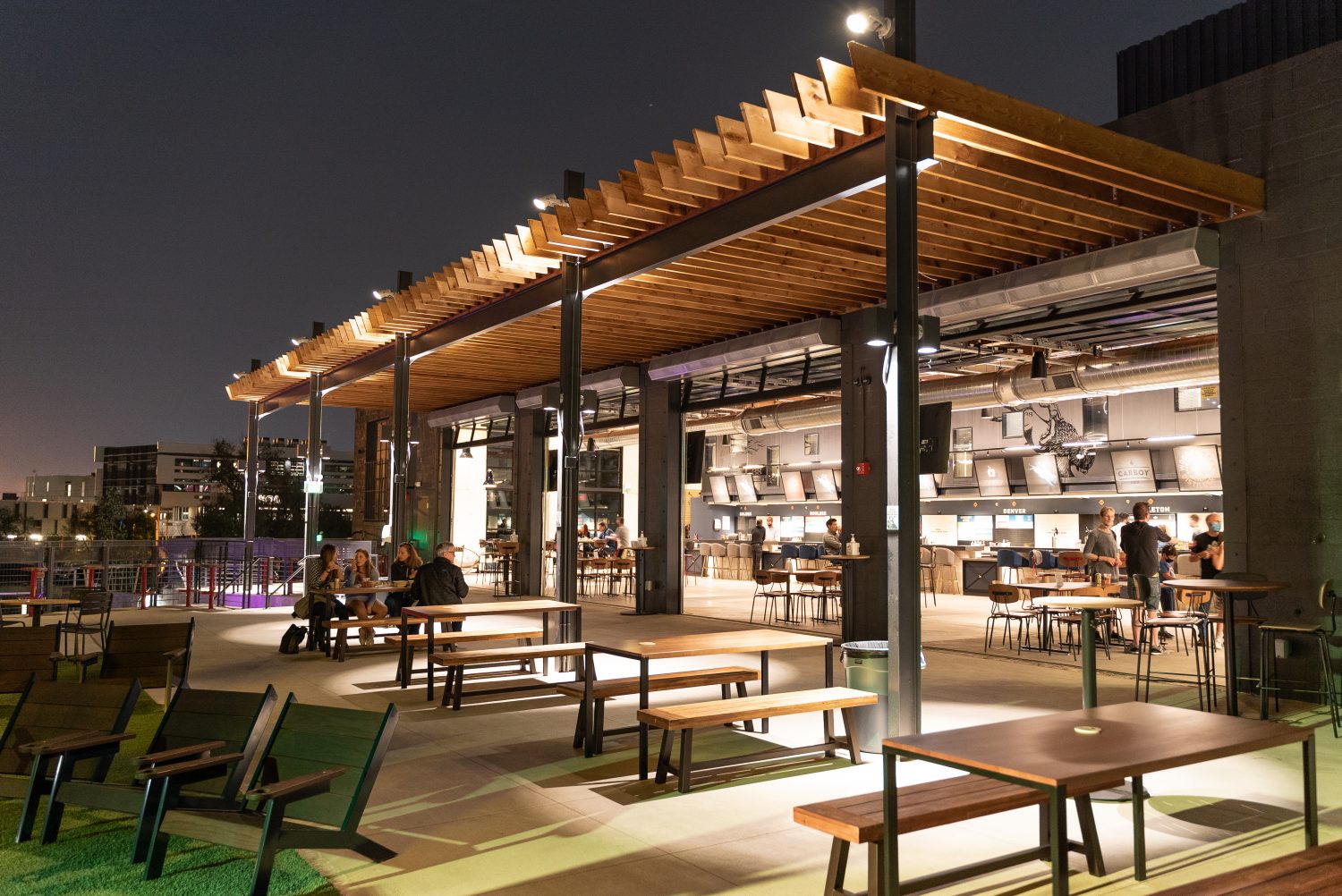 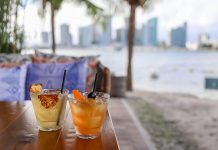 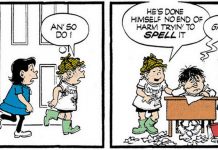 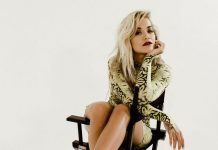 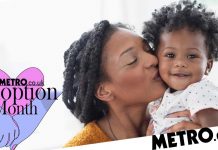 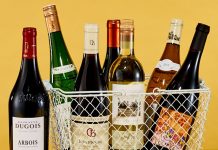 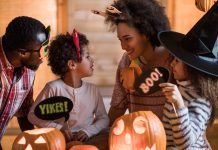 10 ideas for how to celebrate Halloween in lockdown 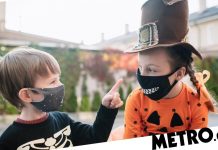 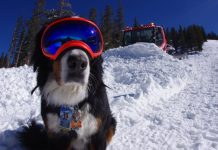 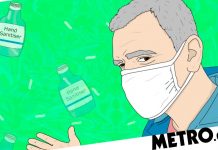 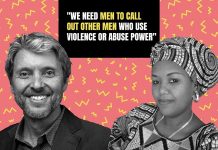