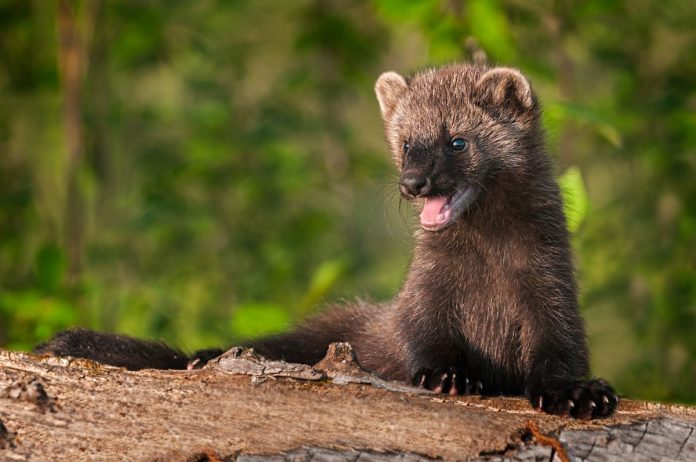 If the fisher cat isn’t the most inaccurately named animal in North America, it’s certainly up there. This weasel relative is not a cat, and it doesn’t care much for fishing. But that doesn’t mean it’s not an interesting creature in its own right.

Also called fishers (Pekania pennanti), these small mammals live in forests in Canada and across the United States. They are roughly cat-size and have long, thin bodies, covered in a fur coat that was so highly valued in the fur trade a century ago that fishers were hunted to extinction in some parts of their home range, according to the Pittsburgh Post-Gazette. But because fur has somewhat fallen out of style, and thanks to successful reintroduction, habitat restoration and conservation efforts, fishers are making a comeback in many places, the Post-Gazette reported.

Related: The most endangered species on the planet

Fishers are still trapped for their fur, and legal harvest, monitored by wildlife biologists, is one of the ways researchers know that fisher populations are growing in most parts of their historic habitat. Another reason researchers know fishers are on the rebound is because people are seeing the creatures more frequently, as the fearless animals explore their range. A fisher was even spotted in the Bronx, New York in 2014.

The animal’s name is usually the first thing people ask about, said Michael Joyce, a wildlife ecologist at the Natural Resources Research Institute of the University of Minnesota Duluth. “Fisher” is likely a corruption of the French word “fiche,” (originally a Dutch word) which refers to the European polecat (Mustela putorius), a small species of weasel found in Europe and Morocco. It’s possible that early European settlers misidentified the fishers of North America as polecats.

What do fisher cats eat?

Although “fisher cat” is a bit of a misnomer, it’s not because the animals won’t eat fish, Joyce said, but because they eat a lot of things and fish isn’t usually at the top of the list. In New England, for example, biologists have found that fisher cats seem to enjoy dining on gray squirrels (Sciurus carolinensis) most often, Northern Woodlands magazine reported. The animals also eat fruit, reptiles and amphibians, birds and bird eggs, other small mammals, and even each other, according to a 2017 study published in the journal BioOne Complete.

The study’s authors examined the stomach contents of 91 fishers, whose carcasses they had found in Pennsylvania. Of these fishers, 12 had bits of other fishers in their digestive tracts. The team speculated that the Pennsylvania population of fishers had grown so large so quickly that the animals were competing with each other for food and had grown aggressive toward one another.

But the fisher’s true dietary claim-to-fame is that it’s one of the few animals that regularly attack and eat porcupines. Fishers “run circles around [porcupines] to try to exhaust them,” Joyce said. As the porcupine tires out, the fisher will snap at the quilled animal’s face. Enough bites to the face, and the porcupine will eventually bleed out and die. Once the prey has died, the fisher will grasp the porcupine’s face in its jaws and twist the prickly creature upside down to expose the belly, so the fisher can safely eat without getting quilled. However, fishers are sloppy eaters and will occasionally swallow a quill or two, Joyce said. But the quills don’t seem to bother the fishers much.

Fishers also don’t seem to care if they get a quill to the face. While fishers don’t have superpowers making them immune from quilling, they seem to be able to fend off infections from quill injuries that would kill other animals, Montana Public Radio reported. In an unpublished study of 100 fisher skulls collected by hunters, Joyce found that about one in 10 skulls had quills embedded in them, suggesting the tough little creatures had survived at least one unfortunate quilling.

In addition to fearlessly hunting porcupines, fishers can also take down lynx — predatory cats that are about twice the size of an average fisher. Researchers tracking lynx with radio collars occasionally found their subjects dead in a snowdrift, with little fisher-size bite marks along their necks and heads, National Geographic reported.

“A fisher really doesn’t have any boundaries in the size of the animal it’s willing to attack,” Scott McLellan, a wildlife biologist with the Maine Department of Inland Fisheries and Wildlife, told National Geographic.

The fisher cat’s reputation as an aggressive hunter has led to unfair and unfounded rumors that fisher cats attack and eat pets and even small children.

“I’m not aware of any, and I don’t think there are any cases of fishers attacking humans,” Joyce said, adding that while a fisher cat probably wouldn’t think twice about eating a house cat if the opportunity presented itself, studies of fisher diets in human-dominated landscapes suggest your cat is probably safe. (Cats have more to fear from coyotes, owls and cars.) The rumors are likely fueled by the fact that the fisher’s range is expanding, so people who have never seen the elusive animals before are now seeing fishers in their yards (and in some cases, trash cans).

Another unusual characteristic of fisher cats is their piercing screams. Internet forums say a fisher’s blood curdling screams, let out in the dead of night, signal that the creature is about to attack. But those noises are probably misidentified foxes, Roland Kays, curator of mammals at the New York State Museum, wrote in the New York Times. Foxes are generally very vocal, and therefore easy to record, while fishers are typically silent in order to better hunt their prey.

“They do make vocalizations,” Kays wrote, but not the eerie screeches attributed to them. Instead, the fisher’s vocalizations sound more like an “agitated chuckle,” Joyce said, similar to the sound a pet ferret makes, he added.

While fishers have been reintroduced into much of their original range, there are still many areas where fisher populations have never recovered. In Minnesota, the fisher population has declined by an estimated 50% over the past 20 years, Joyce said. He believes that a lack of old trees is largely to blame: The fisher prefers to give birth and raise its young inside cavities in trees, but it takes decades for a tree to get big enough to have a cavity that will fit a fisher. “One of our concerns is that large trees with cavities” aren’t abundant in areas where fishers live, he said.

In an effort to provide more housing options for fishers, Joyce and his colleagues installed 100 den boxes in sites throughout northern Minnesota in the fall of 2019, and a year later, fishers had discovered and started to use 17 of them. If fishers start to use the den boxes more heavily, wildlife managers won’t have to wait decades for large trees to grow before trying to help fisher populations, Joyce said.

Another emerging threat to fisher populations is rat poison. A 2012 study published in the journal PLOS One found that four in five dead fishers picked up in California had rat poison in their bodies. The authors suspected that the rat poison was likely put out by illegal marijuana growers whose farms are hidden in public lands. (Even though the study was published prior to California’s legalization of recreational cannabis use in 2016, there are still large illegal grow sites in the state.)

Because fishers need healthy old-growth trees to survive, a healthy fisher population is an indicator that the forest is doing well as a whole. “And they’re one of our iconic species of the Northwoods,” Joyce added. “The chance you might see one on a hike is an added benefit.” 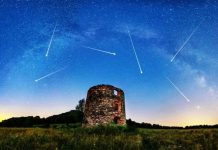 Meteor shower 2020: When are the Geminids? 'One of the best and most reliable showers' 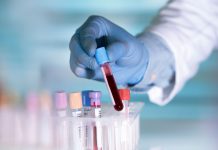 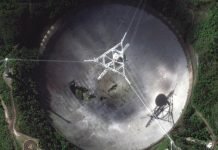 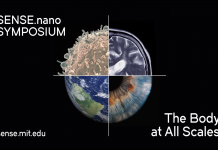 Sensing the body at all scales – MIT News 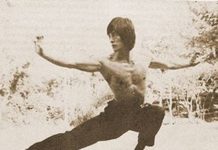 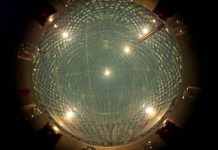 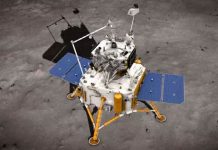 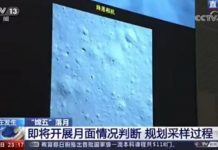 China Moon landing: Chang'e 5 touches down on the Moon to collect rock for Earth return 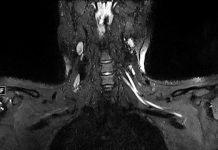