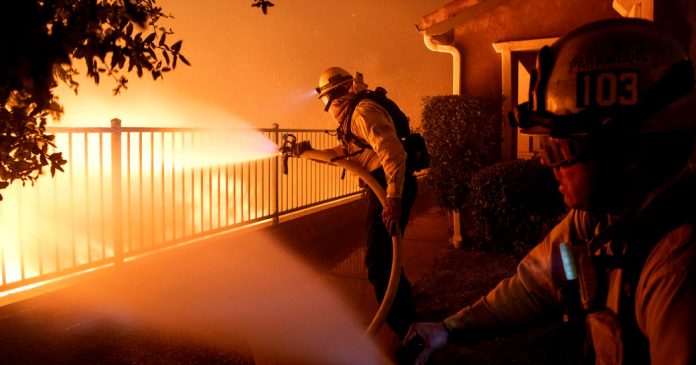 In Northern California, power was cut to more than a million people this week. Near Houston, houses that flooded only two years ago just succumbed again. The South endured record-shattering fall heat waves. In Miami, salt water bubbled through street drains yet again as the rising ocean mounted a fresh assault.

All of it was predicted, in general outline, decades ago. We did not listen. Ideologues and paid shills cajoled us to ignore the warnings. Politicians cashed their checks from the fossil fuel lobbyists and slithered away.

Today, we act surprised as the climate emergency descends upon us in all its ferocity.

The scientists knew long ago, and told us, that the sea would invade the coasts. They knew a hotter atmosphere would send heavier rains to inundate our cities and farms. They knew the landscape of California, which always becomes desiccated in the late summer and early fall, would dry out more in a hotter climate.

But even the scientists did not quite foresee the way that bone-dry vegetation would turn into a firebomb waiting for a spark. California is the state that has done the most to battle the climate crisis, but that has not saved it from recent fires so ferocious they burned people alive.

In high winds, ill-maintained power lines strung across aging poles are often the source of the spark. The largest utility in the state, Pacific Gas & Electric, has already been propelled into bankruptcy by fire liabilities it calculates at $30 billion. Now PG&E, far behind in basic tasks meant to make its system safer, is pre-emptively shutting down power lines on windy days to try to prevent more death and destruction.

If there is any fix for the fire situation, it will not be cheap or easy. True, the people who were running the power company deserve some blame — but not all of it. We now know that power rates in California, high as they may have seemed, were a false economy. The public was not paying enough to harden the electric grid against rising climate risks.

Nationwide, you can say the same about the fossil fuels we burned so heedlessly these last decades. They seemed cheap and convenient at the time. Only now are we learning the true cost.

As tempting as it is to blame the politicians and the fossil fuel executives for the fix we find ourselves in, that is too easy. At any time in these last three decades, we could have woken up. We could have heeded the warnings of scientists like James E. Hansen of NASA, who told Congress in 1988 that the planet was warming sharply and would continue to do so if we persisted in burning fossil fuels. We could have voted James Inhofe, the climate-denying senator from Oklahoma, out of office. Had we been aroused and angry, we could have wielded our democratic power to bring the fossil fuel companies to heel.

I remember sitting with Dr. Hansen in his NASA office the week he retired, in 2013, wondering along with him when the public revolt over the climate crisis would finally begin.

Now we have our answer. Under the unlikely leadership of a brave 16-year-old schoolgirl from Sweden, Greta Thunberg, we are marching in the streets now by the millions. We are making demands. We are angry, and should be, but let’s spare a moment to be angry at ourselves for waiting so long.

People keep asking: Is it too late?

Yes, in some sense it is. What the events in California and Miami and Houston tell us is that we are living through the risks of an altered climate now, not a hundred years from now. Expect the situation to keep getting worse for the rest of your life. The ocean will keep rising for centuries, probably much faster than today. We will lose our great coastal cities.

But here is the thing people must understand: The crisis is still manageable, barely. If we do not move far more aggressively, it could spiral entirely out of control. At a global scale, we have yet to turn the corner and start cutting emissions. If we let them keep rising, today’s wildfires and floods will seem like child’s play soon enough. In a world of ever-rising temperatures, mass starvation is but one of the risks.

The most urgent imperative now is to turn our fear and frustration into votes.

The climate troglodytes must be thrown out of office, starting with Donald J. Trump. We need laws with teeth to propel the clean energy transition: hard targets, bans, taxes, mandates. We cannot stand back for another presidential election in which the Republican Party lies about this issue while the Democratic Party hides from it.

Granted, “Curtail future damage!” is not an inspiring battle cry. “To the Bastille!” it is not. Yet millions of young people have begun to understand the stakes, their fears given voice by that young lady from Sweden, with her moral intelligence and her capacity to wield the truth like a rapier.

Look again at that picture of her, a lone student picketing Sweden’s Parliament with a homemade sign, and let yourself marvel at the birth of a global movement. Older people forced the youth into this situation by our dereliction, and now we must not let them carry the battle alone.

We can sit back, citizens, and watch the fires and the floods and the heat waves with a rising sense of doom. Or we can be as brave as a schoolgirl and decide that now is the time to stand up and fight. 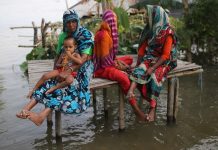 To Survive Disaster, Plan for the Worst 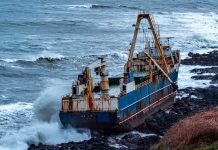 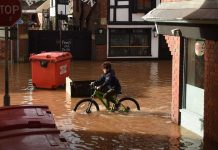 In Australia’s Most Populous State, ‘All Fires Are Contained’

Along the Great Lakes, It’s Time to Prepare for Extremes

How do storms and hurricanes get their names? 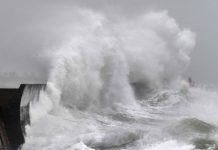 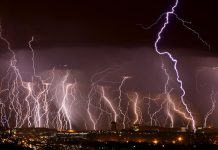 Africa, a Thunder and Lightning Hot Spot, May See Even More Storms 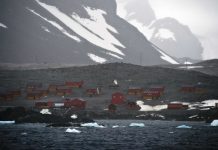