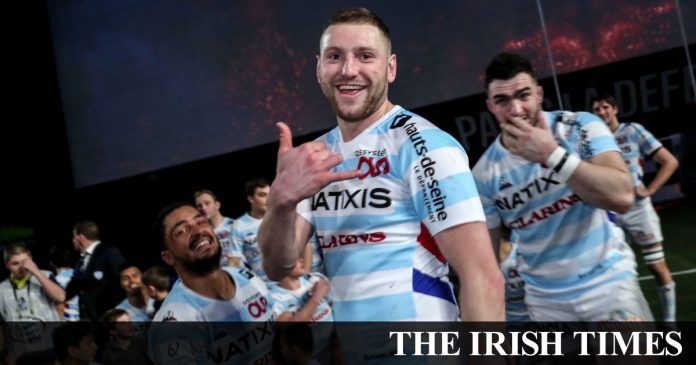 Irish interest in this Saturday’s Heineken Champions Cup final in Bristol will be tinged with what-might-have-been, and not only in Leinster, who were seemingly on course for a third successive appearance in the decider until derailed by Saracens. The final hasn’t had such an overt Munster presence since their second triumph 12 years ago.

The presence of Simon Zebo and Donnacha Ryan in Racing 92, as well as Mike Prendergast as attack coach, seems apt given Munster had to lose two finals before they won one, and ultimately two.

Prendergast, was an unused sub in 2002 final and a squad player in ’06, as was Ryan and again in ’08, when Munster won their second final. Zebo also has vast European experience, which is part of what they bring to the cosmopolitan Parisians according to their talismanic outhalf Finn Russell.

“Both Zeebs and Donnacha have a lot of experience in Europe, so when I speak to them it’s great. They’re both good guys and I get on really well with them. We can have a good laugh off the field but that translates to on the field as well.

“I think me and Zeebs’s relationship on the field has been great, and as you can see we link up quite a lot in the games we’ve played together. We’ve been reading each other’s play very well and that helps a lot.”

“I’ve a slightly different link with Donnacha. He’s such a hardy forward to have. I know if he’s there he’s going to be giving it 110 per cent and that’s the sort of guys you like to have around you in these big games and big moments.

“He’s had a lot of games at Test level, in the Champions Cup and in finals, so he’s a great guy to have and is a great leader on the pitch. Sometimes you look at him and his face might be opened up, but it’s not going to stop him. Yeah, he helps the whole team I think.”

Scottish interest in a Champions Cup final has never been so acute, given the presence of Russell’s Test team-mates Stuart Hogg, Jonny Gray, Sam Skinner and Sam Hidalgo-Clyne in Exeter’s ranks.

Out of favour with Gregor Townsend earlier in the year, Russell is back in the fold and has been having conversations with Hogg, the Scotland captain, as well as Zoom meetings with the rest of the squad, including the contingent at Exeter.

Any game with Russell and the quicksilver Hogg involved is worth watching. Russell’s genius was evident in that daring 75th-minute chip into space, admittedly pre-called, in the semi-final against Saracens for Virimi Vakatawa to gather on the full before Russell was the link for Juan Imhoff’s match-winning try.

“It’s good knowing Hoggy but at the same time he knows how I like to play and he knows what I might look for, so he might be able to counter that. Maybe I’ll have to use my left foot this weekend to try and throw him off a little bit.”

Hogg reckons they haven’t played against each other since under-14s, adding: “Back then he had a leopard-print haircut!”

“Yeah, I think we were 12 or 13,” says Russell. “I remember playing against him in Gala Sevens as well. Hoggy and Rory Sutherland were playing for Hawick and I was playing for Stirling County. It’s funny, he talks about my haircut but he keeps changing his and he’s almost gone back to those kind of blonde tips.”

Racing confirmed nine positive cases of Covid-19 within their squad and backroom staff two weeks ago, forcing them to postpone their Top 14 game away to La Rochelle before fielding an understrength side, missing a dozen of their line-up against Saracens, for last Saturday’s 30-24 defeat at home by Toulouse.

It’s unclear how many of them will return for the final, although French lock Bernard le Roux, sidelined since mid-September, is fit again.

The squad, or most of it anyway, have been operating in a bubble at a hotel in Corsica since Sunday, and will travel directly to Bristol on Friday.

“The start of this week was maybe not 100 per cent but in the current climate we can’t complain too much,” says Russell. “We’re as safe as we can be and have done as much training as we need, like a normal week, with maybe a couple of extra meetings. The weather has been nice although it’s raining today, but I think we’re in a good place going into the final.” 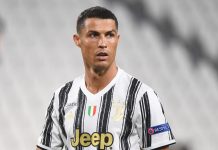 Will Cristiano Ronaldo play against Lionel Messi’s Barcelona, and when will the Juventus ace’s coronavirus test happen? 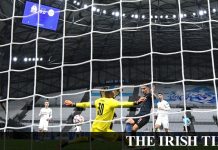 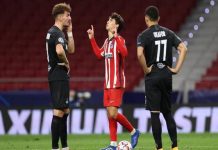 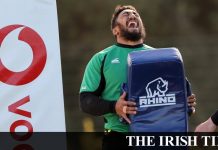 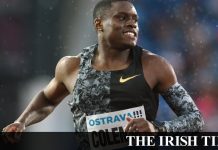 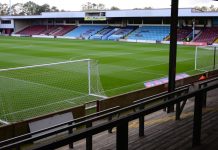 ‘Remain not out in every game’