The Apollo 11 space mission captured our imaginations in 1969. And it was achingly evocative to hear the recordings of Michael Collins, who died last week, talk about how looking at Earth from space rammed home just how precious our planet is.

Last week also marked three other milestones for space. A record $8.7bn has been raised by venture capitalists in the last year to support companies in commercial opportunities from space; France’s Eutelsat joined the UK as a shareholder in the satellite communications company OneWeb; and China launched the first part of its own space station to host three “taikonauts”. We are moving beyond the wonder of watching Collins’s colleagues, Neil Armstrong and Buzz Aldrin, walk on the moon to something transformational.

Space is at an inflection point, about to join electricity, the computer and the railway as a great general purpose technology that will transform economies and societies. To those who dare, whose capitalism and governments have the right alchemy of entrepreneurial zest and public purpose, and who possess the sheer chutzpah to see the possibilities, will fall great prizes. Britain could be among them.

Worried about the impact of nearly 10 billion people in 2050 burning fossil fuels that would lift the Earth’s temperature insupportably? Relax. Space is on hand. By then, power-station spaceships in fixed orbit with vast solar mirrors will capture the sun’s rays 24/7, turn them into microwaves and beam them to solar panels on Earth.

Sci-fi romanticism? It’s already in the realms of possibility – and is one of the aims of the Chinese space station, with China promising to deliver space electricity as soon as 2030. It also informs the thinking behind Elon Musk’s SpaceX. His reusable rockets can carry material into space to build such power stations at a fraction of current costs.

Musk is the man behind Tesla. The global car industry dismissed his vision of battery-operated cars as fanciful. Now Tesla is the coolest car range around, whose stock market value is worth more than the rest of the car industry combined. Getting material into space cheaply – satellites, spaceship power stations and factories – is one of the technologies accelerating the opening up of the territory. I’d back his vision a second time round.

Factories? The only way to manufacture flawless fibreoptic cable, print exact copies of body parts such as hearts and lungs, create ultra-light metal alloys from materials such as magnesium that can be used in our bodies, and – more fancifully – reproduce an exact simulacrum of meat is to do it where there is no gravity. Within a generation, there could be space factories manufacturing all of this and more. Back on Earth, we will be transported in satellite-guided autonomous vehicles powered by satellite-generated electricity, eating meat manufactured in space.

GPS navigation systems are already satellite-enabled, and that is only the beginning. Space imagery is getting clearer and more precise; satellite imaging identified the vast concentration camps used by China for its forced “rectification” programmes for Uyghurs. It is also possible from space to see who is illegally fishing and mining; which factories are using child labour; what infrastructure is reaching the end of its life; identify what rock formations might contain vital precious metals; anticipate droughts and floods; spot movements of troops and military hardware. Companies are proclaiming their commitment to the UN’s sustainability goals, but don’t, and can’t, fully audit more than a fraction of their global supply chains. The answer is simple: do it from space.

Communications are being transformed. Air-traffic control systems for monitoring the whereabouts and the guidance of planes and drones will become wholly reliant on satellites. Universal 5G will best be delivered by the inclusion of constellations of low Earth-orbit satellites – like those to be provided later this year by OneWeb, the space company controversially bought off the receivers last year by the British government, which holds a golden share in the company.

This was Dominic Cummings’ finest hour – even if he tried to justify it as a new freedom conferred by Brexit. So how come France can buy a stake, too – to join Japan and, it’s anticipated, Saudi Arabia? But without Cummings’ passionate conviction about Britain needing to have a space communication presence, a reluctant Department for Business, Energy and Industrial Strategy would have killed the initiative.

Next month the government is to publish its space strategy. It needs to be informed by the same daring that drove the OneWeb purchase. Britain is not China or the US, and leaving the EU has narrowed the possibilities of playing in the big league. But, nonetheless, Britain has assets. Alongside OneWeb are companies specialising in niches – manufacturing nano-satellites and antennae, and monitoring air quality. Leicester and its university is one of Europe’s leading centres for space exploration and manufacture, alongside Harwell in Oxford, and there are plans to make Fawley, Aylesbury, the north-east and Glasgow space innovation sites.

The Satellite Applications Catapult (declaration: I am a non-executive director) is doing all it can to promote space-driven commercial activity, researching possibilities and brokering alliances. It has, for example, formed a consortium aiming to promote space-generated solar power, and, with Oxford University, is creating a centre to use satellite-gathered data not only to inform a green finance initiative but to create the AI for Planet Earth Institute, a kind of incipient Jenner Institute – not for frontier vaccines, but to promote sustainability.

The public-private framework that worked so well in making Britain an international centre for vaccine manufacture in just 18 months should be applied for space as well. Britain needs to identify two or three areas in which it aims to be global number one – space-based solar power, Earth observation to mitigate climate change, and nano-satellite manufacture. Then we need to deliver on these goals with muscle and energy. We can’t pass this moment up. 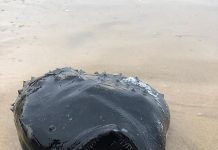 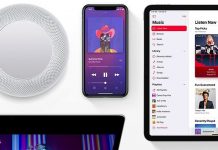 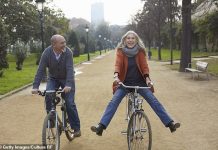 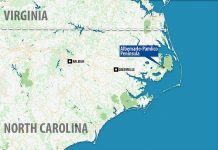 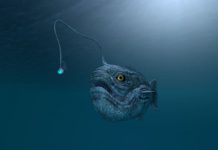 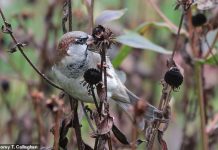 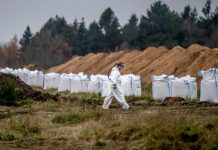