Fiats of the Caribbean

The U.S. may not see a “digital dollar” anytime soon — last week, new Fed Vice Chair Lael Brainard testified to the House Financial Services Committee that if Congress did instruct the Fed to create a digital dollar, it could take five years to implement the security features needed to roll one out.

But Americans getting impatient to see the possible future of currency need look no further than their own backyard.

In the Caribbean, central bankers are moving more swiftly. As the vast majority of central banks around the world consider or start to implement Central Bank Digital Currencies — which integrate technical upgrades, like blockchains, into existing national currency systems — the region’s central banks are winning the early adoption race.

Why the Caribbean, of all places? Smaller countries can sometimes move more nimbly than large ones, and digital currencies offer developing countries a chance to “leapfrog” rich ones by skipping over intermediate technologies to adopt cutting-edge ones.

The region’s early forays into the future of fiat currency offer the rest of the world a chance to watch and learn.

In October 2020, the Bahamas became the first country in the world to issue a CBDC, the Sand Dollar, nationwide. Under the scheme, the country’s central bank issues the sand dollars as digital tokens recorded on a blockchain, which citizens can spend via a mobile phone app or with a physical card.

So far, uptake has been minimal, according to a new report from the International Monetary Fund. It found the Sand Dollar accounts for less than a tenth of a percent of Bahamian dollars in circulation. The report recommended that the country step up its education efforts and strengthen its cybersecurity safeguards.

The Bahamanian experience has been happier than that of the Eastern Caribbean, where several island nations, including Grenada and Dominica, participate in a regional monetary union. Last March the Eastern Caribbean Central Bank rolled out its blockchain-based CBDC, DCash, for public use in several of the island nations that participate in its regional monetary union. But in January, a technical glitch related to an expired security certificate took down DCash, and it stayed down for weeks.

Next out of the gate is Jamaica, which began rolling out its CBDC, Jam-Dex (official slogan: “No cash, no problem”), earlier this year with plans to make it publicly available this summer. So far, the biggest points of controversy appear to be complaints over its potentially confusing name (In crypto-speak “Dex” refers to a decentralized currency exchange) and its logo. That might sound trivial, but at a time when millions of people around the world are eschewing their national currencies for cryptocurrencies and dollar-pegged stablecoins, branding could make or break CBDCs in some corners of the globe.

Much of EmTech’s focus has been on the Caribbean and West Africa, another early-adopting region with a large proportion of unbanked citizens. Nigeria — the world leader in crypto adoption, according to a 2020 survey that found one-third of adults used it — launched its eNaira in October, and Ghana is piloting an eCedi.

“So far, financial inclusion has been a big driver for those markets,” said Cadet, who said West African officials have been studying the Caribbean projects.

There’s one big contrast between these early pilot programs and what a digital currency’s arrival might look like in many bigger Western economies. In the Caribbean and West Africa, digital currency launches have been focused on consumers, who can use them to make payments via apps on their smartphones.

In Europe, however, Cadet says the development of CBDCs has been more geared towards wholesale uses — i.e. for transactions between banks. (It remains undecided what a form a digital dollar might take, but there are several signs, including a section on financial inclusion in a recent Fed report on the future of the dollar, that a retail component is being seriously considered)

If this all sounds like a lot to keep track of, CBDCTracker.org and the Atlantic Council both offer global overviews of the race to issue digital fiat currencies.

And if your job involves central bank policy, perhaps now would be a good time to book a Caribbean cruise.

Nanny state, meet the proctor state: The use of AI-powered software to detect cheating on exams is once again under public scrutiny, due to its unintended, hard-to-confirm, sometimes disastrous results. I called Oren Etzioni, the CEO of the Allen Institute for AI, and asked him about how facial recognition is used, misused, and what might be done to make it better. Our conversation, lightly edited for clarity, follows:

What do the developers of AI-based “cheating detection” software do to prevent it from being misused?

It’s been documented over and over again that they [developers] haven’t in the past taken into consideration what happens when it’s used on people of color, or what happens in what you might call corner cases, or cases that are not anticipated.

I would guess that the people at Amazon say, look, we’re building a building block, we’re going to make it as good as we can, and then it’s really up to the users to figure out how to use it. If you build a hammer, it can be used in lots of different ways, and when you’re building a gun, there’s obviously a different burden, right? A gun can be used by good people, by bad people, all too often by bad people. But facial recognition is not a gun. Facial recognition is a basic technology building block.

If developers were to give more thought to those precautions, what could they do?

The practical things to do are more social mechanisms, which might be having a comment period for new technology, or transparency around the data set that’s being used to train it. Another one is having an open audit of the technology — there should be an API that can be used to interrogate it externally, so the ACLU, or POLITICO, or anybody else can fire queries at it and see when it works and when it doesn’t.

What role should regulators play in this process?

I absolutely believe there’s a role for regulators to play, but we’ve seen time and time again that regulation can also be very flawed.

The GDPR has basically resulted in a kind of collective punishment for billions of people who have to click “yes” to get to the content they want without any real value for privacy. It’s just created this extra click. Another example is the concept of the “right to an explanation,” which sounds reasonable, but if you look under the hood the explanations of the conclusions drawn by deep learning systems are typically either incomprehensible, or overly simplified and inaccurate.

At the end of the day, regulation is often a blunt instrument that’s misused. — Derek Robertson

In his book “Retromania,” the critic Simon Reynolds described our current pop culture in a state of “hyper-stasis,” stuck endlessly recycling old myths and icons in lieu of creating new ones.

Add another to the pile… well, sort of: The DeLorean Motor Company announced today a new, all-electric model of the iconic gull-winged sedan, dubbed the “Alpha 5.” (This is not the same company that built the car you might be thinking of, but a San Antonio-based organization that started out selling parts for the old DeLorean before purchasing the naming rights for their new vehicle.)

DeLorean’s website promises that as part of the “journey to ownership” of the Alpha 5, the company will be “Bridging the physical universe with the metaverse.” (I’ve emailed the company to ask about what this might entail, but haven’t yet heard back.)

Whatever the reality of the product ends up being, the concept is an appropriate mash-up for our times — a new version of an old project, backward-looking in style but (notionally) futuristic in its technology. — Derek Robertson 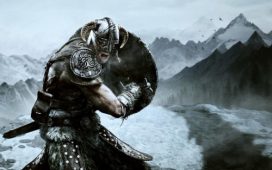 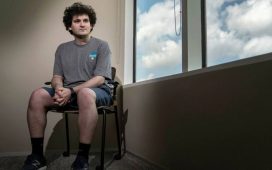 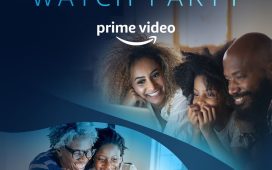 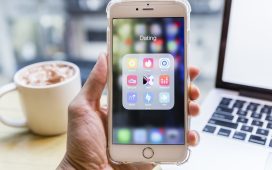 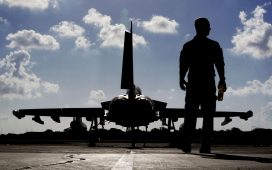 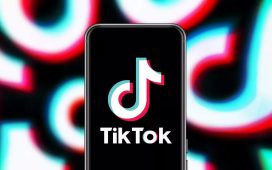