Week one of the third national lockdown and the Urswick school in Hackney, north-east London, was deserted. Just 35 out of a total roll of 890 pupils were present on Thursday, meaning there were two teachers for every child on site. At home, hundreds were still without laptops, with no clarity as yet on how free school meals would be delivered.

While many schools in England have complained of too many children of key workers turning up this week, at Urswick the rows of white benches in the school canteen were unoccupied, the playground empty, and classrooms normally packed with youngsters contained just one or two pupils.

The rest were learning remotely again, and though teachers feel better prepared this time, huge challenges remain. The headteacher, Richard Brown, is still waiting for 250 laptops promised by the government. Until these come through, his pupils’ capacity to learn is severely restricted, and there are too many still without to consider allowing them all on site.

The first 150 devices arrived in July, too late to be of use during the March lockdown. Meanwhile boxes and boxes of Covid tests, delivered promptly by Royal Mail on Monday ready for the start of term, sit unused following the government’s latest U-turn.

Even if every child has a suitable digital device, not all are able to engage online and some have real physical barriers. “A lot of children don’t have somewhere to work. It’s literally about how many children are living in the house and how many bedrooms they’ve got.”

One of the reasons Brown’s school may be empty is that anxiety among local families is high, with soaring Covid infection rates locally (946 per 100,000), and the Homerton hospital nearby – where many parents work – is under extraordinary pressure.

The Urswick ranks as the most disadvantaged secondary school in London and the fifth most disadvantaged in England. Sixty-seven per cent of pupils are eligible for free school meals, yet few of the vulnerable children entitled to a school place during lockdown, alongside children of key workers, have turned up this week.

“I’m most concerned about these children, whose parents have decided not to send them to school,” said Brown. While the quality of remote education and the disproportionate impact of learning loss on the poorest children is a major concern, safeguarding is also a worry.

The school’s deputy head, Martha Braggins, is the designated safeguarding lead. “I know from talking to some students that [the last lockdown] was a miserable experience. We had students stuck in houses with domestic violence going on. Students with parents with alcohol issues. Students who were scared of parents who have been reported for abuse in the past. Their world retreated to the insides of their bedroom.” Some did not leave their homes for months on end.

Scattered in small offices and classrooms around the light, airy building, teachers conducted live online lessons to fidgety children stuck behind a screen in kitchens and bedrooms. The day after Trump supporters stormed the US Capitol, Braggins taught an A-level American politics class remotely. “You can get an instant response and they can ask questions, but it’s clunky. People talk over each other.”

Zahra, 17, is at home taking part in an A-level psychology class with 11 home-based classmates, while their teacher and sixth form director, Youlande Harrowell, is in school leading a lesson on the psychologist John Bowlby’s maternal deprivation hypothesis. “At times the wifi can be a bit fuzzy,” says Zahra. “So far it’s all right.” With five siblings, finding space to study is a problem and she also has to help them with their work.

Zahra’s classmates’ heads bob around silently on screen as she talks. “A lot of people underestimated the resilience of the young last time,” said Harrowell. “But the students care a lot about their education. They’ve been very proactive and engaged.”

Cira, 13, spent the last lockdown at home, getting on with her lessons. This time she feels lucky to be in school, though she misses her friends who are not there. “It’s good because you get to have a one-to-one with your teacher which is a good opportunity.”

Likewise Hanae, 11, feels fortunate to have been in school for both lockdowns, first at primary and now at Urswick. “I’ve not missed a lot of school. I’ve been keeping up with my work. I’m one of the lucky ones.”

Brown and his team worked hard to help pupils catch up last term, with extra English and maths tuition wrapped around the school day and on Saturdays for those in need. Does he think the experience of repeated lockdowns will have a lasting impact on his pupils? “Our job is to make sure it does not,” he said. 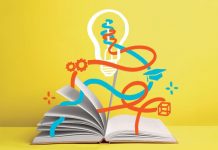 How Innovative Employers Will Invest Their Education & Learning Dollars In 2021

Boris Johnson: English schools 'priority' for reopening but no date yet – video

UK teachers and parents: Share your experience of education during the second Covid wave 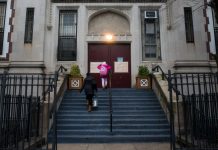 Biden Is Vowing to Reopen Schools Quickly. It Won’t Be Easy.

Drexciya: how Afrofuturism is inspiring a memorial to slavery at sea

Can you solve it? Irresistibly small and intolerably cute 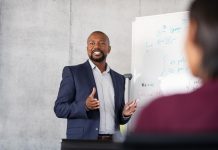 5 Ways A Personal Coach Can Help You Succeed 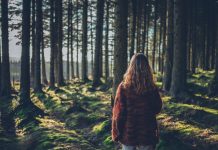 Education And The Necessity Of Confusion 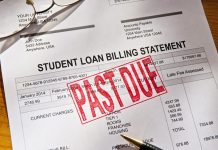