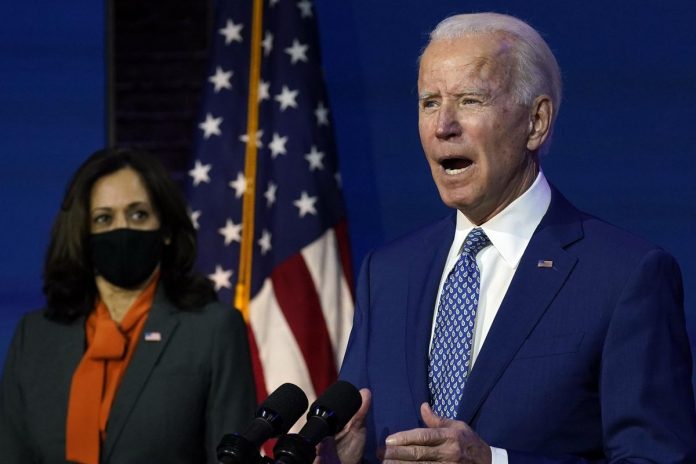 After the Biden administration took steps to suspend new oil and gas permits and halt lease sales on federal lands and waters, there’s been much talk about how the move wouldn’t impact the energy industry too dramatically.

The theory went that only a sliver of U.S. output – about 25 percent of oil and 10 percent of gas – is produced on federal lands and waters. The vast majority of operations are on private lands.

It was also noted that the Biden administration wasn’t turning off the faucet entirely. Companies that already hold acreage and permits to drill may continue, and indeed, many have stockpiled federal drilling permits in recent months, limiting the near-term impacts on production.

While all true, those arguments ignore the troublesome side effects of Biden’s actions. In the West, for instance, Biden’s restrictions could have a much more significant impact by strangling gas development in the region – and not just on federal lands.

Any gas producer in the West will tell you that it’s almost impossible to avoid federal lands, even if when drilling on state or privately-held acreage because most shale or “tight” gas plays straddle federal lands.

That is the nature of horizontal drilling and fracking. The technology and drilling strategies that made the shale revolution possible – and turned pre-pandemic America into the world’s top oil and gas producers – allows drillers to unlock resources underground miles from the drill pad.

As the head of a major oilfield services provider, I can tell you that operators can’t just zig-zag their way through underground rocks to avoid federal mineral deposits. Believe me, if producers could operate only on non-federal land, they would do it, because federal land is more costly and the bureaucratic process required to begin operations takes longer.

Gas-prone plays that fall under a great deal of federal control include the Powder River Basin of Wyoming, Colorado’s Piceance Basin, and Utah’s Uintah Basin. In areas like these, it often requires an adjacent lease on nearby land to optimize extraction of the gas reserves in shale rocks, whether because of geology or topography. Under Biden’s crackdown, if any of that land is federal, the entire project would be blocked.

It’s also not uncommon for producers to try to develop a water well on private, state or tribal land but run into ownership issues. The nature of land ownership in the West is such that there is often a closely interlocking patchwork of land ownership – with tribal lands next to federal plots, next to private areas, next to state lands. That points to more above-ground and sub-surface issues as the Biden restrictions take effect.

On Jan. 27, Biden directed the Interior Department to pause all new oil and gas leasing on federal lands and waters indefinitely, following through on a campaign pledge to satisfy the anti-fossil fuel segment of his coalition.

Interior says the pause will allow it to examine whether its leasing program serves the public interest and is striking the appropriate balance with competing priorities, such as climate change, wildlife habitat and clean water.

The oil industry, particularly Western producers, will no doubt strongly oppose restrictions in public comments to Interior. The review is so complex that it could take years to accomplish, which effectively moves it from a temporary ban to a long-term moratorium.

The Interior Department under Biden is trying to justify the ban by saying that 26 million onshore federal acres are currently leased to oil and gas companies, and 53 percent of those leases are considered unused or nonproducing. The industry is also “sitting on” 7,700 approved permits to drill, Interior says.

But the argument that the industry has plenty of unused drilling permits to keep it busy is a blanket statement that doesn’t apply to every company. Just because one firm has enough leases in its back pocket doesn’t mean that another does. Management teams run companies differently based on market conditions and strategic priorities.

The broader Biden goal is to reach national carbon neutrality by 2050 in line with targets set by a growing number of nations and corporations, which would require fossil fuels to be gradually phased out or paired with carbon offset or capture technology.

That is a tall order for the world’s largest oil and gas producer. And it’s why some industry officials hope to persuade the Biden administration to ease up on restrictions. Eventually, industry believes the moderate, centrist Biden will reemerge.

In today’s highly polarized political environment, though, that may be wishful thinking. It’s no surprise that top industry groups, including the Western Energy Alliance, are already filing legal challenges against the administration.

The Alliance reckons the Biden ban on public lands will cost the U.S. economy $670 billion over the next 20 years and hammer jobs in an industry already struggling after two price collapses over the past six years.

In court, the outlook for producers is much better. After all, the primary law governing federal leasing and permitting is the Mineral Leasing Act, which states that the Interior Secretary shall hold quarterly lease sales. Shall, not may. That’s about as cut and dry as it gets.