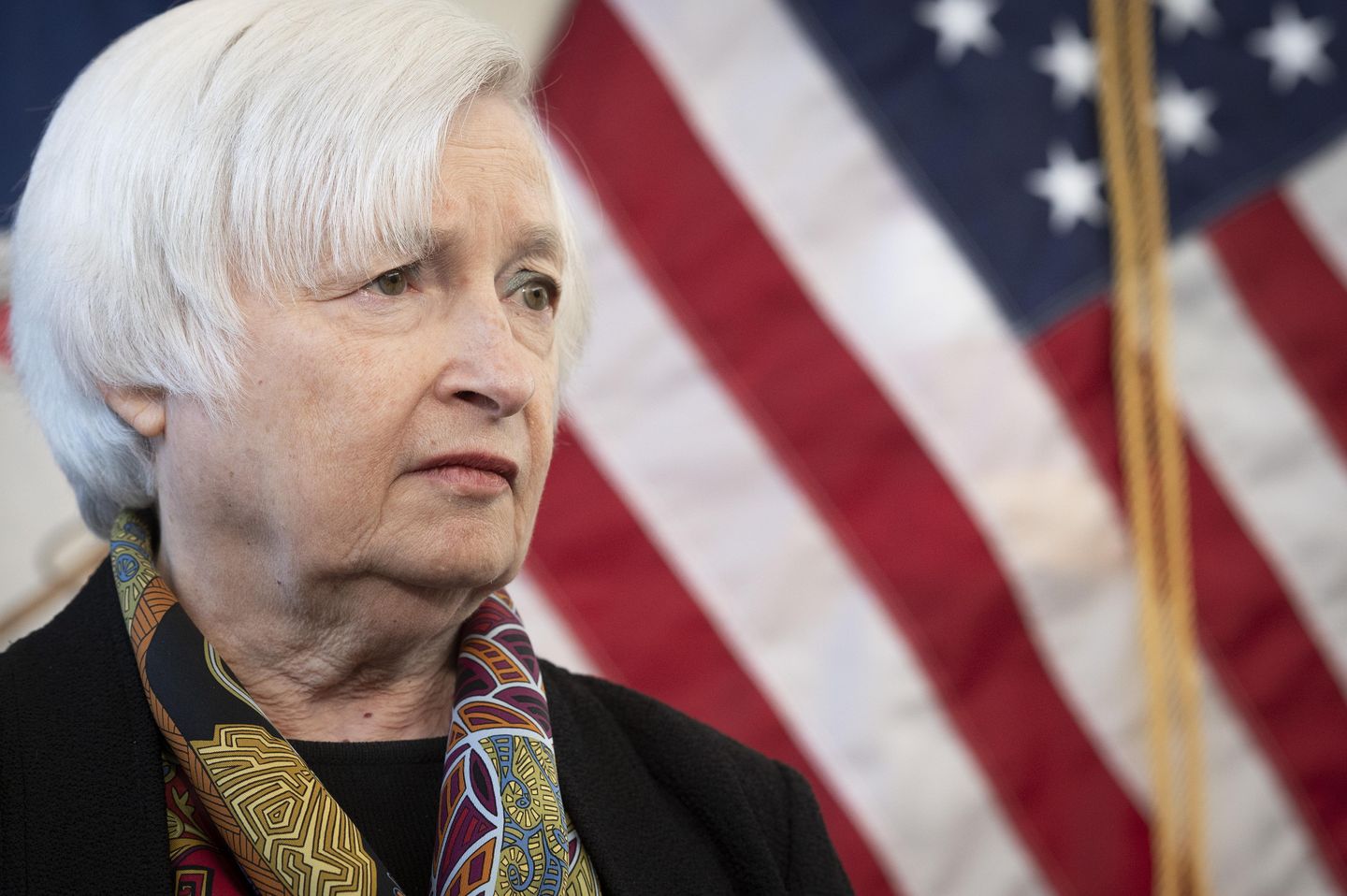 The federal government will bump up against its borrowing limit next week, the Treasury Department said, putting Congress on notice that it must approve an increase or risk Uncle Sam not being able to cover the bills.

Secretary Janet Yellen said Friday her department will use other tools to cover payments, but those tools can only last so long. Once they run out, if Congress and President Biden haven’t agreed to an increase in borrowing authority, the government will only be able to pay according to income.

The current debt limit is $31.381 trillion, which was set in mid-December 2021, when Congress approved a $2.5 trillion increase. It took roughly 13 months to pile up that much red ink.

Ms. Yellen said it’s too early to say how long her other tools can bridge the gap, though she said it will likely extend at least into June.

“I respectfully urge Congress to act promptly to protect the full faith and credit of the United States,” she said in her letter to new House Speaker Kevin McCarthy, California Republican.

Raising the debt limit is always a tricky vote, with conservative lawmakers on Capitol Hill reluctant to approve massive increases that they say fuel the federal spending binge. Liberal lawmakers are usually more willing to approve increases, though they sometimes withhold votes to increase the pain for Republicans.

This next increase could be particularly rough for the new House GOP majority.

Conservatives have insisted they must win major concessions as part of any increase, though Democrats control the Senate and the White House and will be reluctant to deal.

“Defaulting on the full faith and credit of the United States should never be an option, and I am tired of Republicans thinking it’s acceptable to use our economy as a political hostage to try and force an extremist and deeply unpopular agenda,” the Pennsylvania lawmaker said in a statement.

The debt debate comes as the government’s fiscal picture is looking grim.

The annual deficit peaked at $3.1 trillion in fiscal year 2020 as proposals to address COVID-19 sent spending through the roof. The deficit slipped to $2.8 trillion in 2021 as the pandemic needs slackened a bit, then dropped to $1.4 trillion last year.

But three months into fiscal year 2023, the deficit is ticking back up. It reached $421.4 billion over that period, compared with $377.7 billion during the same months last year.

The deficit is the current gap between revenue and spending. Debt is the accumulation of deficits over the years.

So far in 2023, Uncle Sam has brought in about $1 trillion in revenue but spent $1.4 trillion, meaning the government has had to borrow 29 cents for every dollar spent.

If no debt increase is forthcoming, it’s not clear what exactly would happen. But one option is that the government would instantly be unable to borrow, so spending would be cut by 29%.