Albanese now asked about the specifics around a First Nations Voice to Parliament and whether a referendum can be held given it needs bipartisan support.

“I don’t want to wait,” he says. “This has been a change that’s been. along time coming.”

“This is a nation changing moment. Just as the apology to the Stolen Generations made our country stronger, this is a generous offer from First Nations people. All they’re asking for is a bit of politeness, basically, good manners. It says that if you have an issue, that affects directly the health, education, housing, lives of first nations people, you should consult them. That’s what a voice to parliament is. It’s not a third chamber.”

Questions now turn to housing policy and the national debt.

Albanese says he will support the government’s proposal to allow empty nesters to roll $300,000 from the sale of their home into their superannuation fund.

On the national debt, the Labor leader stresses that his government will be “fiscally responsible”

“Debt is a product of inputs and outputs, David. What we’re saying is that our investments are boosting the inputs, making sure we put downward pressure on debt, making sure we’re fiscally responsible.”

“The other thing we’ve done is clearly indicate that the departments of Treasury and finance will be tasked this year to go through line by line and to get rid of the waste and rorts that are riddled through this budget.”

Albanese now talking about how those on minimum wage are “doing it really tough”.

“This government has had a conscious effort to put downward pressure on wages. They say it is a key feature of their economic architecture and to be fair to them, they have delivered just that – real wage cuts. We say that people should be lifted up, that everyone should have a stake in the economy.”

Worth noting that Labor ruled out conducting a review into social security payments, which remains below the poverty line, in its first term of government.

Labor leader Anthony Albanese appearing on ABC Insiders now, opening with a cheeky comment about how “it’s good to have a political leader appearing on the ABC”.

First question is about cost of living and an increase to the minimum wage, which Albanese uses to wedge the government.

“There is a very clear divide here. A government that says that low wage growth was a key feature of their economic architecture and Labor that says that, “We want an economy that works for people, not the other way around” and that people who are on minimum wages are doing it tough.”

The 46-year-old was involved in a single-vehicle crash late on Saturday.

Queensland Police are investigating the crash, which occurred at Hervey Range, about 50km from Townsville.

“Early information indicates, shortly after 11pm the car was being driven on Hervey Range Road, near Alice River Bridge when it left the roadway and rolled,” a police statement read.

“Emergency services attempted to revive the 46-year-old driver and sole occupant, however, he died of his injuries.”

Symonds played 26 Tests for Australia and was a crowd favourite in the short format game as a big-hitting allrounder.

In recent years Symonds had worked as a TV commentator for Fox Sports and was a regular on the microphone for Big Bash League broadcasts.

Ten people with Covid-19 have died overnight in Victoria. The state recorded 10,197 new cases on Sunday, with 528 people in hospital, 27 in ICU and four on ventilation.

Four people with Covid-19 have died in New South Wales overnight, with the state recording 9,036 new cases on Sunday morning, 1,377 people in hospital, and 59 in ICU.

Ukraine is currently ahead in the Eurovision song contest after receiving a boost with the popular vote.

Australia is currently on 125 points.

In mid-2008 Symonds was stopped from playing over disciplinary issues and announced his retirement from the sport in February 2012.

Major flood warnings remain in place for some parts of southeast Queensland as the rain eases slightly, AAP reports.

Between 200 and 300mm fell across the state over 48 hours, the Bureau of Meteorology said on Saturday.

The state’s highest rainfall was 179mm at Bellthorpe, located between Brisbane and the Sunshine Coast.

The Mary River, which runs through Gympie, is expected to peak at about 16m with major flooding possible at Tiaro late Sunday morning.

Rainfall dropped considerably on Friday night with only 10 to 20mm recorded over a six-hour period.

“That easing trend is good news,” the bureau’s Matthew Collopy said on Saturday.

But there are still major flood warnings in place for the Condamine, Logan and Bremer rivers, and the Warrill, Laidley and Lockyer creeks.

Most of those waterways have already peaked or will peak later with flood warnings easing over the next few days.

Acting Deputy Police Commissioner Shane Chelepy has warned residents not to get complacent.

“While we’re seeing the rain easing…we still have a number of creeks that are flowing,” Chelepy said on Saturday.

Eighty-seven buildings have been affected by flood waters in Warwick, with 49 people using shelter services due to the Condamine River breaking its banks.

All Queensland beaches have been closed over the weekend due to coastal erosion and heavy surf conditions.

Queensland Emergency Services Minister Mark Ryan said schools should resume on Monday unless cut off or damaged by floods.

Another live blog opens on another Sunday morning as we head into the final week of the 2022 federal election.

It is looking like it will continue to be wet and wild in Queensland today where both Scott Morrison and Anthony Albanese will begin the day.

Morrison is in town to officially launch the Coalition’s election campaign – a week out from polling day – where the party is expected to announce a plan to allow Australian’s over 55 to plow $300,000 from the sale of the homes into superannuation. More on that later.

Labor, meanwhile, will be promoting its $1bn advanced manufacturing fund which it wants to use to rebuild the country’s manufacturing base. The fund will be designed to build capabilities in transport, defence, food processing, medical science and renewables.

The Coalition has flagged it will ask the Australian Electoral Commission to investigated Labor’s candidate for Parramatta, Andrew Charlton over an alleged breach.

I’m Royce Kurmelovs, taking the blog through the day. With so much going on out there, it’s easy to miss stuff, so if you spot something happening in Australia and think it should be on the blog, you can find me on Twitter at @RoyceRk2 where my DMs are open.

With that, let’s get started … 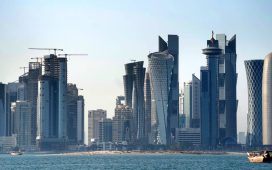 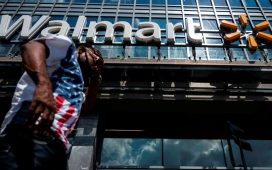 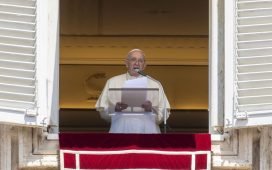 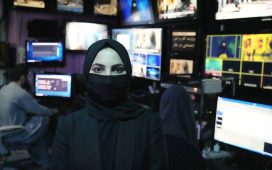