Oil and gas wells are abandoned when production is stopped permanently. Perhaps oil and gas production drops to a level where income is less than well maintenance cost, or where water cut (barrels of water versus barrels of oil produced) becomes so large that costs to dispose of the saltwater are too high.

Some of these are called orphan wells because the owner cannot be identified. A company that drilled the wells has gone bankrupt and disappeared.

Nowadays, there are regulations that apply to abandoned wells. They have to be plugged by pumping cement down the wells so that neither oil nor gas nor water can flow up to aquifers or up to the surface.

Usually, oil and gas companies have to pay, to the state, a bond ahead of drilling to insure wells against abandonment and to cover the associated costs of plugging the wells. However, in past history the bonds have not been close to the costs of plugging wells, and a state has often been left with a long list of unplugged wells they are slowly working through to fix them. Here are some examples.

Abandoned wells in the USA.

According to the EPA, there are over 3 million abandoned oil and gas wells in the USA. Worse, about 2 million of these wells have not been plugged, and may be responsible for polluting aquifers and drinking water, for surface spills, and for health problems. Methane, more damaging than CO2, can escape a well and contribute to global warming.

Nowadays, a driller has to pay a bond to insure a well against abandonment. Current bond costs of $20,000 – $40,000 are based on traditional vertical wells. But this is a gross underestimate since wells that are fracked, especially horizontal shale wells, are more likely to cost $300,000 to remediate.

Using updated well plugging costs leads to a range of $300 – $435 billion to reclaim all the abandoned wells across the USA, according to the US Government Accountability Office. It’s a huge amount of money.

It’s a bad situation. Well owners are sometimes in default, promising but not practicing cleanup responsibility. If owners can’t be found, the state has to takeover the reclamation, and they strive to reclaim a fraction of the wells each year, but they never catch up.

So the feds have stepped in, and have documented 130,000 orphan wells across the US. As improbable as it sounds, New York State has used drones carrying magnetometers to find orphan metal well casings in the ground.

The Infrastructure Bill of 2021 designated $4.7 billion to plug orphan wells, whose owners have disappeared. The feds aren’t completely solving the problem, but will make a large dent in it and also put a lot of people to work.

A big question is: How much carbon emissions are saved by plugging all these pesky wells?

One example concerns a ranch out of Monahans, in West Texas, 35 miles from Odessa, where wells were drilled for oil back in the 1940s and 1950s. As the wells aged, the water cut increased so much that wells were abandoned or modified to water disposal wells.

Now, decades later, saltwater has been leaking up some wells bought by Chevron when they acquired Gulf Oil in the 1980s. The saltwater polluted freshwater aquifers and caused spills on the ground surface that killed mesquite trees. In one case, the high-pressure water burst upward as a geyser.

The owner of the ranch, Ashley Watt, has testified that a groundwater well close to her home has become saltier than the ocean. “The citizens of Texas, and especially those of us who live in the oil fields, deserve safe and clean groundwater,” she said according to the report.

Chevron have plugged one particularly difficult well and have worked on others. But in general Watt has been frustrated by the nature of the recurring pollution and the level of help needed to resolve the problem in a timely manner.

Watt insists that Chevron should clean up degraded and rusting oilfield equipment, surface spill damage, and dead mesquite trees. But they should also test and re-plug properly all the abandoned wells that are found to be leaking – and test those that have the potential to leak.

New Mexico is the second largest oil producing state, after Texas. The Delaware basin in the southeast corner of the state contains the highest amounts of oil and gas ever assessed by the US Geological Survey. Its one of the premier basins in the world.

The state also has lots of abandoned wells, as Texas does. New Mexico has about 1,700 orphan wells and have just received a $25 million grant for orphan well cleanup. The money comes from the US Infrastructure Bill that was passed in 2021, and a total of $560 million has been sent to 24 states. The grant is effective on October 1, 2022.

The state has been plugging about 50 wells per year through its own Reclamation Fund that was started many years ago. Bonding was increased in 2018 to offset wells abandoned by companies who went bankrupt.

The federal grant will obviously allow more wells to be reclaimed every year and will provide jobs for oilfield workers.

The above was taken from a press release issued by the governor, Michelle Lujan Grisham, on August 25, 2022.

About 2 million abandoned wells in the US have not been plugged, and are capable of polluting aquifers and drinking water, and causing surface spills and health problems. Methane, more damaging than CO2, can escape and add to global warming.

Bonds paid by drillers have not been close to covering the costs of plugging wells, and states have often been left with a long list of unplugged wells they are slowly working through to reclaim.

The Infrastructure Bill of 2021 designated $4.7 billion to plug orphan wells, whose owners have disappeared. The feds aren’t completely solving the problem, but will make a dent that also puts a lot of people to work.

The well plugging initiative is not a large arrow in the quiver of President Biden’s plans to reduce carbon emissions by 50% by 2030.

In the Permian basin of West Texas, saltwater has been leaking up some wells owned by Chevron. The owner of the ranch insists that Chevron should clean up degraded oilfield equipment, surface spill damage, and dead mesquite trees. But they should also test and re-plug properly all the abandoned wells that are leaking or at risk of leaking.

New Mexico is the second largest oil producing state, after Texas. New Mexico has about 1,700 orphan wells and have just received a $25 million grant for orphan well cleanup. The money comes from the Infrastructure Bill that was passed in 2021. The grant will allow more wells to be reclaimed every year and will provide jobs for oilfield workers. 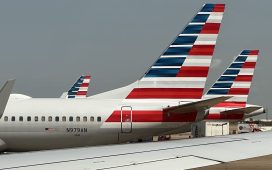 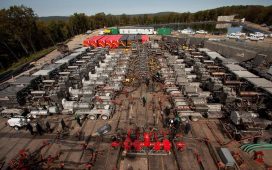 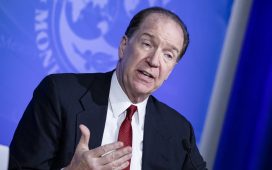 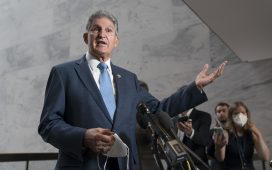 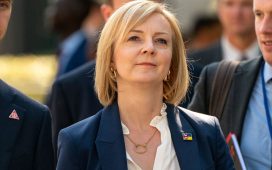 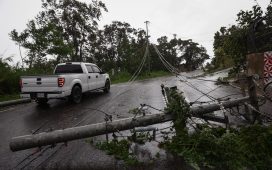 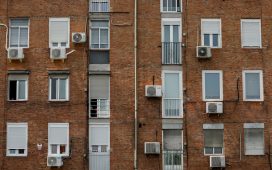 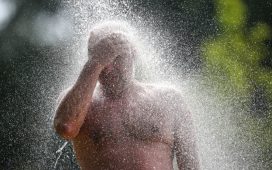