Voters’ fears about the economic impact of coronavirus lockdowns appear to have helped president Donald Trump outperform pollsters’ expectations and brought the US election down to a nail-biting finish.

While ballots are still being counted, that performance likely shows the continued resonance of anti-lockdown rhetoric in an election where, especially for Trump voters, economic health came first.

The still evolving election result also shows the difficulty of delivering a nuanced public health message when Covid-19 cases are surging in the US and scientists, public health professionals, journalists and even doctors are under assault from the president and his allies.

“No one is saying let’s shut down the economy,” said social epidemiologist Natalie Linos, executive director of the Harvard University FXB Center for Health and Human Rights. However, multi-pronged messages about throttled economic re-openings, mask-wearing and social distancing are “complicated” to get across. “For people who haven’t had firsthand experience of the health impact of Covid it may seem unnecessary,” said Linos.

Exit polls show economic concerns were top of mind for voters, even for voters who had not yet experienced personal hardship because of the pandemic. Both a CNN and a New York Times exit poll showed Trump voters’ main issue was the economy with the coronavirus pandemic in fourth place in the Times survey, behind crime and health policy. Racial inequality beat the coronavirus into second place as the deciding issue for Democratic voters.

Broad-based shutdowns in March and April brought economic worries to places such as the rural upper midwest long before the virus was widespread there. Political scientist Kathy Cramer, from the University of Wisconsin-Madison, said this is certainly the case in Wisconsin, where an edge-of-your-seat finish is now playing out.

“There is no doubt that, in general, people were experiencing economic effects more than the health effects of the pandemic,” especially in the spring and summer, said Cramer. Cramer is also author of the Politics of Resentment: Rural Consciousness in Wisconsin and the Rise of Scott Walker.

In the waning days of the campaign, one of Trump’s primary lines of attack on his opponent Democrat Joe Biden, was that he would “lockdown” the economy again, and make the US into a “prison state”. Meanwhile, Biden focused predominantly on a message of unity and of criticizing the president’s Covid-19 response.

Early lockdowns used, “a bazooka rather than a BB gun,” to control the virus, said Dr Howard Markel, a pandemic historian and pediatrician at the University of Michigan school of public health. Michigan is another swing state still too close to call, and is among five Biden must perform well in to win. “There are places that got locked down, along with other high-risk places, that were locked down that may not have needed to be locked down that quickly”.

The fact that public health professionals are no longer calling for broad-based lockdowns – including White House coronavirus task force advisor Dr Deborah Birx – is not a message that seemed to reach some voters.

“What’s not being said, maybe by Democrats, is, ‘Hey, American people, don’t believe this malarky,’” said Markel. “But if the president keeps denigrating these people – like ‘fire Fauci’ – then half the people don’t believe they’re telling the truth,” Markel said, referring to a recent chant to oust the nation’s preeminent infectious disease expert, Dr Anthony Fauci, head of the National Institutes for Allergy and Infectious Diseases.

The virus control measures might also have been seen as heavy-handed by many of Trump’s white voters, because the pandemic has had a disproportionate effect on racial and ethnic minorities, who supported Biden in larger numbers, and the fact that the virus did not reach many rural areas until much later in the pandemic.

By June, a Washington Post-Ipsos poll found one-in-three black Americans knew someone who had died of Covid 19, compared to one-in-10 white Americans. According to exit polls, Trump held a 15% advantage over Biden with white voters.

By contrast, Biden focused on the administration’s missteps in the pandemic, and held a 34% advantage over Trump among Latinos, the group which has arguably suffered the worst economic and health effects of the pandemic.

“In places like Wisconsin, that did shift a bit over time,” said Cramer. “Wisconsin is a place that has experienced an incredible surge in recent weeks.” But even the recent wave of infections, “has focused around the Green Bay [metro] area,” an urban area that helped push Biden to lead Trump in the state overall.

Cramer said early data appear to show Trump’s support has actually increased in rural America, and in parts of the south and midwest such as Oklahoma, Mississippi, Arkansas and Iowa.

“Part of it is economics,” she said. “Race is a big element here, but it’s all of that together,” said Cramer. “Standing up for small business and de-regulation and white folks has reinforced, for many people, that he is their person.” 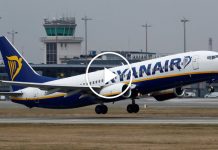 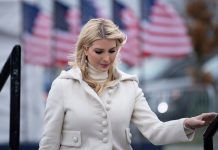 Ivanka Trump says she was deposed for 5 hours in inaugural spend probe. Here's what she failed to mention

Nestlé reveals the costs — and benefits — of getting to net zero emissions. 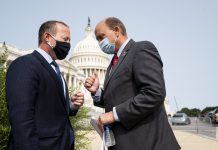 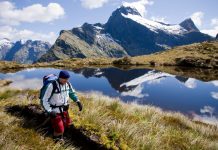 A 4-Day Workweek for 5 Days’ Pay? Unilever New Zealand Is the Latest to Try

9% hike in education property taxes is forecast for Vermont

Congress still a wreck on stimulus 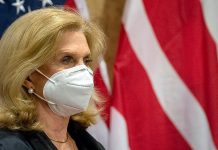 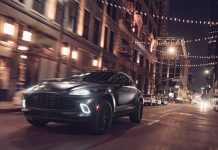 The S.U.V.-ification of Everything Comes to Classic British Marques