A Starlink satellite terminal, also known as a dish, setup in front of an RV.

SpaceX, which is controlled by Elon Musk, had been awarded $885.5 million in the FCC’s $9.2 billion auction in December 2020 under the regulator’s Rural Digital Opportunities Fund. The company sought funding to provide satellite internet service to nearly 650,000 locations in 35 states, the FCC noted.

The FCC subsidies are designed to be an incentive for broadband providers to bring service to the “unserved” and hard-to-reach areas of the United States.

In a press release, the FCC said both Starlink and LTD Broadband – another company that initially was awarded $1.3 billion in subsidies under the program – “failed to demonstrate that the providers could deliver the promised service.”

“We must put scarce universal service dollars to their best possible use as we move into a digital future that demands ever more powerful and faster networks. We cannot afford to subsidize ventures that are not delivering the promised speeds or are not likely to meet program requirements,” FCC Chairwoman Jessica Rosenworcel said in a statement.

Rosenworcel added that SpaceX’s technology has “real promise” but emphasized that Starlink is still “developing.”

SpaceX did not immediately respond to CNBC’s request for comment.

Notably, the FCC’s auction in December 2020 represented the first phase in the total $20.4 billion RDOF program – meaning SpaceX will likely bid in later auction rounds for the remaining funds. Musk’s company was the 4th highest awardee in terms of dollar value in the first auction among 180 bidding companies.

Starlink is the company’s plan to build an interconnected internet network with thousands of satellites, designed to deliver high-speed internet to anywhere on the planet. SpaceX has launched more than 2,700 Starlink satellites to orbit, and the service had more than 400,000 subscribers as of May. The company has raised capital steadily to fund development of both Starlink and its next-generation rocket Starship, with $2 billion brought in just this year.

The FCC’s denial of Starlink from the RDOF program comes soon after a separate but crucial authorization for SpaceX to provide mobile Starlink internet service to boats, planes and trucks. 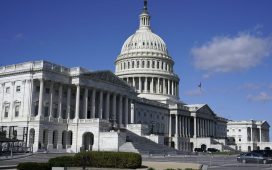 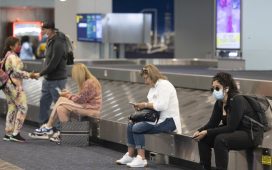