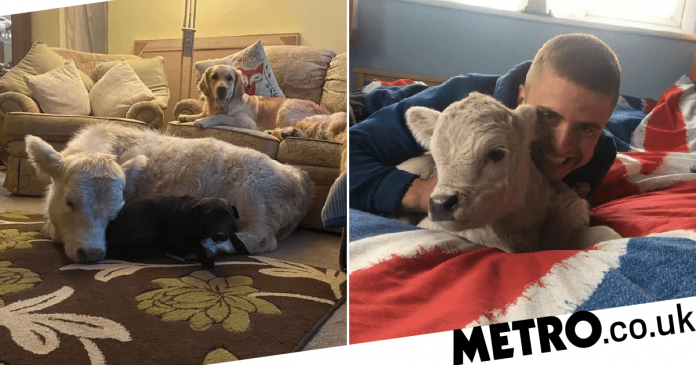 Honey the cow had an unusual start to life. She was born as a result of ‘an illicit liaison between a Charolais bull and a Dexter heffer that went a little bit wrong.’

Her mixed breed meant she had to be delivered by caesarian section, and she was ill when she was born.

Not only was her birth story a little different, she also lives very differently from other cows – in a house with a human family.

Ten-month-old Honey was taken in by the Northmore family, who live in Cornwood, Ivybridge, and loves nothing more than watching the news and
snuggling with her canine brothers and sisters.

Carolyn Northmore, who works at South Moor Vets, says they decided to keep their gorgeous new family member after her 18 year-old daughter Molly was furloughed from her apprentice job due to the pandemic.

‘Molly’s got an inherent love of the animal,’ Carolyn said.

‘Molly took her under her wing and reared her. Molly didn’t give her a chance to die.’

Honey isn’t the only furry friend in the Northmore household, the family also have two Golden Retrievers, three Terriers and a Colley, as well as horses and cats- and even a goat.

The calf has also become friendly with Rachel the sheep, who lives outside in the family’s garden.

Carolyn said: ‘She came indoors because it was too cold for her to stay outdoors back in March. It’s one of those really happy coincidences.

‘When she was first born she wasn’t much bigger than a Terrier. She was tiny. The happy thing is the father and mother are now pregnant and the father is a proper working bull.

‘She’s a complete and utter pet. A slightly stubborn pet at some points. I kid you not she’s completely clean in the house.


MORE : Woman shares awful text she mistakenly received from man while on their first date 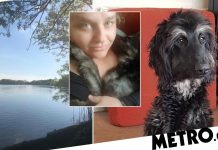 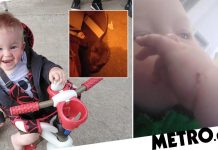 Toddler rushed to hospital after giant rat bit him in sleep 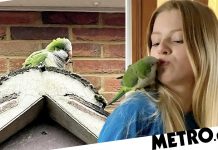 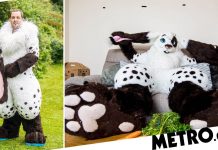 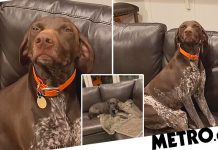 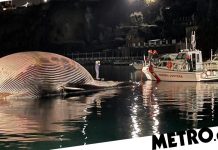 Huge whale removed from port of Sorrento in Italy 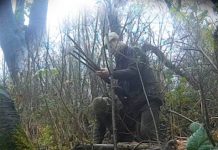 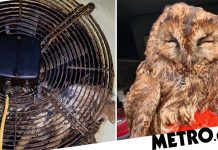