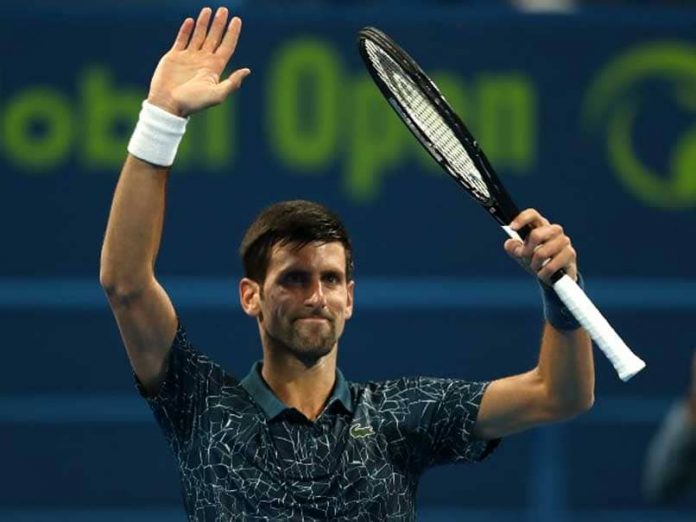 He added: “Results-wise and time-wise it did look quite comfortable (but) I don’t think it’s nice and fair to say it’s easy because I have respect for Dzumhur.”

Djokovic, who has won the last two Grand Slams – at Wimbledon and the US Open to take his majors total to 14 – completed the match in under an hour by predictably converting his first match point.

The 31-year-old, who has made it clear he wants to match or better Roger Federer’s record of 20 Grand Slams, was untroubled throughout.

Djokovic said he hoped that news of his comfortable victory in Doha “travels” to his rivals around the world.

“You do follow, especially what your top rivals are doing, who are they playing, watch highlights,” he said.

Djokovic’s record in Doha is now 13 wins and just one defeat and his path to a potential third title in four years – playing in Qatar is an established part of his warm-up for the Australian Open – was helped by results elsewhere as the two other highest ranking seeds were defeated at the first hurdle.

Austria’s Dominic Thiem, the number two seed, was surprisingly beaten by the world number 55, France’s Pierre Hugues-Herbert, 6-3, 7-5 in the last match on Tuesday.

The Swiss three-time Grand Slam winner won 7-6 (9/7), 6-4 to claim a notable scalp against the powerful Russian.

Khachanov, the third seed, finished last season ranked at a career-time high of number 11 and was the man who ended Djokovic’s 22-match winning streak in Paris.

He is many people’s tip to push through and challenge the established stars.

However, Khachanov had no answer to an inspired Wawrinka, currently ranked 66th in the world, as he returns from a serious knee injury.

“Today was a great match, a great level,” said Wawrinka, who has suffered an injury-plagued last two seasons.

Wawrinka and Djokovic could meet at the semi-final stage in Doha.